Carmelo Anthony is back in the NBA for what could either be his basketball swan song or a prolonged, catastrophic end to a historic career.

Over a year after his last NBA game, Anthony signed with the Portland Trail Blazers on November 14 to theoretically bring some much-needed depth to a championship-caliber team riddled with injuries. The former Syracuse star last suited up on Nov. 8, 2018 with the Houston Rockets, missed all but one of his eleven field goals and was promptly ushered into irrelevance a week later.

A lot has changed since Anthony last stepped on an NBA court, but surprisingly enough, the questions over his legacy have largely remained the same despite a year of inactivity.

There’s no doubt Anthony is a future Hall-of-Famer. He is yet to win an NBA championship — and in all likelihood, he probably won’t —but as a ten-time NBA All-Star, three-time Olympic gold medalist, NCAA champion and NBA scoring champion, Anthony has left an imprint on basketball that will remain far into his retirement.

The question that still stands is whether Anthony is capable of buying into something greater than himself. It is something that has plagued his entire NBA career since being drafted by the Denver Nuggets in 2003 with the third overall pick. Anthony lived up to the hype, turning one of the two worst teams in the league into a playoff team in his first season in Denver.

Anthony’s star grew rapidly. For the better part of a decade, many considered him one of the top 10 players in the NBA, a status befitting of the individual statistics he was accumulating. Yet the Denver Nuggets did not improve at the same rate as Anthony.

They kept making the playoffs, but were eliminated in the first round for five consecutive years. The 2008-2009 season served as a glimmer of hope, with Denver making the Western Conference Finals only to get eliminated by the Los Angeles Lakers, the eventual champions. The following season saw yet another first-round exit. Unhappy with his team’s stagnation and sniffing out a chance to further boost his legacy, Anthony wanted out of Denver.

In February of 2011, he got his wish when he was traded to the New York Knicks and returned to his hometown. Theoretically, this was the perfect opportunity for Anthony. He got to play in a big market while continuing to be the number-one option on a team with championship aspirations. But in practice, things turned out a lot different.

In his first season, the Knicks’ championship hopes were dashed after Amar’e Stoudemire, supposedly the perfect complement to Anthony’s game, went down with an injury. This would become a recurring theme for Anthony and Stoudemire’s partnership, which never quite took off. It didn’t take long for Anthony to find himself embroiled in controversy. After all, it wouldn’t be the New York Knicks without some drama.

Anthony supposedly advocated for head coach Mike D’Antoni’s departure. He was also reportedly not the biggest fan of “Linsanity,” a stretch of weeks in which Asian-American point guard Jeremy Lin, who wasn’t even drafted into the league out of feeble basketball school Harvard, became the focal point of the Knicks.

In a 2012 ESPN story, a source close to the Knicks said this about Linsanity: “Carmelo’s dream was to go to New York and be the man. That’s why he fought to get out of Denver, and all of a sudden this little guy nobody’s ever heard of is living his dream.”

Over the next several years, Anthony continued to enjoy great individual success. In 2013, he led the NBA in scoring. However, it’s also telling that the Knicks only won one playoff series while Anthony was dressed in blue and orange. From the 2013-14 season onwards, the Knicks did not (and are yet to) make the playoffs.

Questions and concerns about Anthony were raised as playoff appearances faded into the distant past. Was this really a guy who could make other players better? Did he care about the team or just himself? Is his style of play even suited to the NBA anymore?

The answers to those three questions likely are not black and white.

To be fair, Anthony has never been known as a playmaker for others, especially when you consider that the top player in the 2003 NBA class was LeBron James, a preternatural facilitator. Yet, Anthony did sporadically showcase some passing acumen, which in turn makes people wonder whether the New York Knicks or Denver Nuggets ever put the right pieces around him.

Secondly, despite everything that has been said or reported about Anthony since the start of his NBA journey, he always seemed capable of putting aside his own ego for the United States’ Olympic and international success. The lore of “Olympic Melo” surfaced in those stacked teams, with Anthony willing to ditch his regular basketball tendencies to get less touches on the ball and shoot more threes.

That leaks over into the matter of Anthony’s style of play. For more than a decade, Anthony’s bread and butter was receiving the ball in the post, jabstepping a few times and then taking a fairly difficult two-point jumper over his opponent. In layman’s terms, this is something that slows down play a lot and is unconducive to sharing the ball with the rest of the team.

For a long time, this style of play worked for Anthony. The NBA was slower-paced and suited to players who were able to make those types of difficult two-point baskets. However, towards the middle of the 2010s, the league started trending towards a faster-paced, more analytical style of play which deemed those two-pointers inefficient and focused more on getting lay-ups and three-pointers — the two types of baskets that are best to score percentage-wise.

With that trend fully in vogue now, Anthony’s long two-pointers are a relic of the past. Coaches, for the most part, no longer want their star player to run down a possession and take a tough shot. Anthony struggled to adapt to that in New York, but after he was traded to the Oklahoma City Thunder prior to the 2017-18 season, many hoped he would be able to play as “Olympic Melo” in the NBA.

Arguably, this was the case. It just didn’t quite work out. In an Oklahoma City team with two younger, more dynamic stars in Russell Westbrook and Paul George, Anthony undoubtedly played the unfamiliar role of third fiddle.

However, at the age of 33, his athleticism was no longer the same. He no longer had the same lift in his legs night in and night out for his jump shot to fall. Anthony was also a sieve on defense, so much so that a lot of Oklahoma City’s better moments that season came with him on the bench.

One year after trading flashy New York for drab Oklahoma City, Anthony packed his bags again to join the Houston Rockets, a team widely considered to be in the race for that season’s NBA championship. His stint in Houston only lasted 10 games after the Rockets got off to a 4-6 start.

Anthony’s offensive numbers during that time declined relative to the rest of his career, but they weren’t horrendous by any means. Mostly off the bench, he averaged 13.4 points per game in just under 30 minutes while shooting 32.8 percent from three — a little bit below league average, but still respectable enough.

But looking at the more advanced numbers, it’s easy to tell why this marriage ended in disaster. The Houston Rockets gave up more points with Anthony on the floor than anyone else with legitimate playing time. Anthony was never a defensive stalwart, but his offensive output used to be so great that the positives outweighed the negatives. This was also not the case in Houston, as the Rockets’ offensive firepower was extinguished in the minutes Anthony played.

A year removed from Anthony’s stint in Houston, it is tough to believe that anything has changed. If anything, it’s likely things may have gotten worse. Anthony has aged a year — a year with no real NBA action. We could be in for a surprise, though.

This is Anthony’s opportunity to grab. The Portland Trail Blazers reportedly signed Anthony to a non-guaranteed contract with a Jan. 7, 2020 cut date. This means that he has not been signed to a full-time deal and that he will most likely get cut if he does not perform.

The good news is that, much like in Oklahoma City and Houston, Anthony’s role should be fairly straightforward. Flanked by two younger, more dynamic stars (sound familiar?) in CJ McCollum and Damian Lillard who will command the opposition’s attention, Anthony just has to make his threes and give some offensive impetus to a team sorely needing it.

If Anthony can do that, much like how Dwight Howard is resuscitating his career with the Los Angeles Lakers, it could be the end that many believe an iconic career deserves. 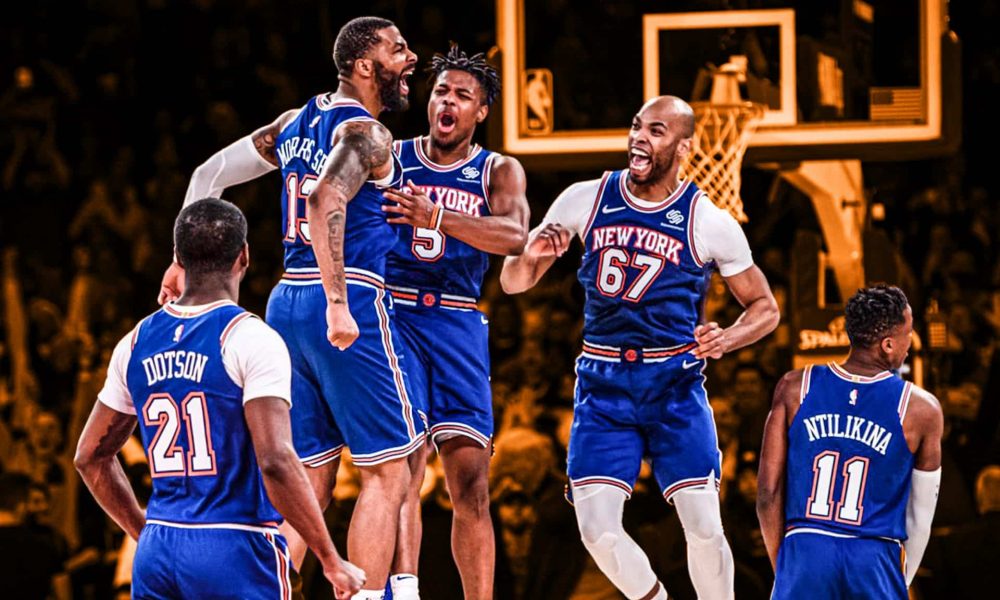