Slow in the beginning, wild in the end, Secret In Their Eyes did not grasp my attention until the first chase scene which occurred just in time before I lost total interest. That is, of course after the romance between Claire (Nicole Kidman) and Ray (Chiwetel Ejiofor) was established.

Oscar-winning actresses Julia Roberts and Nicole Kidman never fail to whip out solid performances, (with the exception of Kidman in Grace of Monaco, which I am still blaming the production team for).  Chiwetel Ejiofor, best known for his outstanding performance in 12 Years A Slave, does pass for a devoted detective as she performs at the same speed as his female counterparts. However it was hard not to be distracted by Kidman and Ejiofor’s numerous accent slips, at times sounding a bit Southern, English, then with a hint of Boston. Language aside, the micro physiognomy of all facial expressions on screen drew me in wanting more.

Roberts delivers with emotional scenes in response to the rape and murder of her daughter, which Ray, her long-time colleague and friend, vows to avenge. Consistent flashbacks from past to present create a map for the audience to follow, placing pieces together and filling in blank spaces. However you will be asking “what’s the secret?” But I guarantee the answer won’t come until the film’s final scenes, and it’s worth the wait. I was at the edge of my seat, cringing at every twist and turn the plot made once things started rolling and sped up.

Woven into its action scenes are relevant themes that place the audience in Jess’ position. What if someone raped and murdered your daughter? Would you want them to be locked up for life and rot in jail? Or should their life be taken just as they took the life of someone you loved? An eye for an eye?

This is one movie you will not be able to guess the ending of. Pieced together at its closing are the hints you might not have caught hitherto. The movie’s unpredictable nature and all-star cast delivers a mainstream box office buzzer that will for sure get your heart pumping.

But after a dinner break with a friend and discussion about what just happened, Angelina Jolie-Pitt and Brad Pitt were waiting for us at 6:10 p.m. in By The Sea, the total opposite of Secret In Their Eyes. 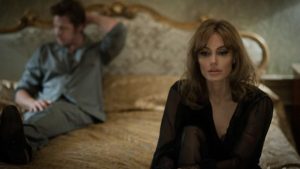 Beautifully crafted and beautifully orchestrated, By The Sea is not a film to approach with the usual rising and falling action plot diagram concept that is usually seen in films. There is no climactic scene with a resolution. It’s a film about life that I hope will not go unnoticed by the Academy, especially since Jolie-Pitt wrote, directed, and starred in it. She captures a poetic and artistic portrayal of a mother coping with a loss, a missing piece.

I, for one, was engulfed in the unspoken conflict–that is, until Roland (Pitt) explodes about it, extracting out of her the reason for Vanessa’s (Jolie-Pitt) frozen state of melancholy. Roland simultaneously informs the audience of Vanessa’s reason for such melancholy while pushing their relationship in at least some direction, as he tries to make his wife open up and talk about what they have gone through. The couple sits in silence, surrounded by theatrically exquisite and very European mise-en-scene.  It’s a psychological state translating into a debilitating and immobilizing condition, movements across a chair as though the film will turn into an interpretive dance.  The silence that needs not a word of explanation.

Between the raw acting and on-location settings, By The Sea stands as an art piece one can revisit several times, finding a different angle and a different theme every time. These are the freedoms of independent filmmaking that Jolie-Pitt utilizes in order to convey a personal and genuine story.

As strange as it sounds, a peep hole in the wall leading to the hotel room next door is discovered, which becomes an obsession Vanessa cannot resist. Once Roland joins in the voyeurism, something clicks. The audience realizes this is not just any prop. The hole allows both Vanessa and Roland to explore the void she has been encapsulated by while allowing us viewers an inside look into a story about ourselves. The film is about grief; it is about experiencing and learning to cope. Some people come to terms with it, some have yet to endure it, but others are simply at a loss, unable to move forward, which Vanessa symbolizes through her silence and minimal physical movement that translates to an artistic expression.

The fourth wall is non-existent, allowing the few audience members in the theater to step into the hotel room, the market and the local restaurant with Vanessa and Roland. Through that hole we are peeking through closed doors, we are learning about the couple on screen, but really, we are learning about ourselves. And isn’t that what film is all about?  I think so.

By The SeaJoliePittreviewSecret in Their eyes 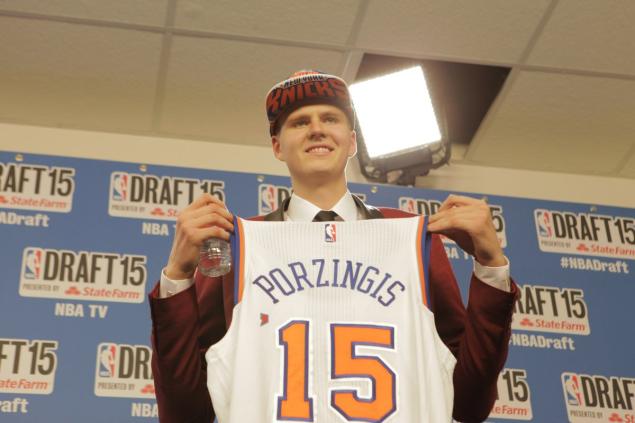 Looking Back, Draft Selection a Success for Knicks 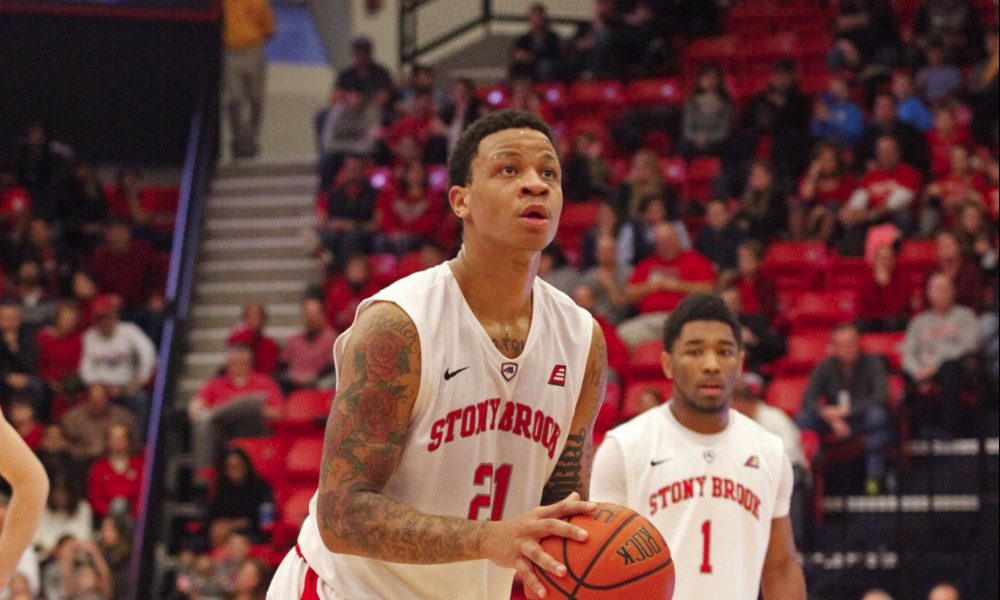