I haven’t been awake for more than ten minutes. I’m sitting at the small wooden table in the kitchen, watching a rerun of “Friends” as I sip some Maxwell House coffee. It’s just past 11 o’clock on a cool morning in January. I’m in Georgia, visiting my step-grandmother Peggy at her house just northwest of Atlanta. It’s the first time that I’ve visited her, and the second time that I’m meeting her husband, Larry Lord.

Peggy and Larry had re-entered each other’s lives several years ago. Having both experienced incredible careers and shared their lives with amazing spouses, they were reconnected through a blend of old friends and serendipity. They married in 2016, and Peggy moved in here with Larry just about a year later. I’m looking at the wedding picture poised perfectly on the counter. My coffee has cooled by now.

I’m thinking about my arrival that previous afternoon. As Larry was driving me from the airport, we turned off the main road and towards the house. Set back from the road, down in a tiny valley they dubbed the “baby Grand Canyon,” sits the residence. Larry designed the property together with his late wife Shannon shortly before their first son, Hunter, was born. The house is surrounded by dense woodlands, but blends in beautifully with the area — its old wooden exterior and gravel driveway seem to have aged with the forest.

The home greets its visitors like an old friend. It’s densely decorated with old lamps, vintage furniture and various paintings. Among those decorations are family portraits, photo albums and children’s art. The home wastes no time revealing its character, and it’s clear that this is a family home in every sense of the word. Shannon, Larry and their two sons Hunter and Ashby were lucky to have started their family here.

Hunter Lord is tall, about six feet like his father. In his early 40s, he sports a long brown beard that he’s been growing for several years. He’s got short brown hair and he’s wearing a blue polo shirt with tan cargo pants. Hunter also has a condition known myotonic dystrophy, a genetic disorder that causes progressive muscle weakness. Hunter has progressively worsened, which makes tasks such as speaking and walking especially difficult. Because of this, someone drives him to and from his job in the office of a local summer camp. He’s sitting at the chair adjacent to mine, getting ready to leave for work. He jokes about some of the commercials on television: “How does football have anything to do with doing your taxes?!” he remarks, referencing an ad on TV. He should be at work by noon, so he’ll need to leave soon. Picking up his hiking stick (“It’s cooler than a cane!” he told me) Hunter makes his way towards the door.

Prior to my visit, I had no working knowledge of myotonic dystrophy, of Hunter’s condition, nor of the family’s long struggle with the diagnosis.

When Hunter was born, both Shannon and Larry noticed some peculiarities. “He did not sit up, crawl, or walk at the normal times mentioned in early childhood books… he pulled himself on his belly like a marine in the jungle,” Shannon wrote in “Family Roots,” her book describing her family’s story. Larry had given me a copy, and I began to read reading Hunter’s story. He had difficulty in school, both in learning and behavior. Shannon noted, “We knew he was smart, but he had all these odd behavioral problems and difficulty reading.” When Hunter was 13, Shannon and Larry turned to a pediatric neurologist for answers, determined to get a concrete explanation to Hunter’s learning and behavioral speedbumps. Ashby, their second child, was now in the picture and exhibiting symptoms, as well.

“Mr. and Mrs. Lord, is there any history of muscle disease in your family?” Shannon recalled the impact of the doctor’s question, writing, “The doctor’s words… were nothing more than staccato syllables, meaningless, empty, nothing, nada.”

While it wasn’t identified, various members of Shannon’s family exhibited odd and quirky symptoms. The mysterious ailments affected some cousins – and were marked by “an odd assortment of symptoms that afflicted several relatives who tended to lead somewhat isolated, sedentary, sometimes rather sickly lives.”Within the family, it was dubbed “The Hunter Disease”.

The diagnosis blindsided both Larry and Shannon.

“She went through a lot of difficult times, psychologically, because she brought this disease into the family,” Larry told me at the kitchen table one morning; he’s sitting across from me, sipping some tea. In “Family Roots” (Shannon’s own book, chronicling her struggle with this disease), she admitted: “I was filled with sadness. There were no magic bullets. The boys would have to live with this disease for the rest of their lives.”

In the summer of 2013, Shannon passed away from endometrial cancer. Before she passed, Shannon would get involved with numerous groups to advance the research and study of myotonic dystrophy, travelling around the world to deliver speeches on her experiences with the disorder. In 2005, she was integral in the formation of the Myotonic Dystrophy Foundation where she served as Chair of the Board for five years.

“It’s a southern thing!” Hunter tells me, referring to pot liquor. We’re inside a local restaurant just off the highway. It’s around 5 p.m. on a Wednesday, and the dinner rush is coming in. We’d go out to eat at a local favorite of theirs several times during my stay. “You won’t find it up north.” Tonight, it’s the OK Cafe, one of Larry’s favorites. Peggy orders the catfish and Hunter begins telling me about his work history.

“I started at Lord Aeck Sargent — worked there for 15 and a half years.”

Larry is an Architect, and founded his own firm (Lord Aeck Sargent) while  the boys were still very young. As Hunter grew, he would occasionally work in his father’s office, making some extra money on the side while in school. He enjoyed it, and took a job there shortly after graduating high school. Years later, he would leave the firm for a position at his old summer camp.

The camp is local, based just about an hour northeast out of Atlanta. What sets the camp apart from the multiple other summer day camps [in the area?] is that it specializes in providing opportunities to children and young adults with special needs. He’s wearing the “only Camp Twin Lakes jacket in existence” as he passionately describes his volunteer years there. “In ‘94 I washed pots, pans. In ‘95, ‘96 I washed dishes — the plates and stuff that the kids ate on.”

Camp Twin Lakes offered Hunter a position in the offices of the camp, so he gladly took it.

“They said, ‘If you wanna come work here, you can.’ And I decided in about…. ten minutes.”

That was in 2012, and he’s been with them ever since. Hunter can only work for four hours a day, four days a week. “I fatigue easily, so I can’t do much more than that.” This doesn’t affect how Hunter views his job, of course. As he describes an old Halloween costume party at his old job, he proudly remarks, “I won in all three categories: best overall, most creative, and scariest.” He was Dracula, and a convincing one at that.

The three of us had now come back from the restaurant. Hunter and I sitt in the foyer chatting. Peggy calls in, suggests that we come talk at the kitchen table. We continue the conversation as we walk towards the kitchen.

“Who wants milk? Who wants hot tea? Who wants pokum?” Peggy offered both of us. The tick-tock of the toaster oven continues as a small pecan pie heats up. Pokum is a twangy grape drink, tinged with elements of lime – over ice. In a word: refreshing. In two: very refreshing.

Pokum is a homemade recipe, straight from Peggy’s mother’s cookbook. Its origins can be traced to her upbringing in rural Alabama. “There is no set recipe, I’ve changed it so many times,” Peggy keeps telling me whenever I ask for the ingredients.

As Hunter and I talk, the conversation moves to his brother, Ashby. “It progresses; gets worse over time,” Hunter says. Myotonic dystrophy has two types, the first being the most severe. Its severity is defined by the amount of “repeats” of a specific gene, both are different depending on the type. Hunter has type 1, whereas Ashby had type two.

“We already knew that I had it — 99 percent sure that I had it,” Hunter tells me as he scrapes the pecan pie into tiny bits. “Ashby was five years younger than me, so he wasn’t really showing any symptoms that we knew about.”

Years later, when Ashby finally asked about the tests and whether or not he had it, Shannon was honest. “They told him, said that he had it… and uh, he just couldn’t handle it.” Ashby turned to drugs. “He starts smoking pot with some guys, thinks ‘ell, if we all smoke pot, we’re all messed up.’ So he didn’t feel left out.” Ashby battled drug addiction, using substances as a way to cope with what he was most afraid of: the disease. Ashby spent years in and out of rehab centers, but on the morning of April 9, 2017, Jonathan Ashby Lord passed away at home. He was doing well, by all accounts. He had just moved back home after a successful rehab stay, and spent his last night dining with the family: Larry, Hunter and Peggy. The next morning, Peggy found Ashby unresponsive in his room. He was 35.

Larry asked Hunter the following night, “What’s one thing you would say about Ashby?” Hunter’s response was simple yet powerful: “He loved protecting me.”

As I reached the end of my stay in the Lord household, I couldn’t help but think about how much life has been lived between those walls. The kitchen table is, as anyone would expect it to be, ordinary. Its high chairs and carefully placed utensils look just as they would on any other family table. The more I learned about the family’s battle with the disease, and their incredible durability in the face of it, the more of the house’s history was apparent. How many times did they sit at that same kitchen table, talking about how their days went? How many times did Shannon read Ashby to sleep in the very same bedroom that I was staying in? How many times had they sat down as a family to watch a movie, or TV, or to play a board game in that very same living room that I stood in?

There is no cure for myotonic dystrophy. Those affected by the disorder will generally have to live with and manage the symptoms for their entire lives. Treatments for the disorder generally focus on improving the quality of life for the individual involved. While there have been several clinical trials for drugs intended to help patients manage their symptoms, none have made it through clinical trials.

In the postscript of Shannon’s book “Family Roots”, Larry shares a quote from one of his and Shannon’s favorite authors: Viktor Frankl. “… choose one’s attitude in a given set of circumstances… the last of the human freedoms.”

Please consider visiting the following resources to learn more about myotonic dystrophy, it’s symptoms and how to improve the lives of those affected with this genetic disorder: 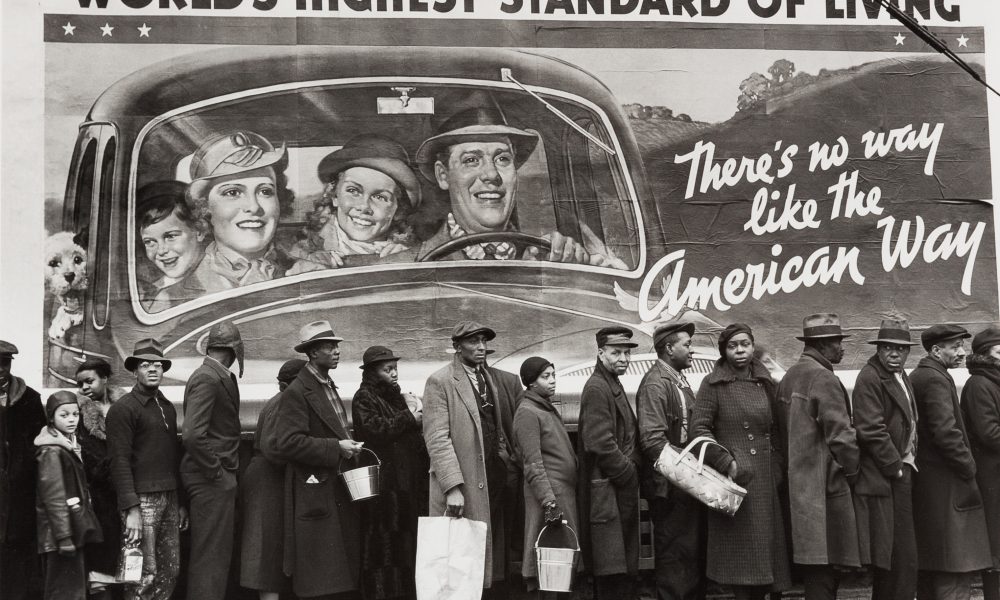 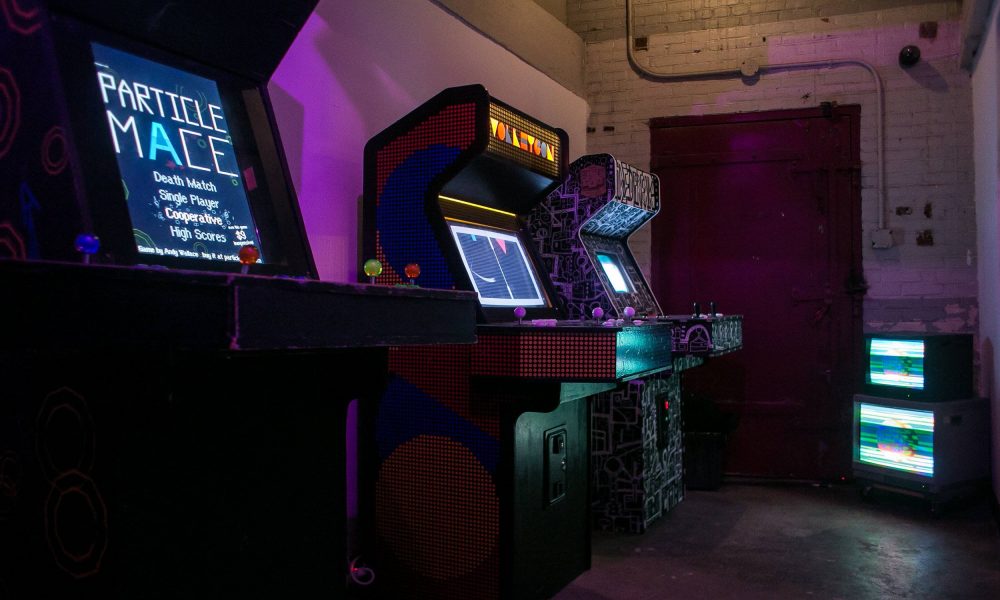