Faculty and students of the School of Marine and Atmospheric Sciences gathered in Endeavour Hall on a rainy October 2 to celebrate 25 years of the Boathouse, an experimental building made from municipal solid waste ash blocks.

“Weather couldn’t be better for the occasion, since this is exactly why the Boathouse was built,” speaker Dr. Frank Roethel said.

Chemical oceanographer Roethel, has long been interested in  environmental issues associated with the combustion of garbage and finding possible ways to reuse the ash produced as the result of incinerating waste.

The Long Island Landfill Law (1983) left the Long Island’s towns with two choices regarding the management of their waste: truck it off-island or incinerate it. “Today, more than 50% of Long Island’s municipal waste is sent to waste-to-energy facilities where they are combusted,” Roethel said. Every year, 475,000 tons of ash are generated from combustion and disposed in ash fills.

These ash fills will soon reach their maximum capacity and it is important to find solutions for their disposal, said Roethel.

In the 1980’s, he found a way to safely stabilize the ash and make bricks ready for construction.

With the ash blocks he designed, Roethel built four artificial reefs with great success before building the Boathouse. Over time, the blocks maintained their structure and there  were no chemicals leaching into the water.

Twenty-five years ago, not long after Roethel started teaching at Stony Brook University, the Dean of the School of Marine and Atmospheric Science (SoMAS) Jerry Schubel asked him to build an experimental building made from municipal solid waste ash blocks in order to protect the boats from rain damage.

After testing the blocks in laboratories and getting a permit from the New York Department of Environmental Protection (DEC), the Boathouse saw the light in 1990 and is still brilliantly standing among the SoMAS buildings. 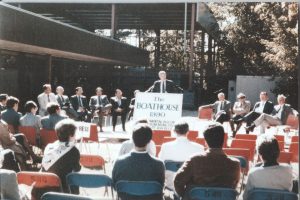 The Boathouse has been closely examined and tested over the years. Against all predictions , reports show that the ash blocks maintained their structural integrity, there was no leaching in soils, and no significant change in their chemistry.

Environmental conditions had no impact on the building and surprisingly the strength of the blocks has doubled over twenty five years. “The Boathouse has surely aged better than I have,” Roethel said.

A typical concern among the public is that ash is toxic and therefore ash blocks are too. On Friday, Roethel clearly refuted this belief, explaining the different processes that waste-to-energy facilities put in place to remove harmful chemicals.

Air monitoring even showed that the Boathouse is the cleanest building on campus.

Using ash for building construction however is not allowed in New York State, but Dr. Roethel states that positive changes are slowly being observed.

“The process is slow mainly because the DEC is conservative and afraid to implement changes,” Professor Swanson, director of the Waste Reduction and Management Institute at Stony Brook said. Swanson agreed that ash should be allowed for construction.

Senior Moshan Chen, an environmental studies major student who had the chance to work with Dr. Roethel, stated that the idea is great and needs to be pushed further in order to obtain the public support.

The Boathouse required 350 tons of ash which Roethel said is the equivalent of one day of ash disposed in Brookhaven ash fill. “We would need a lot of boathouses,” Roethel said, engendering laughs in the audience.

Every day, the Boathouse proves that ash can be usefully reused explained Roethel. Some say that it is the most beautiful building on campus, along with being tested as the safest one to breathe in. Yet, critics keep hammering and arguing that with time, ash will disintegrate and bring the building down.

But today, Roethel remains confident about the benefits of ash reuse and has no doubt that the Boathouse will remain for years to come. He proved to himself and skeptical scientists that ash blocks are a safe and smart way to reuse ash produced from the combustion of garbage.

Dr. Roethel ended his presentation by putting up the quote, “One valid test is worth a thousand expert opinions.” He smiled and said, “I don’t know who wrote it, but I strongly agree with it.” 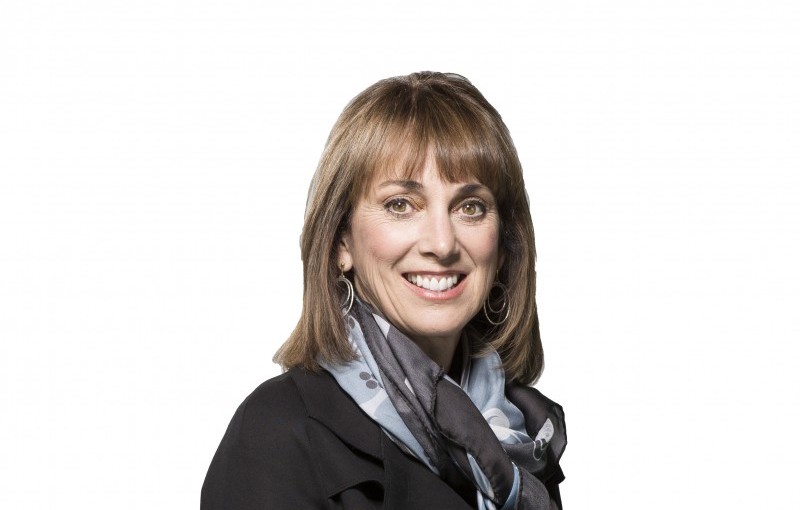 Mets Punch Ticket to the Postseason