Scrolling through my Facebook newsfeed late Sunday night there didn’t seem to be anything out of the ordinary until I saw “Miss America” and “#Indian” together in the same status, and I realized something historic had just happened.
Nina Davuluri was crowned the country’s first Indian-American Miss America. What makes this event so unprecedented is not just her ethnicity, but its representation as the changing face of America.
Yet almost immediately as it set in that the winner of Miss America was not white, but Indian-American, the overflow of hatred spewed over social media, eventually being aggregated by Buzzfeed and other popular trend websites. It became increasingly apparent that the new twitter trend was to comment on her ethnicity, make references to bindis, 7-11s and 9/11.
Twitter holder POOKIE tweeted, “And the Arab wins Miss America. Classic,” and Audrey Graham tweeted  “Miss America is a terrorist. Whatever. It’s fine.”
The moment of celebration became a chaotic media conglomerate of stories that immediately discussed her race, the racist tweets and even her skin tone. While most of the racist tweeters deactivated their accounts after realizing that their dirty, prejudiced laundry was publicly aired, the concept of what a “real” American looks like was implied through these very tweets.
“This is America. Not India.”
But Davuluri was born in the United States. Does that not make her American?
Born in Syracuse, N.Y. and a graduate of the University of Michigan, Davuluri’s story exemplifies what it means to live the American dream. Her mother and father, a software engineer and a gynecologist respectively, moved to the United States in 1981, where they gave birth to and raised their children. The family was raised within the Hindu faith, and kept close with tradition, as shown through Davuluri’s cultural dance for her talent portion of the pageant.
Today, according to the U.S Public Sector Metrics, the largest blocks of immigrants that migrated to the United States legally in the past ten years are the Indians and Chinese.  According to the 2010 United States Census, the Indian population grew approximately 70 percent between 2000 and 2010. That means today there is one Indian person out of every 100 Americans. With numbers like these, it’s more and more not surprising that Indians are being represented more frequently in movies, television, and even Beauty Pageants.
Hinduism and Islam are two very different faiths. An Arab and an Indian are two very different people with very different backgrounds. Many who took to social media to insult the new Miss America don’t seem to know that.
The Arab and 9/11 jokes were coming. I sensed it as soon as I looked at Davuluri. I knew she would succumb to the racist banter that affected most people that resembled Middle Easterners or someone who practiced Islam. As a Muslim myself, I know first hand what this means. When I was in the fifth grade, a teacher looked at me and called me a terrorist several weeks after 9/11.
What was unfortunate here is that those who felt the need to publicize their racist statuses further perpetuated the idea that Americans are “stupid” and culturally unaware of anything international.
While Davuluri is undeniably beautiful and talented, even those some who share her heritage were not happy to see her crowned.
In India and most South Asian nations, the level of attractiveness of a woman is directly related to  the shade of her skin.  Davuluri fares darker than much of the lighter skinned women shown on Indian television. A friend of mine even told me that her mother took note of Davuluri’s darkness, that it was surprising and unfortunate. A Facebook “friend” of mine even shared the status, “Miss America need some Fair & Lovely,” a skin-lightening cream widely advertised and used in India. So which is worse in this situation? The fact that Americans cannot accept one as their own, or the fact that Indians cannot accept one for her skin tone?
As a 22-year-old who was born in Bangladesh and raised in Queens, I saw myself in Nina. I don’t look half as good in a bikini and I will never sport the tiara that she won, but seeing someone who resembled me in the least bit was an experience. I became a naturalized citizen just over a year ago, and knowing that my own fellow countrymen may not accept me based on my appearance, as they publicly denied Davuluri her “Americaness”, raises the question where are we socially? Will there ever be a level of tolerance as immigrants continue to migrate to the states? But more over, what does it take to be an American? I thought Davuluri was, I thought I was, but evidently not. 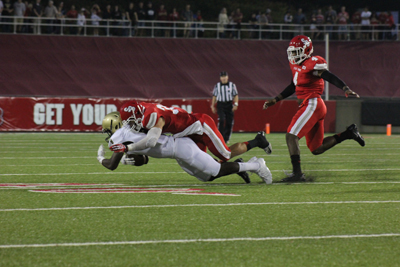