Armed with wire traps and cat food cans, Leslie Kappel rises early every morning to stem the tide of Long Island feral cats. Within 10 miles between the two towns of Westhampton and Hampton Bays — a fraction of the 118 mile length of Long Island — Kappel has trapped cats at over 40 feral colonies.

Kappel estimates that she has trapped and had sterilized over 500 feral cats since she started trapping six years ago, and keeps finding more. “The only thing we can do is fix them so they don’t multiply and put them back to where they came from,” said Kappel. “This is where they live.”

This method of trap-neuter-release, or TNR, is embraced by most animal welfare organizations as the most ethical way to deal with the nearly 100 million feral cats prowling the backyards, businesses and alleyways of the United States. A review published this month in “Frontiers in Ecology and the Environment” by Scott R. Loss and Peter P. Marra estimates that cats account for up to four billion bird deaths and 6.3-22.3 billion mammal deaths a year in the United States, and have contributed to the extinction of 63 vertebrates.

But wildlife conservationists contend that TNR is not the right solution to these problems, and that with roaming cats comes disease and overhunting of endangered bird and mammal species.

“Ecosystems are affected whenever a species is lost, and cats threaten the survival of many species,” said Grant Sizemore, the director of invasive species programs at the American Bird Conservancy. “In Hawaii, for example, cats directly kill and indirectly harm a large number of endangered birds. These birds play important roles, such as pollinators or insect predators.”

The presence of predatory cats outdoors is just one of many ways that humans impact the environment, but unlike climate change and pollution, the furry face of this force is that of the country’s most popular pet. Over 90 million pet cats populate the United States, and according to the ASPCA, approximately 35 percent of households have at least one cat. There is no way to count how many feral cats roam the outdoors of the United States, but most estimates match them with pet cats.

Even when well-fed, cats hunt and kill birds and small mammals; because sterilized feral cats are released back to where they were found, predation continues. “The problem with the trap-neuter-release program is that it’s often accompanied by a continued maintenance of a colony of cats,” said Michael Schrimpf, an ecologist at Stony Brook University who researches seabirds. “If the feral cat population is not being decreased, it’s still having a pretty large impact on birds.”

When the question of what to do with feral cats rears its head, cat advocates and wildlife conservationists sharpen their claws and fight on every front, without fail. The American Bird Conservancy filed a lawsuit last year stating that the Endangered Species Act was violated by allowing feral cats to roam near piping plovers in Jones Beach State Park, a move that Alley Cat Allies, a national feral cat organization, has promised to fight. The case is still pending.

Some wildlife conservationists claim TNR does not decrease feral populations, but in fact may increase them. “Scientific assessments of the efficacy of TNR have overwhelmingly indicated that TNR does not reliably reduce feral cat populations,” said Sizemore. He cited ABC’s website, which links to a study by Danielle Castillo and Alice Clark that found colony numbers increased in two parks in Florida over time after TNR.

“If I recall correctly, the Castillo and Clarke study spanned just two years,” said Peter J. Wolf, the Cat Initiative Analyst at Best Friends Animal Society. “It’s not uncommon to see initial population increases followed by decreases.” He explained this is because new cats move into the sterilized colony, who are then sterilized themselves.

But where feral colonies make their home, species beloved by nature lovers become cat food. “Eventually, you’re reaching the point where populations can’t sustain themselves,” said Schrimpf. “If we don’t do anything about feral cats or outdoor cats, then in order to keep populations at sustainable levels, we might have to do just that much more to combat climate change, or to protect habitats, or to try and prevent window collisions for birds or reduce light pollution. Any one of those things has an impact, and what we’re really talking about is the sum of those things altogether.”

Cat advocates insist that it’s a human problem, not a cat problem. “I think the term ‘invasive species’ is both loaded and imprecise,” said Wolf. “I’m not saying that Felis catus is native to North America, but the term invasive species has become an easy way to demonize cats and many other animals — though, of course, this is done very selectively.”

Organizations are also split on whether cats spread disease when allowed to roam. “Cats are the top carrier of rabies among domestic animals and disproportionately expose people to the disease as compared to wildlife,” said Sizemore. He cites toxoplasmosis, a parasite that grows in cat intestines, as the disease responsible for the deaths of eight endangered Hawaiian monk seals, which were covered in an Outside article last year.

Wolf refuted this and said, “The writer [of the article] grossly exaggerates the Hawaiian monk seal issue: we’re talking about eight mortalities over a 15-year period attributed to Toxoplasma gondii infection—about 4.5 percent of total mortalities. In fact, monk seal numbers are actually increasing in the Hawaiian Islands most likely to be infected with T. gondii.”

According to the CDC, “over four times more rabid cats were reported than rabid dogs” in 2014. Despite this, no one has reported getting rabies from a cat in over 40 years.

Feral cats are distinct from stray or captive free-roaming cats because ferals have little to no interaction with humans. A roamer may approach someone and be friendly, but a feral cat will act like a wild animal and flee at the sight of humans. Past nine weeks of age, they usually cannot be rehabilitated into a house pet because outside life is all they have known from birth.

“They prefer that because they want to be outside. They don’t want to be in somebody’s house,” said Teresa Meekins, a veterinarian at Southampton Animal Shelter on Long Island. Southampton has been so successful with its TNR program that it has branched out to other townships like Brookhaven.

Feral cat populations start when people abandon unfixed cats or let their pets wander outdoors, where the animals form groups and rapidly breed. “Cats can have a heat every time they finish nursing,” said Meekins. “They can have four litters a year, and they can have as many as seven to eight kittens.”

Alexandra Ogris, 23, lives in an apartment complex in Manorville with her husband, three dogs and a severe cat allergy. Cats roam all over the complex, agitating her dogs and keeping her up at night with midnight meows. Some have scratched her as she walks by.

“I don’t like how people think that with a dog, if I were to just let it run around my apartment complex, people would be like, ‘What are you doing,’ and call the cops or report me,” Ogris said. “But if someone has their cat outside they think that’s perfectly acceptable. The cat’s on my patio, my dogs are freaking out.”

Unless more cat owners keep their animals fixed and indoors, the population won’t go away. On that, at least, both sides can agree. “Keeping cats indoors is a really simple way to keep the cats safe,” said Schrimpf.

“It’s really the humans who are irresponsible,” said Meekins. “The cats are just trying to exist. Recommending that they’re spayed and neutered and they stay indoors is going to get to the root of the problem.” 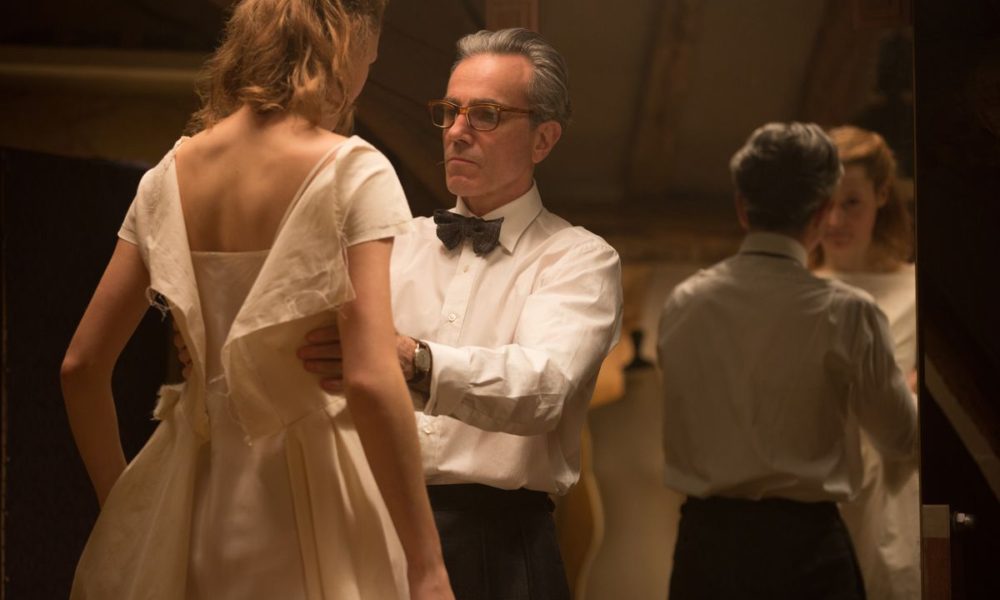 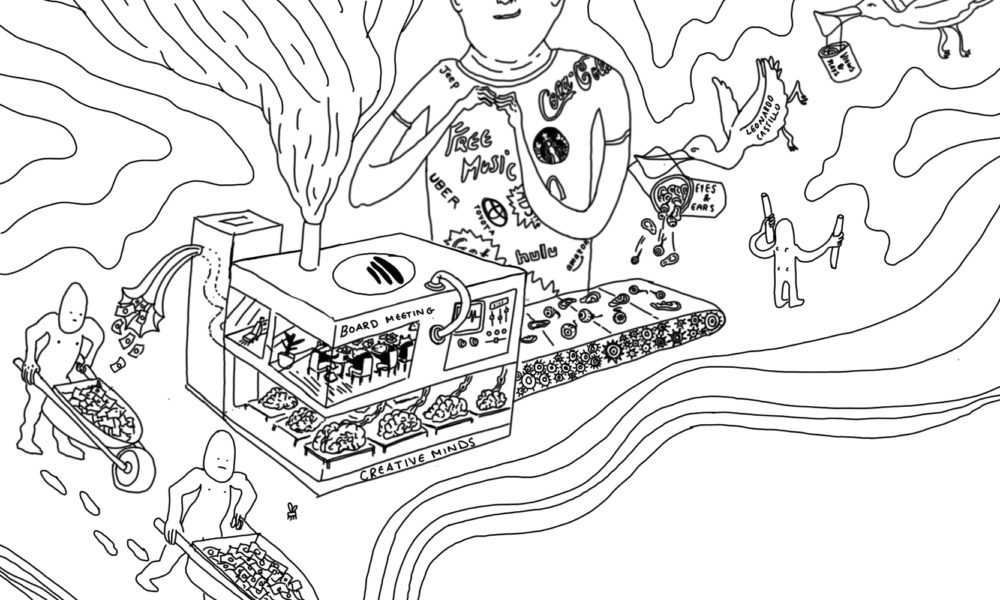