The 2022 MTV Video Music Awards marked 13 years since the gut-wrenching Taylor Swift-Kanye West incident. On the red carpet, Swift donned a rhinestone-studded dress and her infamous red lip, vengefully alluding to her dazzled appearance in the world-stopping “Look What You Made Me Do” music video — a song widely considered to be a “Kanye West diss track.” The highly devoted and restless fans of the internationally known singer-songwriter — the Swifties — had already begun synthesizing theories of what this night would entail.

Something big was bound to happen.

After being recognized for both Best Direction and Best Longform Video for “All Too Well (10 Minute Version),” Swift won the most anticipated award of the night — Video of the Year. In her acceptance speech, she proudly thanked her fans for giving her the courage to re-record her albums after her old record label refused to allow her to own her masters. Amid her generosity, Swift unveiled the release date of her new studio album, concluding with the promise of more details to be told at midnight.

With the slogan “meet me at midnight” spreading like wildfire across all social media sites, Swifties across the globe awaited the pop star’s next move. Once the clock struck 12, the Midnights era officially began — one that would explore the stories of 13 sleepless nights scattered throughout Swift’s life, filled with terrors and sweet dreams.

In the following weeks, Swift announced a new sleepless series on TikTok — “Midnights Mayhem With Me” — that would randomly disclose the names of the tracks on the album. Twirling a bingo cage with randomized numbers on each ball, each short-form video featured Taylor Swift in a vintage ’70s outfit, speaking the new song titles into a retro, red telephone.

As she revealed track titles such as “Vigilante Shit,” “Maroon” and “Bejeweled,” Swift wreaked havoc across the fandom, especially after Swift announced the name of track 11: “Karma.” Fans have long theorized the existence of an unreleased album, rumored to be named Karma, from 2016 — the same year as the leaked phone call between Kanye West and Taylor Swift about his song, “Famous.” The backlash from this call led to Swift entirely fleeing from the social scene and strategically hibernating until she released Reputation in 2017.

However, the grand finale in the series stunned the internet the most of all: “Snow On The Beach,” with a highly anticipated feature from singer-songwriter Lana Del Rey.  A collaboration long-awaited, Swift stated while speaking about the song that existing at the same time as Del Rey is “an honor and a privilege,” seeming to be just as thrilled as both of their fandoms combined.

As the minutes neared the ultimate of midnights, Swifties all over the world were glued to the ticking clock. In classic Taylor Swift fashion, the surge of people logging into media streaming platforms caused global crashes, signifying the great commercial success of her marketing team and her persona as a whole. Generating even more chaos, Swift dropped seven bonus tracks at 3 a.m., naming this collection Midnights (3am Edition).

Synthesizing a sound of both mystical nostalgia and cosmic dreams, Midnights explores the emotional spectrum of Swift’s sleepless nights. From fairytale lullabies and heartfelt love songs to revenge-ridden diss tracks and catchy pop hits, the brand-new record-breaking pop album has touched the hearts (and ears) of many.

Of the first 13 songs released, the lead single “Anti-Hero” was a highlight for me. The catchy rhythm reminiscent of the bright-sounding Lover album roped me in and the song quickly became a guilty pleasure. I found myself gravitating toward the lines:

Buried beneath the sugary synth-pop sound and looping drum pattern, Swift touches on themes of self-consciousness and lack of confidence. The playful and addicting rhyme scheme cemented itself in my mind as Swift identifies herself as the true problem and sees herself as the villain in numerous situations.

Disappointingly, the fourth track of Midnights, “Snow On The Beach,” failed to include a verse that encompasses the vocal range of Lana Del Rey. Swift expressed that the track focuses on “falling in love with someone at the same time as they’re falling in love with you in this cataclysmic, faded moment.” The heavenly background vocals add a euphoric element to the melancholic love song. The switch between the higher notes and lower notes parallels the motion of a beach wave, which I heavily enjoyed.

By far the most vulnerable track on the album, “You’re on Your Own, Kid” has been highly anticipated by the fandom. Taylor Swift planted an easter egg to this song title during her NYU speech earlier this year, where she received her honorary doctoral degree. Conveying the trope of a coming-of-age scenario, it speaks to those navigating through their teenage years and early 20s. In fact, in the climatic bridge of the song, each era of her music career is recalled lyrically, starting with her debut album and ending with Midnights.

Despite having an enticing beat and crunchy, reverb-heavy introduction, the lyricism of “Karma” feels elementary and off-putting — especially upon my first listen. However, I’ve since learned the comparisons of karma to her “boyfriend,” “a god” and even a “cat purring in my lap” most likely allude to either Kanye West or Scooter Braun. In hearing this song from that perspective, I’ve become fond of the parallels between both the beat and the lyrics. “Karma” has become one of my favorites as it mimics a “rewind” sound that draws on her past experiences.

After listening to the 13 tracks, I found the production to be overtly different from her most recent, critically acclaimed sister albums Folklore (2020) and Evermore (2021) — my personal favorites. Several tracks seemed more shallow compared to her previous albums, making me question her weaker language choices. Songs like “Midnight Rain,” “Sweet Nothing” and “Vigilante Shit” fail to intrigue me through their quirky sound and odd wording. Regardless, Midnights drew upon the familiar energies of previous albums 1989, Reputation and Lover — a unique blend that highlights why Swift is known as the queen of pop music.

However, once Midnights (3am Edition) was unveiled, my initial perception of the album switched. Lying alone in my room with my headphones suffocating my ears, the seven bonus tracks coincided with the vibes I felt, enhancing my listening experience. Realizing that Folklore and Evermore songwriter Aaron Dessner was in the song credits explained why these tracks had me so entranced from the start.

The additional material begins with “The Great War,” where Swift depicts the story of a couple overcoming problems in their relationship, ending with a vow to be together forever. Eliciting a mature sound reminiscent of my favorite Fearless song “Untouchable,” this hopeful love song paints floral imagery throughout, especially in the verse:

We can plant a memory garden
Say a solemn prayer, place a poppy in my hair
There’s no morning glory, it was war, it wasn’t fair
And we will never go back

Though a bit of a stretch, I feel the chorus seems reminiscent of the bridge of “Betty,” alluding back to the mystical woods of Folklore. Currently, this track is one of my favorites from Midnights.

“Bigger Than The Whole Sky” takes the title for the most somber song on Midnights, highlighting themes of missing someone after knowing them for a short time and dreaming of what could’ve been — the perfect 3 a.m. sob song. An ambient, fuzzy synth encompasses the entirety of the song with strikes of string slides scattered throughout.

Flooded with playful keyboard beeps, “High Infidelity” captures the continued lore of cheating investigated throughout the sister albums. Upon listening to the chorus of this track, it struck me as similar to the melodies of “Renegade” and “Right Where You Left Me” — all thanks to Aaron Dessner.

Nearing the end of the album, “Would’ve Should’ve Could’ve” further unveils Swift’s distaste and regret for having traumatic relationships with older men. The chorus is crafted similarly to Folklore’s “Mad Woman” while also being reminiscent of Swift’s Speak Now era. These bold choices in songwriting emphasize the agony and anger Swift felt and they especially pour out into the final verse of the song:

If clarity’s in death, then why won’t this die?
Years of tearing down our banners, you and I
Living for the thrill of hitting you where it hurts
Give me back my girlhood, it was mine first

Overall, I would recommend this album to those who favor the trilogy pop albums 1989, Reputation and Lover, as the first half of Midnights feels like a fusion of the three. Some tracks draw on the production of other artists, such as the synth beats and reverberated vocals of “Lavender Haze” and “Mastermind” that echo Lorde’s 2017 album Melodrama. Midnights (3am Edition) unlocks the door for those who gravitate more towards somber pop, like me. Though I wish some tracks had more illustrative lyrics, I would say Midnights is a greatly crafted constellation of relatable themes and stories built on experimental synth production, eliciting a wide range of emotions across the entire album.

Midnights is a critically acclaimed album that successfully alludes to the dreams and nightmares of Taylor Swift’s life — either making you break down dancing or break down crying. The 10th studio album perfectly encompasses the feelings and themes evoked throughout her previous albums and feels like a full circle moment for Swifties. Both musically and lyrically, many songs parallel other moments in her discography, depicted in this playlist. Midnights has been recognized as Spotify’s most streamed album in a single day as well as a Rolling Stone instant classic. From the album announcement to the listening experience, the journey of Midnights was one of pure enjoyment — always keeping everyone on their toes for what was to come next. 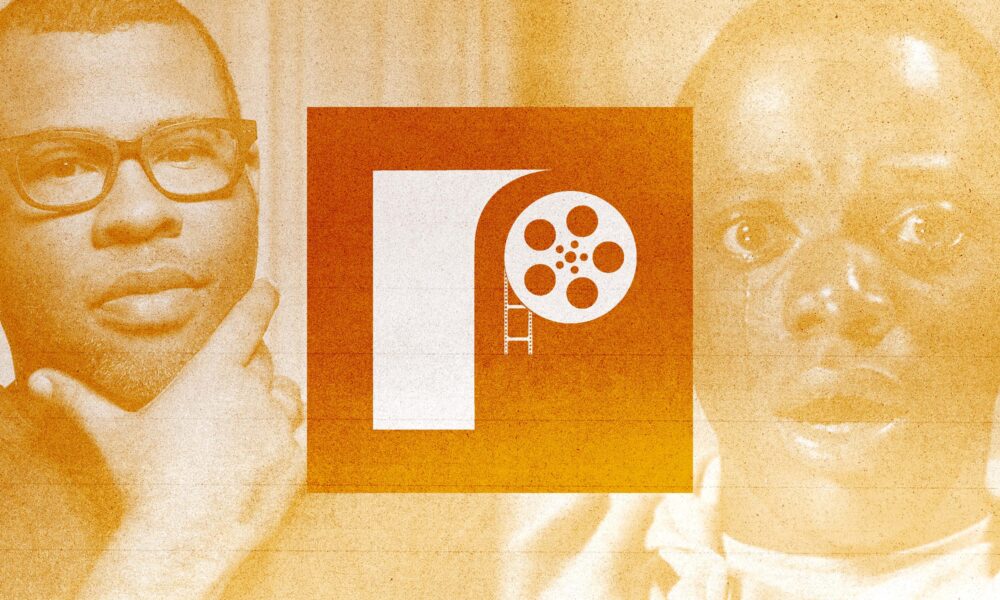 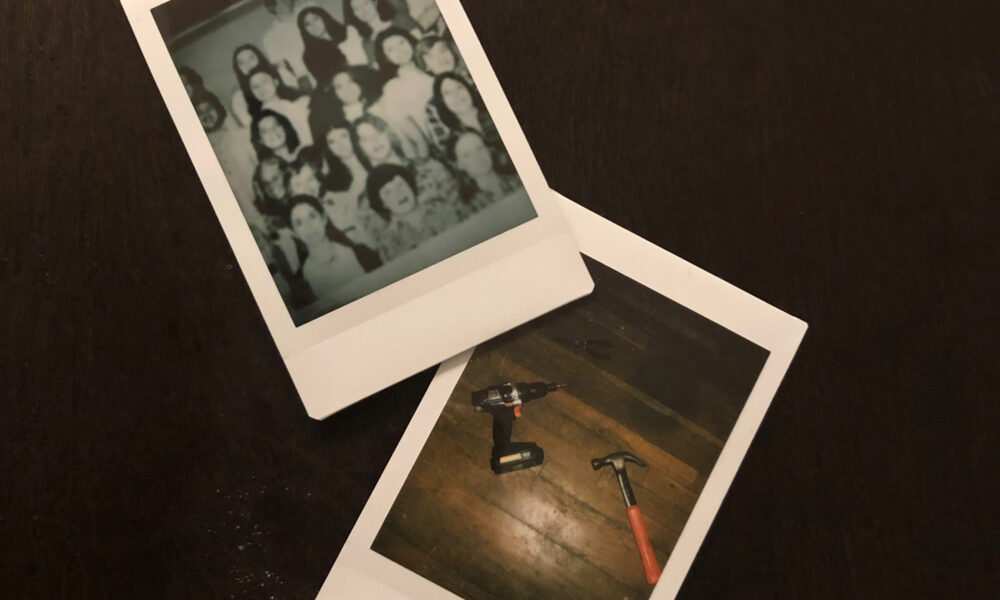