As the shadows began to grow on the green and gray, Myrna Gordon beamed at the crowd of young people chanting on the corner.

“We would have been gone by now,” she said, “but this is their protest.”

At 11 a.m. every Saturday for 17 years, Gordon and her North Country Peace Group have championed equality and denounced war and violence on the well-kempt corner of a busy East Setauket street. Across from them stand the North Country and Setauket Patriots, who challenge calls for equality and applaud military and police forces, as well as the Trump administration. A dozen people on either side chant, wave flags and hoist banners for about an hour as cars zip past with honks and gestures of reverence or rebuke.

On June 6, the baby-boomer battles between left and right at this hallowed Long Island intersection collided with an outpour of younger people calling to end police brutality and systemic inequality. Over 250 peaceful protesters co-opted this battleground for a three-hour Black Lives Matter protest and unknowingly threw tradition by the wayside when nearly 100 of them crossed North Country Road — No Man’s Land — infiltrating the land held by the Patriots for nearly two decades.

The Patriot groups and others who oppose the Black Lives Matter movement decry the protesters across the nation as kids with nothing better to do than raise havoc after a three-month quarantine. But on Saturday, a union was forged between the Peace Group and the millennials and zoomers. This Long Island street corner represents the multi-generational support for the Black Lives Matter movement across the country. While millennials and zoomers take to the streets to protest, a modest band of baby boomers fight alongside them, encouraging them to engage with community leaders and cast their ballots.

Gordon and others in the Peace Group admire the young protesters that surrounded them that day. From either side of the street, this new generation roared “this is what democracy looks like,” which Gordon remembers chanting herself when she opposed the Vietnam War.

“They’re very mindful of what’s going on,” she said. “They’re not naive teenagers.”

Some older people discount the youth taking to the streets. David Zere, host of Breaking Point for America’s Voice, a satellite network, who has formerly acted as a spokesperson for the Setauket Patriots on News 12, does not see the young Black Lives Matter protesters as mindful citizens.

Zere claims these protesters are being used, or “hijacked,” as a Setauket Patriots Facebook post asserts, to promote a cloaked liberal agenda.

The Black Lives Matter movement is just the newest talk of the town for the Peace Group and the Patriots. The two groups have lambasted one another for nearly two decades. One Patriot who chose to remain anonymous due to her distrust of the media called the Peace Group “the old flower children,” relics from the decade of psychedelia and assassination preaching love is all you need.

John Fittzsimmons, a new protester on the block who came down from Albany to visit family, shares the Peace Group’s view of the Patriots.

“Are you that out of touch with reality?” he asked of the Patriots. “Are you blind? Are you racist? How could you counter protest [Black Lives Matter]?”

Fitzsimmons, 57, hopes younger allies are willing to take more action once they go back home.

“Hopefully kids step up,” he said, “take the next steps to move the needle.”

He did not have to look far to spot young people taking the energy from the streets and directing it at those in power. A few feet away from him stood Michael Robley, who shuddered after watching footage of NYPD Officer Vincent D’Andraia, a fellow 2010 Ward Melville graduate, shove peaceful protester Dounya Zayer down into the Brooklyn concrete on May 29. Zayer, 20, was hospitalized with a concussion, and D’Andraia, 28, was arrested and charged with third-degree assault.

Robley and other 2010 Ward Melville graduates demand their predominantly white community be anti-racist. They sent an open letter with over 700 signatures to the Three Village Central School District’s superintendent, asking him to denounce Officer D’Andraia’s conduct and take active anti-racist measures. They are waiting to hear a reply.

“There wasn’t even a conversation about it,” he said. He plans to leave his job at the end of this school year.

Robley and Mason hope to disrupt the inequalities present in Long Island’s public education, but their outcries may be falling on deaf ears. Long Island’s 125 school districts are representative of the island’s history of segregation, and the situation is worsening with each passing year. A 2018 study conducted by the Long Island Education Coalition found “a resource and achievement gap between Long Island’s wealthiest and least-wealthy school districts which continues to widen.”

Education is just one sector recognized as a function of systemic inequality on Long Island. Some homeowners and commuters use racist construction projects engineered by William Levitt and Robert Moses. Levitt ensured identical white faces sat in the living rooms of his identical Levittown houses. Moses designed overpasses on his parkway just low enough to keep buses, and Black people, out of Jones Beach.

Long Island’s tradition of barring Black people from white areas continues to thrive through the practices of Long Island’s real estate agents, who color inside the lines. A three-year Newsday investigation published in 2019 indicates Long Island’s communities — and school districts —  are actively segregated by real estate agents. Undercover Black home buyers were treated unfairly 49% of the time compared to their white counterparts through steering, unequal access to house listings and unnecessary requests for financial and identifying information. Agents steer people of color away from areas like East Setauket, where Black people make up less than 2% of the population.

“People here on Long Island — open your eyes,” Kevin Reilly, a 66-year-old protestor from the Peace side of the Setauket street, said. “This is a very segregated place.”

For the Patriots however, history is in the past. Zere believes the notion that Long Island’s schools are segregated today is a “nonsense claim.”

Long Island’s public education system may resist reform, so young activists are fighting in other arenas. Mason learned that emails to superintendents can prove unfruitful, but he believes ballots can still create change. Hundreds of people of all ages routinely flock to his protests in Coram, where he has a designated area to help people register to vote.

At one protest, Mason’s mother, Michelle Mason, stood under a shaded tent, eager to talk to potential voters. “I’m so proud of this generation,” she said. “After the ‘60s, we sort of fell back. They picked it up.”

Voting booths are foreign destinations for many millennials and zoomers. In the 2016 presidential election, nearly 90% of people aged 18 to 29 intended to vote, but only 46.1% voted. These voters attending college face legislation inhibiting on-campus registration and voting.

While they wait to cast their ballots, Long Islanders can continue to air their grievances on the streets. On the East Setauket corner, members of the North Country Peace Group feared retaliation from the Patriots after so many young people occupied their side of the road to voice their concerns. But on the following Saturday, no one claimed “all lives matter,” no one wore a blue stripe and there was not one “Trump 2020” flag in sight. The Patriots never showed. 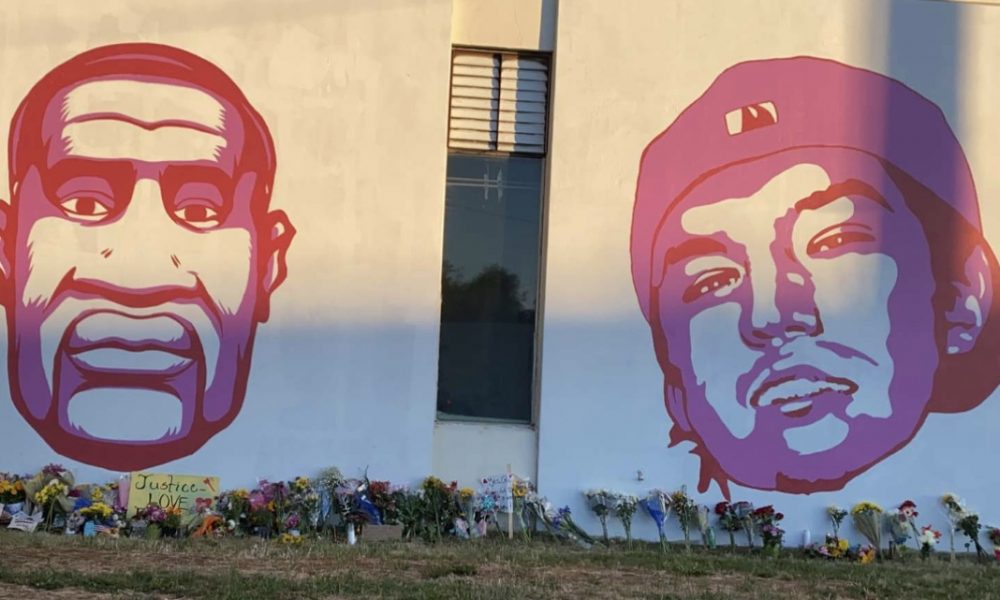 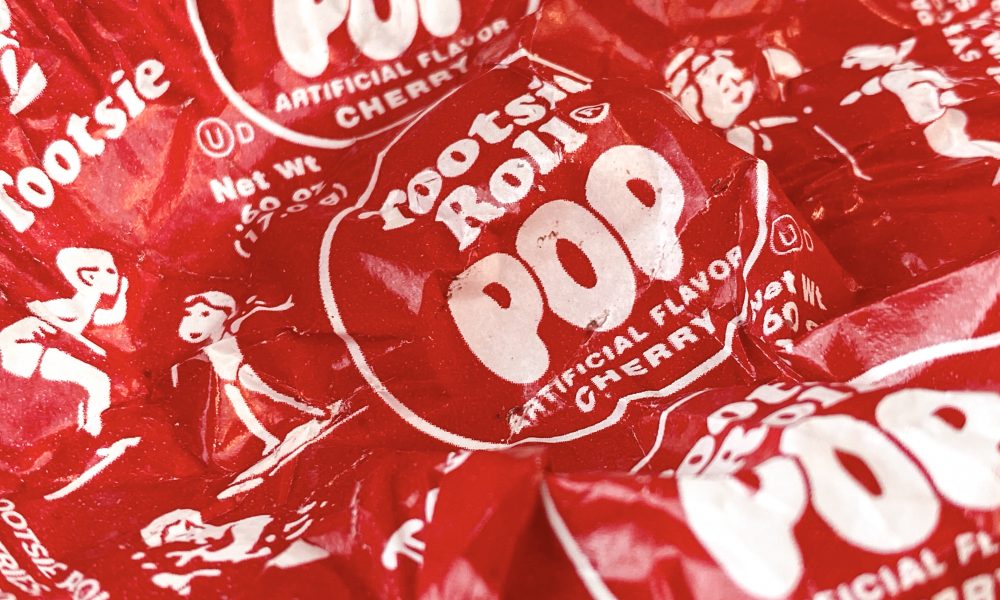