Hong Kong has erupted with pro-democracy protests. The demonstrations began in June, when Carrie Lam, the chief executive of Hong Kong, introduced a bill that would allow extradition to mainland China. After the British handover of Hong Kong in 1997, Beijing has slowly imposed new laws to unify the city — a unity promised to be fulfilled in 2047.

Mass demonstrations like the Umbrella Movement emerged as an effort to resist Beijing’s authoritarian laws but didn’t succeed in garnering universal suffrage. Hong Kongers and the rest of the world hoped that China would become a democratized state by 2047, but it has become clear that the Chinese government perceives its authoritarian rule, communism and global market hegemony to be the perfect combination. The extradition bill got withdrawn only when protesters increasingly got violent week after week since the summer of 2019. Even afterward, students protested with resolve, having developed five demands that they want to be met before they end demonstrations.

With the fall semester ending at Stony Brook, students will be trickling back home to New York City, Virginia and Hong Kong. International students, like Queenie Wong, watch on social media and hear from friends and family in Hong Kong about the human rights quandaries back home. Having spent the past summer attending some of the marches, when Queenie came back to the United States, it became clear that Americans did not know what was going on there. An American political science major Queenie spoke to did not know about the protests. Another student who was an American-born Chinese vaguely knew about the democratic movement.

“People in Stony Brook — they are university students,” she said. “We are going out into society, people should know. I can’t do much here. Sometimes I feel helpless, I can only watch from my laptop. I can’t even go to the election.”

Queenie and her friends decided to embark on an information campaign at Stony Brook to help the movement garner American attention. Mia Wong, a sophomore and Hong Kong native, took to airdropping political pictures to random people around campus at the library or in class. Queenie and her friend Steven Shum — who enlisted in what he characterized as “aggressive” protests in the summer — took to putting up posters in the library, SAC and commuter lounge explaining the situation in Hong Kong.

Only a day or two later, the posters were missing. The only people they suspect are mainland Chinese international students. Mainlanders and Hong Kongers on campus are generally friendly with one another, but there is tension. On WeChat — a Chinese social media platform and messaging app — one of Queenie’s friends from the mainland posted that Hong Kong protesters were “stupid.” Queenie knew not to bring up the demonstrations with them. They know about each other’s sentiments through social media, but direct conversation never happens.

“If you don’t find politics, politics will find you,” Queenie said, referring to all people — Americans, Hong Kongers, and Chinese mainlanders — who aren’t interested in politics.

Mia — who, like her peers, found politics when the protests started happening — expressed concern about going back home. “It’s like a warzone. The protesters don’t care about their future anymore.” Mia’s family lives next to some of the central protest areas and the demonstrations have invaded every aspect of their lives. Schools were closed as universities became battlegrounds. The MTR, the city train system in Hong Kong, altered schedules to prevent protesters from meeting at night. Mia’s mother complained that even the plants in their garden at home were affected by the tear gas.

The recent district election in Hong Kong saw the highest voter turnout in history, with unprecedented wins by pro-democracy legislators. But the people’s grievances lie with the Legislative Council, not the smaller districts. The extradition bill may have been withdrawn but protesters and activists are still in the streets. Police are still attacking with tear gas and water cannons. On online forums, protesters still discuss what to do and plan boycotts of mainland businesses.

“The main issue has deviated from the bill to police brutality,” Mia explained. The extradition bill sparked weekly protests, but its withdrawal became only one of protesters’ five demands: withdrawal of riot characterization of the June 12 march, release of arrested protesters without charges, universal suffrage for elected officials and an independent investigation of the Hong Kong police.

Between water canons and tear gas, Hong Kong police have also used rubber bullets or “beanbag” rounds on protesters, causing injuries and even partially blinding one woman after shooting her in one eye. Police in riot gear stormed Prince Edward Station on August 31 and used pepper spray and beat passengers indiscriminately — whether they were wearing the black uniforms of the democratic movement or the white of the pro-establishment. MTR, the train system and the police denied that people died in the attack, but rumors about the incident are widely spread and believed. Uncertainty and risk of disinformation surrounds the protesters at every side.

Accusations circulate about the police force in Hong Kong. Some speak Mandarin, as opposed to Hong Kong’s Cantonese, they use communist rhetoric and — according to Stevena fellow demonstrator e — when asked for their identification, they don’t have it or refuse to show it. The police force, as Steven put it, seems to be divided between imposter officers from mainland China and real local police. “The police are generally out of control and the government is not trying to control the situation.”

The death of Chow Tsk Lok, a protestor, who fell from a building next to protests, is considered the first in the current movement. Investigations by Time, The Seattle-Post Intelligencer, and CNN reported that tear gas was thrown into the building, but The New York Times reported that there was no police presence outside. A Hong Kong police report stated that any ricocheting objects from protests — rubber bullets or teargas — would not have caused the fall of Chow Tsk Lok.

Mia, Queenie and Steven all brought up the same case of police brutality: the body of a teenage girl that was found at sea. Competitive swimmer Chan Yin-Lam, 15, was found naked in the ocean in September. The Hong Kong police labeled the incident as unsuspicious and wouldn’t lead an investigation. Protesters seem to go missing and are later found dead, fallen from buildings. A Hong Konger working in the UK consulate claims to have been detained by Chinese investigators. Protestors theorize that the police have been corrupted by their power and use of arms and want an investigation untainted by mainland politics.

Yoyo Chan, a sophomore student journalist at Hong Kong University of Science and Technology, attended protests throughout the summer. She now covers the events for her university’s publication and helped students escape the campus battles at Hong Kong Polytechnic University. When asked about the mysterious deaths attributed to police outside of protests, she said: “To be honest, there isn’t a lot of evidence. But the facts of the cases don’t make sense.” There is no blood surrounding bodies that fell from buildings. A competitive swimmer was found drowned.

As reported by the BBC, Simon Cheng, a United Kingdom consulate worker, claims to have been detained and tortured in mainland China to be interrogated about the UK’s involvement or  support of the democratic protests. He believes he was not the only Hong Konger in Chinese custody. In order to face less harsh treatment he was forced to confess that he solicited prostitution. In his own account online Cheng states, “The alternative was indefinite criminal detention, severe criminal charge and harsh treatment handled by secret police. I have no choice but to give a confession.” Cheng was released and will be seeking asylum.

Videos of police brutality are spread from one Instagram story to another. Students rely on meme pages for the latest information about the protests, including videos of police abuse and theories about the string of apparent suicides. Traditionally trustworthy news outlets like the South China Morning Post were acquired in 2016 by Alibaba, a Chinese conglomerate, leaving readers skeptical of their coverage of Hong Kong events.

Before the district elections, Mia shook her head when asked how she imagined the protests would end. “I don’t know.” Since then, she said that things have died down but still persist. Protests still occur every weekend at shopping centers or the streets. “They won’t stop unless they give the demands,” Queenie stated about the protesters. All of the students The Press spoke to expressed similar thoughts.

Stony Brook students will be heading back home for Christmas to rest until the next semester, but Hong Kong students go back to their city to protests, marches and rubber bullets, whether they like it or not. Queenie will be graduating this semester and will be staying in New York City for work, but Mia and Steven will be going back home to Hong Kong, participating in peaceful marches and demonstrations respectively. 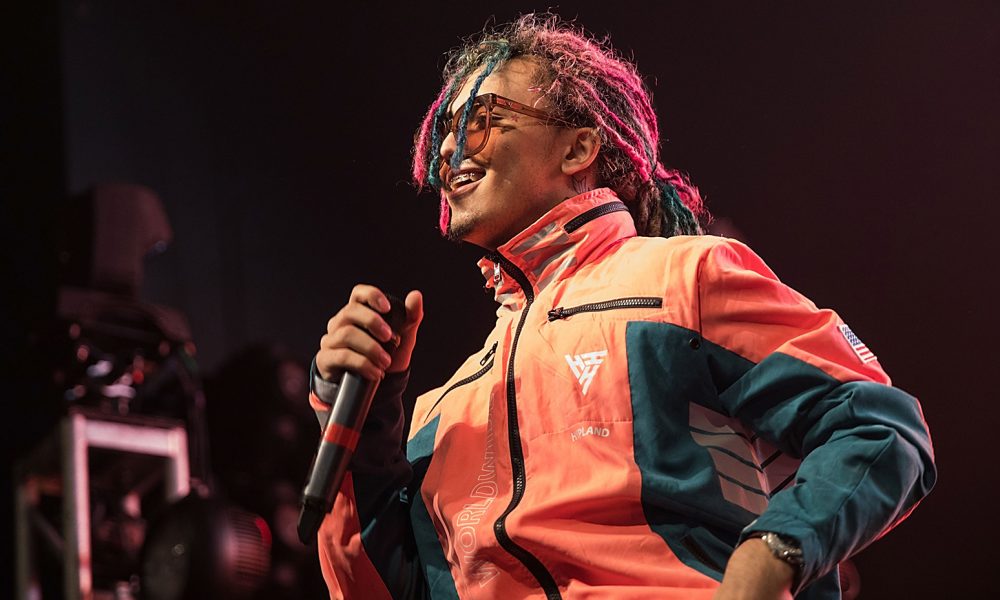 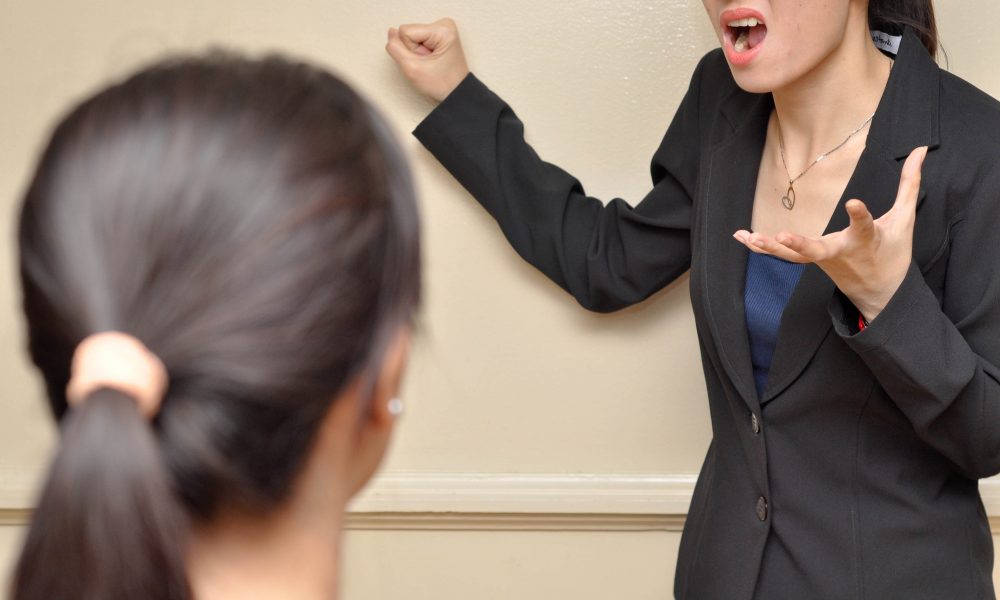