Andrew Yang’s opening statement was met with groans and laughter in the third Democratic presidential debate. “My campaign will now give a freedom dividend of $1,000 a month for an entire year to 10 American families, someone watching this at home right now,” he said, referring to his signature solution — a monthly universal basic income. Whether or not this is legal is still up in the air. Following Yang’s statement, a slightly amused Pete Buttigieg had only one thing to say in response: “It’s original. I’ll give you that.”

With the 2020 presidential election on many Americans’ minds, the Democratic Party of the United States has been overwhelmed by choice. A total of 26 Democratic hopefuls have thrown their hats in the ring, seven of whom have since dropped out. The party is torn between a new age of progressives and moderates hoping to balance Trump’s appeal to working-class Americans with the civility and trust that was sorely lacking in his 2016 campaign.

Whereas other Democratic hopefuls have been locked in an endless discussion on healthcare, gun violence and immigration (among other things), Yang is perhaps unique for placing the effects of automation and other contemporary technologies at the forefront of his campaign. His signature issue, universal basic income, is his response to the effects of corporate automation. “What is UBI?” is plastered at the top of his campaign site.

Among this field of Democratic hopefuls, the former tech executive has been compared to Silicon Valley upstarts in the way he has chosen to conduct his politics. But unlike the irrelevant characters of Silicon Valley displayed in the HBO show of the same name or the competitive venture capitalists often profiled in the news, Yang isn’t a candidate out to disrupt the status quo with a flashy new app. He’s out to fix what he believes is a systemic flaw in the American economy: automation.

He brings to the table not a large body of political experience or strong opinions on mainstream issues, but proof that niche ideas that exist in the fringe of American politics can still attract supporters.

His grassroots campaign has raised a large percentage of his funds from small-dollar, passionate donors who donate more than once, and wealthy software engineers who can relate specific policies regarding automation.

However, as a result of his niche views, he has inadvertently amassed an similiary niche internet following. Supporters dub themselves members of the “Yang Gang.” They post memes that embrace an edgier brand of internet humor. They create unsanctioned music videos with references to Japanese anime and “vaporwave aesthetics.” It has brought both good faith to the campaign (Yang himself has adopted the term “Yang Gang”), and the bad, with articles highlighting Yang’s supposed alt-right following.

Furthering his online presence is his ability to attract attention from big tech executives, including an endorsement from Elon Musk, who said, “He would be our first openly goth president. I think this a very important,” jokingly referring to a high school photograph of Yang. Musk later re-emphasized the need for universal basic income. Reddit co-founder Alexis Ohanian Sr. offered to fund Yang’s opening statement promise if Yang could not follow through, citing the need to address the upcoming shift in automation and the rise of artificial intelligence.

However, the question remains whether his niche focus on technology, and his openness to online notoriety, will pay off in his quest to become president of the United States.

In early November 2017, the entrepreneur and child of two immigrants officially began his run for president of the United States. Yang’s run for the Democratic nomination seemed outlandish at first. A technocrat spouting apocalyptic rhetoric about the upcoming robot revolution? Automation replacing truck jobs? Although many experts were sold on automation’s impact on the U.S. economy, an early New York Times profile labeled him as a “longer-than-long-shot candidate.” Very few voters knew who he was.

Similarly, a Times profile quickly sought to distance Yang from the race. Other than their now infamous “longer-than-long-shot” quote, which is now etched on a shot glass available for purchase [where], the Times profile displays Yang as an alarmist, hoping to fight off an upcoming robot invasion.

Writer Kevin Roose labeled some of Yang’s ideas “radical,” including one to install a White House psychologist. He ends the article claiming that Yang’s candidacy “won’t end with a parade down Pennsylvania Avenue.”

The Times profile is but one example of how little mainstream media took him seriously. Despite polling ahead of Senator Kamala Harris in her home state of California, he ranks beneath Tim Ryan and Tom Steyer, two men absent from Houston’s debate stage, in mainstream media coverage. Frontrunners Biden, Warren and Sanders hog the limelight, with news outlets sure that the three are likely to overcome their competitors, many who are polling beneath 5%.

But Yang’s campaign ended up doing something interesting. He focused his grassroots campaign toward the internet, using online platforms such as podcasts, radio shows and Twitter to appeal to potential supporters browsing through social media or going down rabbit holes on YouTube, letting his supporters spread the word about his candidacy through their own means.

“I think he had decent coverage in the recent weeks and it will only improve from now on. I don’t think that’s much of a concern,” said one supporter who asked not to be identified for fear that he may be contacted by other campaigns.

Instead of restraining himself to heavily edited short videos or brief stints on popular late night programs, Yang decided to take advantage of new media, talking for hours on end on popular podcasts and radio shows, allowing him to flesh out his ideas and reach a greater audience without a time constraint.

“If this dude can unite a Youtube comment section, he can unite a country,” commented one user under Yang’s appearance on hip-hop talk show The Breakfast Club.

Yang also received a surprising amount of support from red-letter alt-right figures such as Tucker Carlson from Fox News.

“He’s a serious person,” said Carlson on his cable show Tucker Carlson Tonight. “And he has a pretty deep understanding of the problems this country faces. He may be the one person this year who’s pitching a series of reforms that might actually help the country.”

Aside from appearing on The Joe Rogan Experience a good seven months before Bernie Sanders, racking up almost four million clicks, he has appeared in both mainstream and internet fringe shows alike, from the The Late Show with Stephen Colbert and The Daily Show with Trevor Noah to The Breakfast Club and the H3 Podcast.

Interestingly, he is the only Democratic candidate for president who has been willing to speak to Ben Shapiro, a controversial media personality who has embraced new media as a platform for his conservative rhetoric. The Ben Shapiro Show: Sunday Special with Andrew Yang has around 250,000 thousand views.

Yang’s campaign message is, as he puts it, “Not Left. Not Right. Forward.” Yang has tried to make this one of the critical points of his campaign, not just limiting his appeal to liberal Democrats or neo-conservatives but building a community of all parts of the political spectrum.

There is a sense of humor Yang employs in his campaign. The term “Secure the Bag,” commonly associated with hip-hop, has been adopted by YangGang members, referring to Yang’s universal basic income policy. His marketing pushes his immigrant roots, with videos of Yang playing basketball, interviews with Youtube personalities The Fung Bros and quirky merchandise featuring MATH, or “Make America Think Harder” — a nod to his Asian-American heritage. “The opposite of Donald Trump is an Asian man who likes math,” said Yang during a primary debate.

He has argued for the legalization of marijuana, with an offbeat twist, telling Rogan, “My plan as president is that on April 20, 2021, I’m going to mass pardon everyone who’s in jail for a non-violent drug-related offense.”

But with this grassroots come-up, Yang’s organic rise to relevance has the potential to scare off America’s more moderate voters — who may consider Yang’s association with political meme culture as problematic.

Yang is also pushing the limits for how far his internet credibility can go. Last month he poked fun at the president, saying, “Like, what could Donald Trump possibly be better than me at? An eating contest?”

This sparked a discussion among his supporters, many arguing that they would be unable to support Yang if he sank to the same moral level as the president.

“I used Yang’s contact page to tell him that I’ve been contributing to his campaign to keep him in the debates, but that I will stop if he behaves like Donald Trump. One is enough,” said one anonymous user on Reddit’s r/politics subreddit forum.

But unlike his democratic counterparts, he can also transcend political boundaries, a quality quite apt for a candidate of the future. His adherence to technology policy during interviews is likely a large contributor to his ideologically widespread coalition of supporters, ranging among progressives, libertarians, Trump voters and disaffected voters.

Andrew Yang has the makings of one of America’s most fascinating political figures, one that has the opportunity to be looked back on with distinguished reverence, as someone who could embrace the future before his counterparts — someone who saw the cracks before anyone else could.

For all of his internet fame, whether or not Yang’s off-brand politics can lead to him victory is something American voters in the coming months must decide for themselves. The question that remains is whether or not they are willing to take a chance on another political outsider, one who heralds the rise of artificial intelligence over well-established issues like healthcare and gun violence. 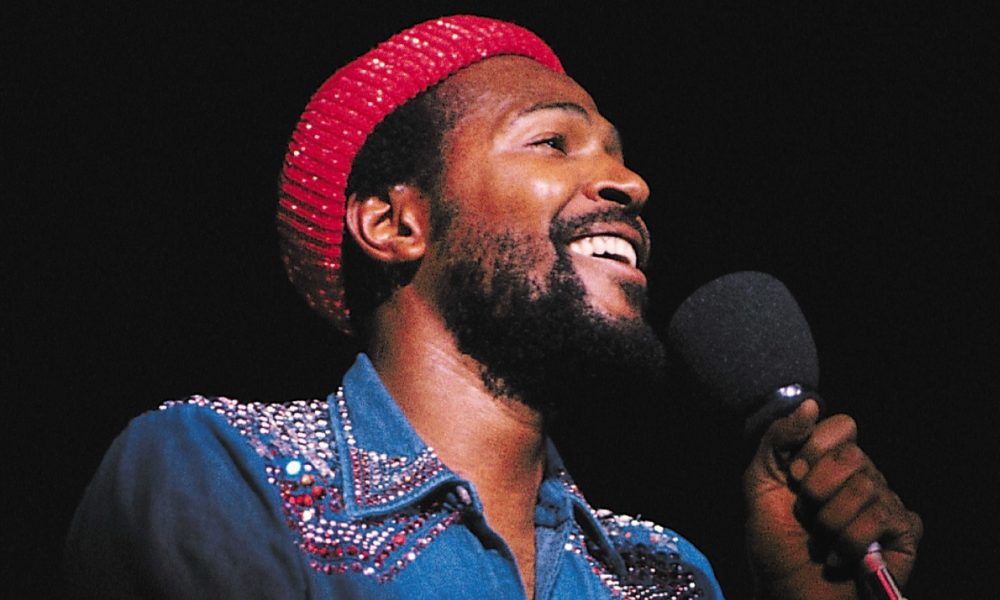 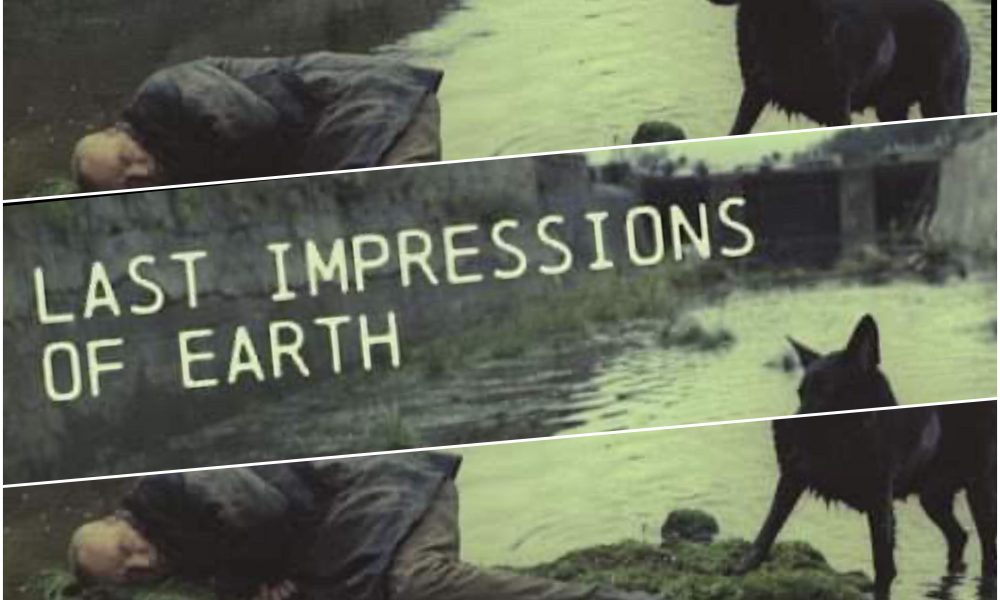