Members of the New York City Transit Authority Committee and more than 65 citizens watched as Christine Serdjenian Earwood addressed the lack of elevators on the subway, calming her son nested in her baby carrier at the same time.

“We live in this city and we try to participate in this city’s economy and contribute to it. Nobody should be at the risk of dying as Malaysia Goodson tragically did while doing something typical”—riding a subway— “that each of us is forced to do on a daily basis,” Earwood, the founder of Upstand, an organization devoted to accommodating pregnant women and families with young children, said at the meeting, as two other activists standing behind her held up signs saying  “Hear Our Cries” and “Elevators Now.”

“We need more accessible subway stations and buses so the women and children of this city can be mobile and safe,” Earwood said.

Maylasia Goodson, whom Earwood referred to, was in the city for a shopping trip on Jan. 28 when she carried her stroller and one-year-old daughter down the stairs at a station to catch a subway. At 8:00 P.M. that day, she was found unresponsive on the subway steps next to her stroller due to a fall. Her daughter survived. She did not.

Goodson may have died of a fatal medical condition on the stairs not related to the fall, according to the City Medical Examiner, as no brain trauma was found. Activists have dismissed these findings as an excuse, however.

Goodson’s tragic death has ignited existing outrage over the lack of accessibility for parents, the elderly and the disabled on subways. Out of 472 subway stations spanning throughout the five boroughs, only 118 — less than 25 percent — are equipped with elevators.

Earwood’s fight for more elevators is fueled by her own experiences and experiences of other mothers who were pregnant or were experiencing complications. According to Earwood, moms have had to quit their jobs, go miles out of the way to an accessible station in order to get to work, have been late to daycare pick up and have even fallen down the stairs.

“I mean, we just had a death in this city,” Earwood said.

Less than a month after Goodson’s death, two sources told the New York Daily News that 14 of the 50 stations promised to be made accessible in the next five years were in danger of losing funding.

The lack of accessibility in NYC has led The Disability Rights Advocates, a legal center for those with disabilities, to file a class action lawsuit on behalf of local coalitions, including the Brooklyn Center for Independence of the Disabled and Bronx Independent Living Services. The lawsuit, which claims that the subways discriminate against wheelchair users and others, was filed in April 2017 and is still ongoing. 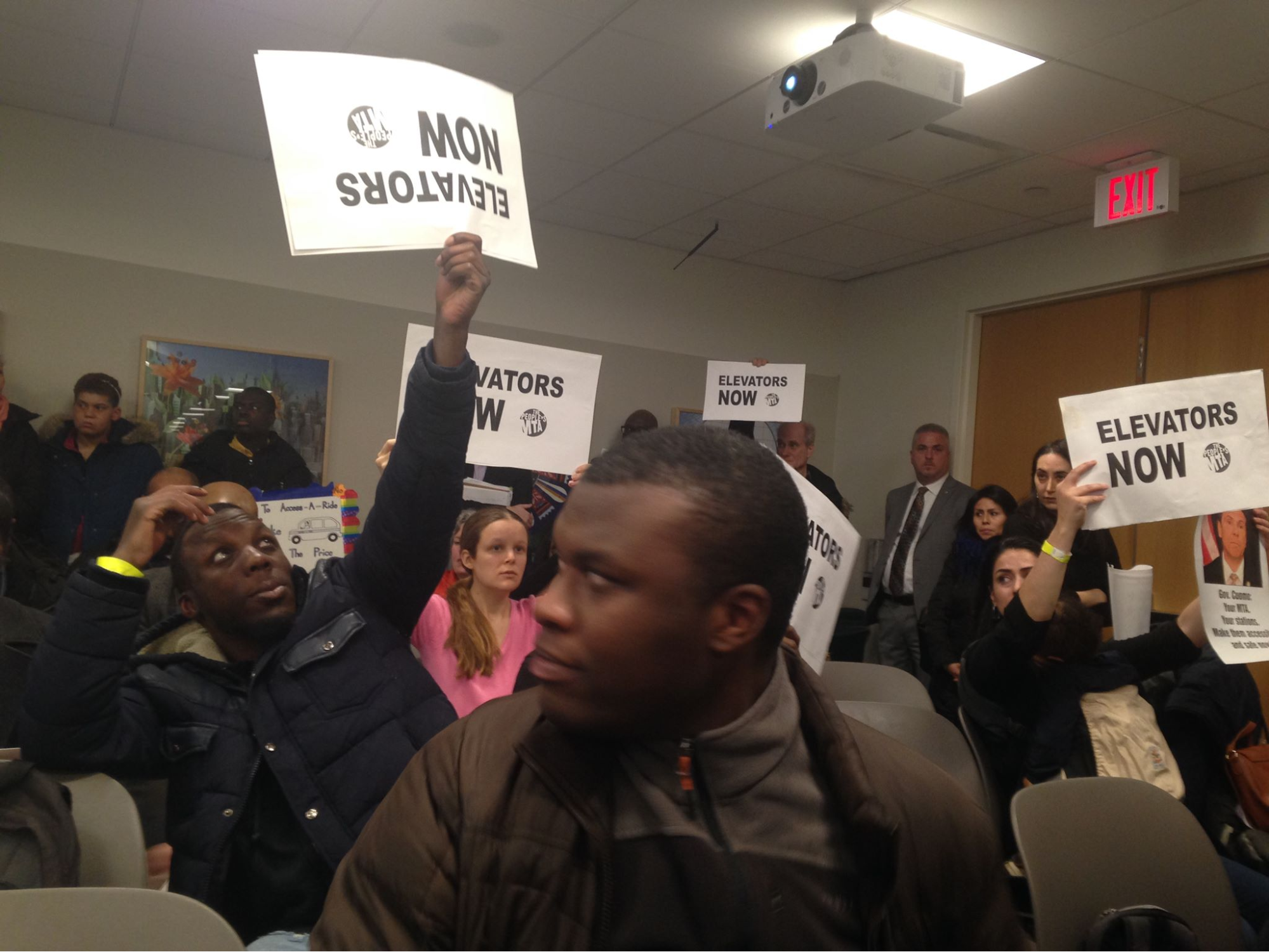 If the MTA settled, according to Earwood, it would have to spend its state funding on accessibility instead of allocating the money to other projects, such as the MTA’s Live Media Program, which is projected to install 53,000 television screens which would display advertisements, service changes, announcements, etc, over the next five years.

Tony Murphy, an attendee of the committee meeting, held a moment of silence for Goodson during his time slot while other attendees held up signs saying “Elevators Now.”

The MTA’s 2015-2019 Capital Program put the bill for 18 elevators at $740 million. The capital program also allocated $333 million for 42 elevators and 32 escalator replacements. Overall, the subways got $14.5 billion in funding in the four-year program.

This race to make stations accessible comes 25 years after the passing of the Americans with Disabilities Act (ADA). The legislation bans discrimination against those with disabilities in all areas of public life, including transportation. Under the ADA, stations must have elevators, signs, audio announcements and braille, among other accessibility features. However, the then-86-year-old subway was only responsible for making key stations and newly built stations accessible. A local law passed in 1994 required the MTA to make 100 key stations accessible by 2020.

Over the 25 years since the passage of ADA, the MTA launched the paratransit service called Access-A-Ride to meet ADA requirements, which is for disabled commuters who can not use the subway or buses to get around.

However, since Access-A-Ride is on a fixed schedule and has to pick up multiple people in its ridership (about 144,000), passengers are often left with long wait times and trips that have taken up to six hours.

Eman Romawi, an Access-A-Ride regular and activist at New York Lawyers for the Public Interest, testified to these six-hour-long trips at the committee meeting. The long rides conflict with her very busy life, she stated.

“We want the pilot to be made permanent, available to all Access-A-Ride Customers and to be free from any efforts to rationalize a service,” Romawi said during her public testimony.

Andy Byford, the chief executive officer of the New York City Public Transit Authority, was brought in from London in 2018. He launched the “fast forward plan,” which promises to make 50 stations accessible within the next five years.

“My commitment to those 50 stations is rock solid,” Byford said during his reaction to the 25 attendees who publicly spoke on accessibility. “We fully intend to do 50 stations within the Capital Plan.”

Earwood believes that Byford’s plan is sending the subway in the right direction.

“I think he has good intentions,” Earwood said. “What history has shown is that sometimes leadership needs to be forced to make a more solid commitment.” 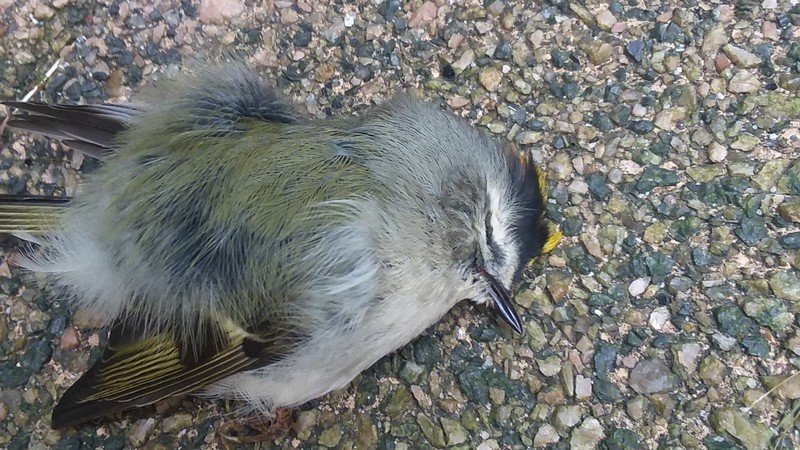 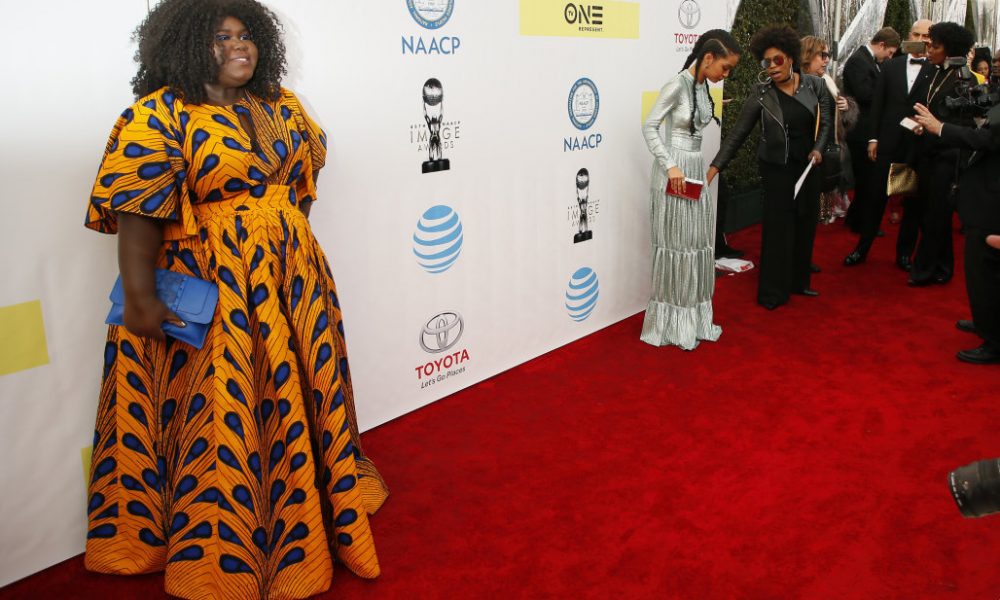