When Professor Nerissa S. Balce was living in Manila, Philippines, it was common for neighbors to warn her about which areas to avoid so as not to find a corpse on the street.

She never saw any in person, nor did she see any photographs of them in the newspapers. But the people there had a Spanish term for them: “desaparecidos,” or “those who were disappeared.”

“To be disappeared means you were picked up by the military,” Balce said. “So you disappear from your family and friends, nobody knows where you are, and then your corpse surfaces later maybe a few days, maybe a week, maybe several weeks later with marks of torture. And if you were a woman, you would have been raped.”

This was the reality many Filipinos lived during the time of martial law, which was put in place throughout the Philippines from 1972 to 1981 by former President Ferdinand Edralin Marcos, whose government is believed to have killed over 3,000 political opponents and tortured over 10,000. Having grown up during this time, Balce is part of a generation commonly referred to as “martial law babies.” 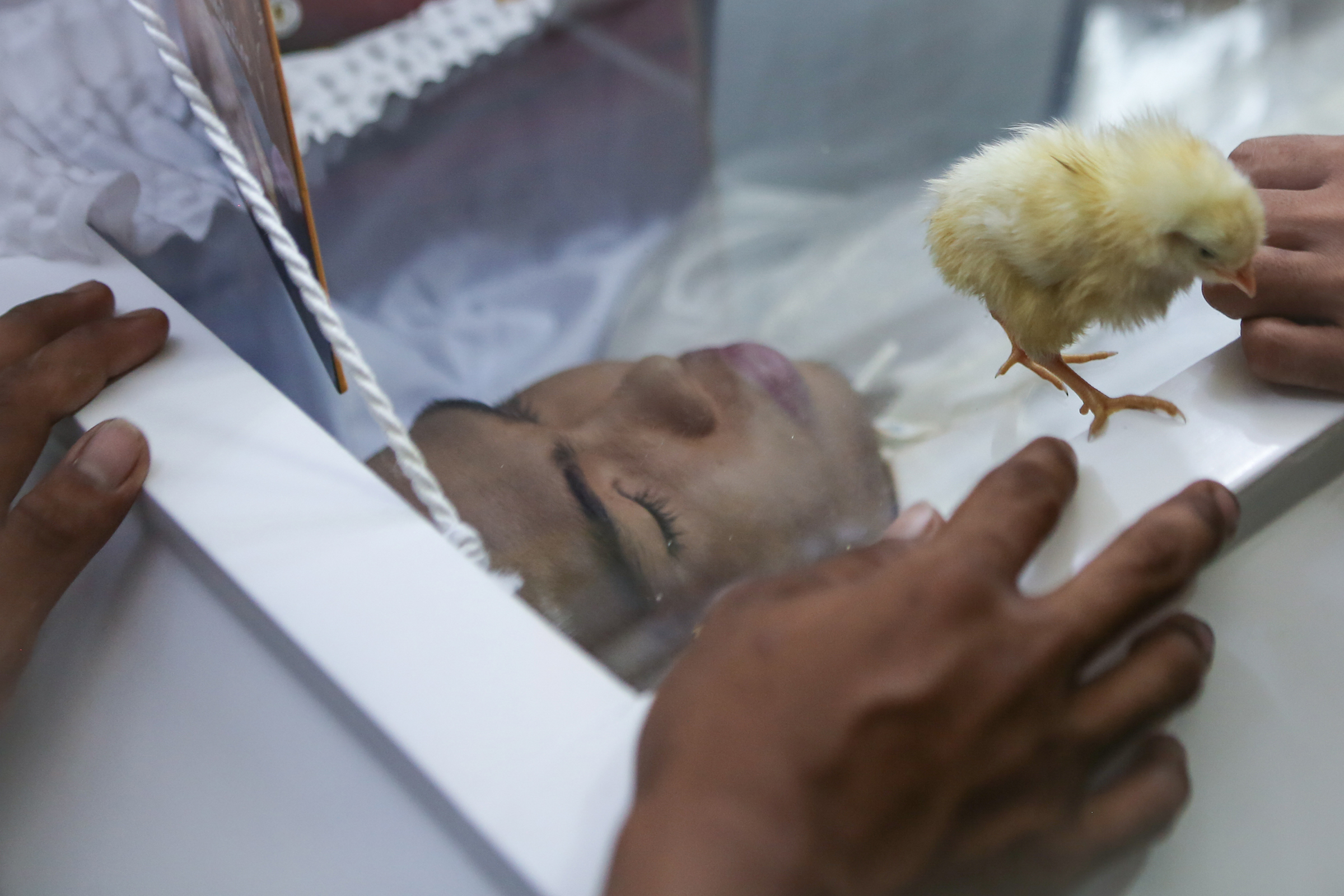 Balce is now an associate professor and undergraduate director at the Department of Asian and Asian American Studies at Stony Brook University.

“Because I grew up under a dictatorship, I’m very aware of what is happening in the Philippines,” she said.

The country’s current leader is also understood to be responsible for a multitude of killings. Around two years ago, President Rodrigo Duterte began launching his “war on drugs,” targeting alleged drug dealers and users. It has left thousands dead. In September, Duterte admitted that the extrajudicial killings happened under his administration‘s drug war, calling them his “only sin.” Two cases have been filed against him in International Criminal Court (ICC.)

“The disappeared during the Marcos regime, their photographs were not taken because the newspapers were censored,” Balce said. “Now, fast forward to decades later, what’s interesting now is that in the regime of Duterte there are all these photographs of people who have been killed under suspicious circumstances.”

This is the topic of a recently launched online photo exhibit, “Dark Lens / Lente ng Karimlan: The Filipino Camera in Duterte’s Republic.” The website was co-curated by Balce,  professor Pia Arboleda of the University of Hawai’i at Manoa, and Francine M. Marquez, founder of the Manilla Arts Alliance. The site has many contributors, including photographers, scholars, poets and artists from both the Philippines and North America.

“We wanted to preserve the photographs before they become disappeared, too,” said Balce. “The Marcoses are trying to clean up their reputation. We are nervous that the Duterte administration will try to clean up their reputation as well. And so my co-curators and I wanted to preserve the photographs so that people will know that this is what is happening in the Philippines right now.”

The photos paint a dark image of the deaths happening in the country, with pictures capturing everything from battered corpses surrounded by crime scene equipment to mourning family members.

In one photo taken by Eloisa Lopez, young Filipino children mourn the loss of a deceased person as their body lays in a casket surrounded by flowers. “Hindi ko kayang isulat ang pangalan mo, Halang ang bituka, Halang ang kaluluwa, Sinusunog ka na sa impiyerno,” begins the poem by Irma Lacorte that’s included in the photo’s caption. “I cannot write your name, As your insides are torn, As your soul is sundered, You are already burning in hell.”

“You cannot possibly imagine how many photographs we had to look at,” said Arboleda. “And after like 30 minutes we’d just stop and cry.” 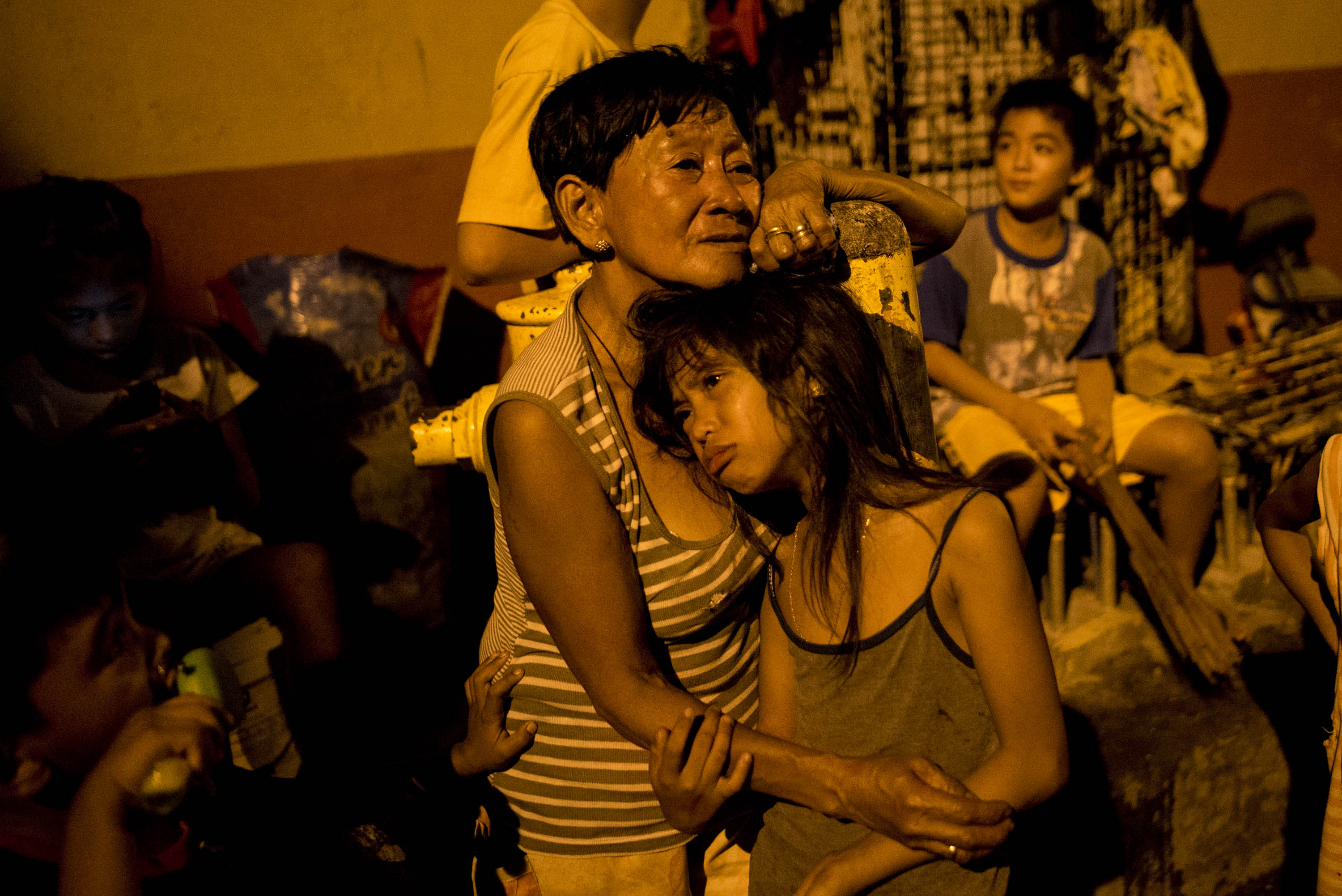 None of the Dark Lens photographers are over 25 years of age. They go into the slums when it’s dark to take pictures. And they must do it quickly. The police come to ward off the media or cover the corpses so that no one can see anything questionable on them, such as marks of torture.

Despite the potential safety risks, those living in the Philippines who contributed to Dark Lens identify themselves on the website, and many have identified themselves elsewhere as well.

“Their names are plastered and their photos are plastered all over the internet,” said Arboleda. “People are out in the streets in the Philippines. They risk their lives for the truth.”

The fact that these photos of people killed under Duterte’s administration are out in the open is something that contrasts from the Marcos administration.

“In the Philippines right now, because everyone has a cell phone, it’s a bit more difficult to just arrest anyone,” said Arboleda. “But we have seen cases of an ordinary citizen being arrested and accused of dealing drugs.”

One of Dark Lens’ main sponsors is the SUNY Stony Brook’s Center for the Study of Inequalities, Social Justice and Policy. Christopher Sellers is the center’s director. Balce originally reached out to Sellers around August to ask if the center would be interested in sponsoring a talk by a leader in a labor organization from the Philippines, to which he enthusiastically agreed.

At the time, Dark Lens was still in planning. Balce told Sellers about wanting to put the Dark Lens project on an online archive and asked if the center would be interested in it. Again, he agreed.

“They [the co-curators] wanted to get this out sooner rather than later because this stuff is happening on the ground,” Sellers said. “So that’s where I think the internet is just a wonderful tool for illuminating injustices around the world, and this was the first effort of our center to pitch in some of that.”

Part of Balce’s research involves the culture of fascism and authoritarianism.

“Authoritarianism as a worldview, or as an ideology, is about just embracing and taking the word of one person, of one authority,” Balce said. “And that person decides what is real, what is fake, who is the enemy, and who is the hero, who deserves to live and who deserves to die.”

Some have likened the situation in the Philippines to a form of authoritarianism.

“There are some Filipinos who will not criticize him [Duterte] out of fear and then there are also those who are attracted to the power and they want to support the violence of the state,” Balce said.

Their next project is to recover and preserve archives from when the Philippines was under martial law during the time of the Marcos administration in order to help counter attempts to erase history.

Arboleda also grew up during the time of martial law. She certainly remembers what it was like. She remembers having to be home before curfew, texts she could not study in school and things she could not say in the classroom.

“Our generation failed the new generation because they just don’t know,” she said. “I don’t know where the gap is.”

Still, there are people like the Dark Lens contributors and many others who are standing up to the administration’s oppression.

“Right now, because of all this, it’s really so bad, some of the high schools…the students there are taking a strong stand against Duterte,” Arboleda said. “So now people are starting to become more critical about what is going on.”

But while the human rights violations happening as part of this “drug war” are being committed by the Duterte administration, the country’s relationship with the outside world is relevant to what is going on there; the Philippines and the U.S. have close ties. 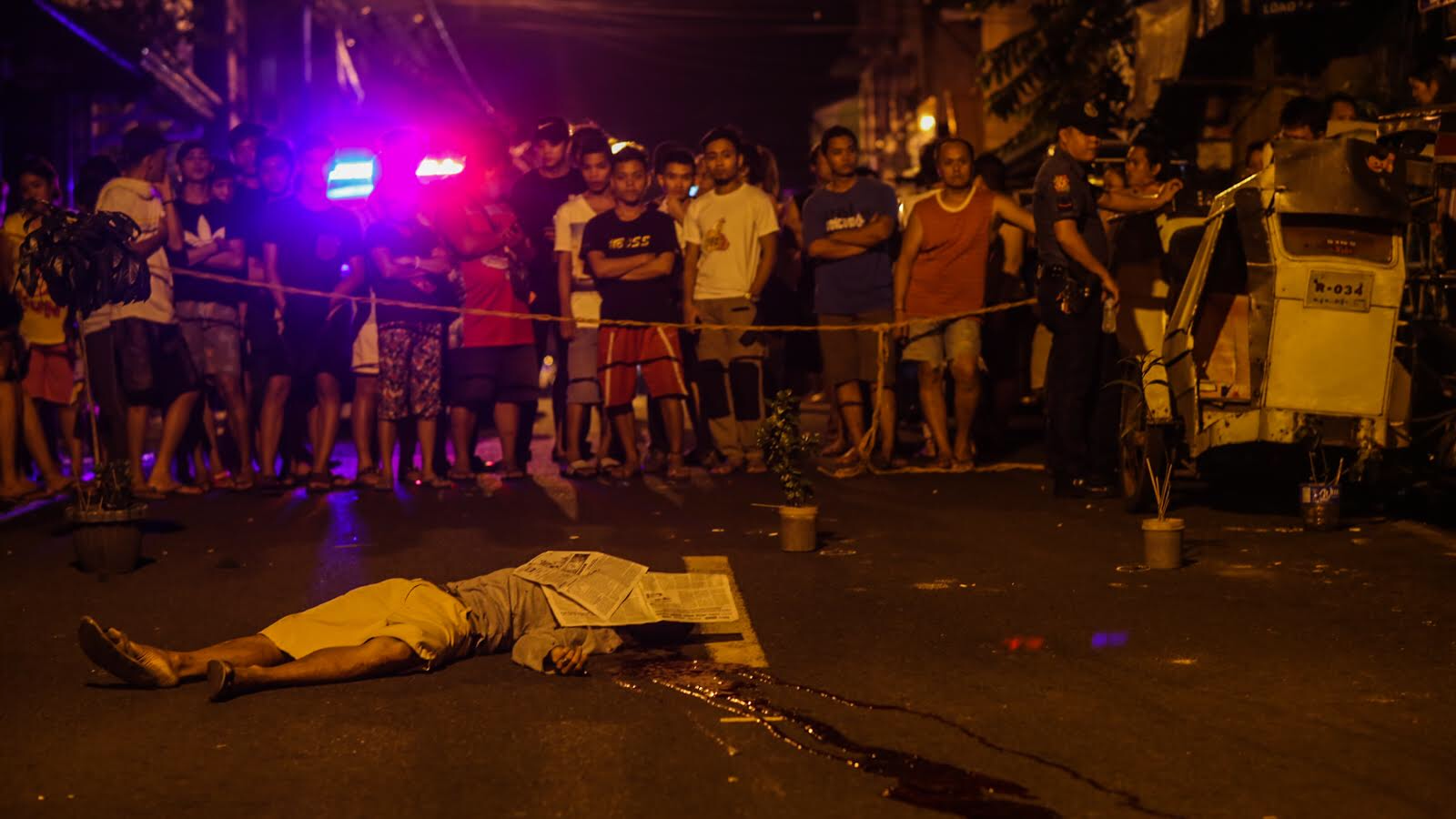 “The Duterte administration would not be as violent as this if it didn’t have the support of some representatives of the U.S. government,” said Balce. “I hope that young Americans will look at Dark Lens and understand that there is an American history to this. There is an American hand holding the gun and shooting at women, children and men in the Philippines.”

The United States and the Philippines have a military relationship. In fact, the Philippine military said that they will increase their joint defense and security activities with U.S. forces next year, according to a report that was published by the Associated Press in September.

Balce says she would ideally like to see the military relationship between the U.S. and Philippines ended until the human rights violations committed by the Duterte Administration are investigated.

“What I would like to happen is that military support for the Duterte administration would be cut,” said Balce. “It’s not going to happen because the United States needs the Philippines as an ally in Asia.”

But as Balce points out, other countries have responded to the human rights violations in the Philippines. For instance, in February, Canada ordered a review of a multimillion-dollar deal to sell 16 helicopters to the Philippines over human rights concerns, which prompted Duterte to cancel the deal.

Midterm elections (which will not include the presidency) are also coming up in the Philippines next year.

“I don’t usually vote, and now I’m afraid that if I cast my vote outside of the Philippines that they will create false ballots,” Arboleda said. “But my husband and I have said that we will cast our vote and hope that the system won’t fail us. So if we could garner support for the liberal party candidates then hopefully it will lessen Duterte’s hold. Right now, the Senate and most of the Congress is pro-Duterte so we have to get more of the opposition into the Senate and Congress.”

“I am pessimistic,” Balce said. “But at the same time, because I teach art and politics I want to believe that something good will happen because we have these young photographers trying to record this terrible moment.” 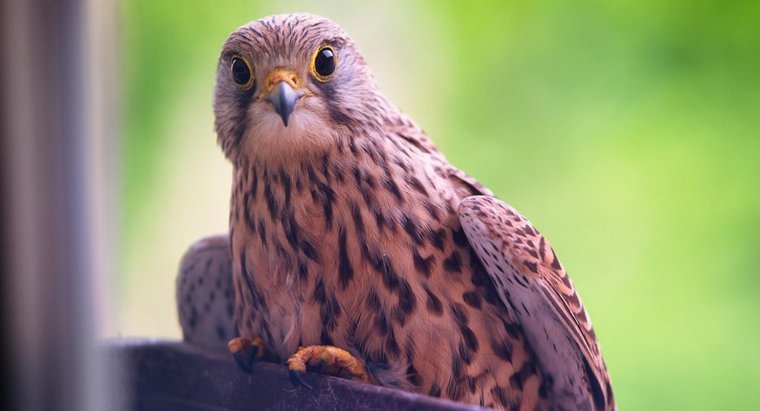 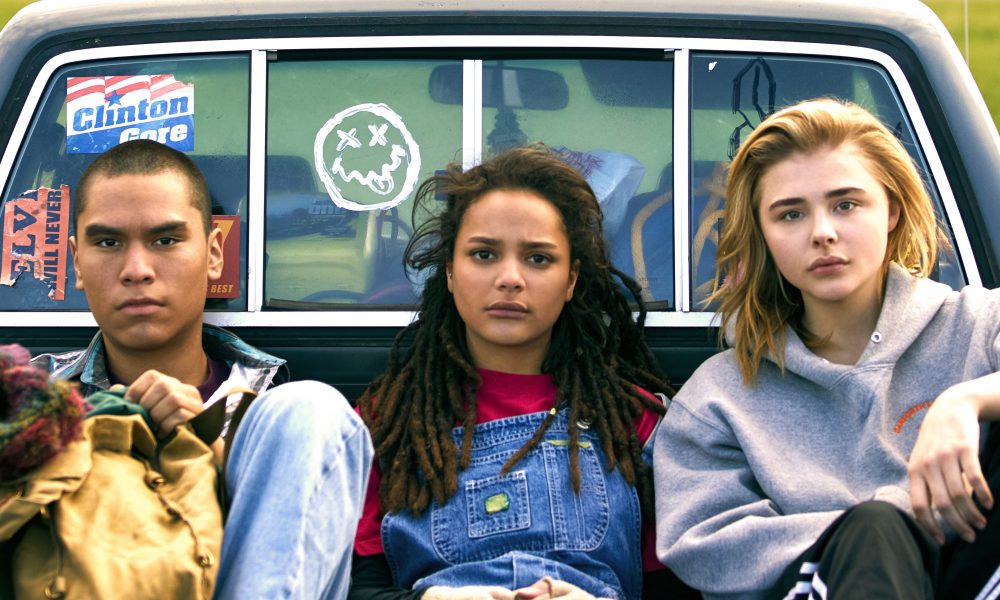