Since the release of their self-titled debut “Varsity” back in 2015, indie rock band Varsity has spent much of their time honing their incredibly upbeat sound.

The Chicago outfit — made up of lead vocalist and lyricist Stephanie Smith, guitarists Patrick Stanton and Dylan Weschler, bass guitarist Jake Stolz and drummer Paul Stolz — leans heavily on the side of positivity, creating an air of optimism wherever they’re played.

Tracks like “Amanda” and “Turns Out” off of their debut feel like walking through a ray of sunshine with undercurrents of a cloudy day underneath. They effortless combine bright guitar riffs and lyrics, producing catchy earworms that stick with you the entire day.

Recently, the singles they’ve been dropping in preparation for their sophomore outing “Parallel Person” signal a change in pace.

Melancholy songs like “Krissy” and the end of “Must Be Nice” show they’ve found a good middle ground, retaining their good vibes while exhibiting a whole spectrum of emotion. We hit up Stephanie and Patrick to fill us in on what to expect from their new record arriving April 27.

How did you guys get together?

Patrick: It’s not that exciting. Dylan, Steph and I were just playing together. Dylan and I both wanted to play bass because we’re pretty obnoxious and it sort of just evolved from there. We went through some lineup changes and then we met Jake and then his brother Paul and that’s the current lineup today. But yeah, we would try and play songs. Either we would try and learn a cover pretty poorly and work on some ideas we had and we just kind of started from there.

What’s goes into the creation of one of your songs or albums?

Stephanie: We pretty much always start with a chord structure or a melody first and then. like, jam on it as a band and get it to a place that we really like structurally, and then the lyrics are actually last.

Do each of you have a different role to play or is it all pretty much equal?

S: I would say we all take responsibility for our own parts on our own instruments. Everyone can bring ideas to the group. I think typically Dylan and I will bring ideas to the group but it’s happened other ways for sure. I write all the lyrics. I guess that’s the only thing I take full responsibility for, but everybody has the opportunity to give their own input and change other people’s part and really determine their own arrangements and stuff like that.

Storytelling is a major part of all your songs. It’s like a friend filling you in on what’s been happening since you’ve been gone. Where’d that come from?

S: Yeah, I think that I’m super into storytelling. I went to school for documentary filmmaking ‘cause I love other people’s stories, I love telling stories, I love interviewing people, so I kind of viewed this as another outlet to like continue the storytelling kind of theme that I’ve always just been attracted to.

Do you usually pull from your own experiences or from others?

S: Both, I would say. Usually if it’s other people’s I try to protect the innocent, if you know what I mean.

The singles you’ve dropped from “Parallel Person” sound like they strike a balance between being upbeat and moody. What did it take to get there? How has your sound evolved over the years?

S: I would agree. We’re generally drawn towards major chords and happy melodies, I guess, or like at pretty catchy melodies, but the lyrics aren’t necessarily in step with the initial sort of takeaway from the song. As far as how we’ve changed, I don’t know. Maybe Pat can speak a little bit on that.

P: I think we’re better at structuring songs and arranging songs and getting the mood of the song, getting there quicker. We’ve been writing and playing together for so long now that we can read off each other. We know each other’s strengths and weaknesses, I suppose. So it just seems more efficient and more direct. It’s all-around a better approach and hopefully that’s reflected in the songwriting.

What do you want people to come out thinking after listening to “Parallel Person?”

P: I think we spent a lot of time of making sure it sounds good. It’s the first record we recorded in a proper studio, so we did take a lot of time to make sure that we got all sound right. I would put some headphones on and pay attention to that.

S: Yeah, I think also it’s the kind of album that when you listen to it more than once you’re gonna notice different things, because we were kind of like meticulous and intentional about how we mixed it and how we arranged it. So I think like little nuances will come out with more listening, especially for people who don’t necessarily listen to lyrics or arrangements the first time through. When I listen to an album, I just listen for the vibe first and then, like, hopefully with more listens new things open up to me. I think people will be rewarded, especially with headphones.

Do any of you have any significant influences? Or are you just trying to create a feeling?

P: We are trying to generate a feeling for sure, and each one of us I know has specific reference points for guitar, bass or drums or what have you. As far as the record in general…

S: Like, at the time we were listening to a lot of Cate Le Bon, the Eagles, the Strokes, Arthur Russell. Not that any of these people are anything the same, but we all were listening to kind of the same type of music. We actually have a playlist on Spotify of all the songs we were listening to when we wrote the album. I think it’s called, like, “Parallel Person inspiration” or something. Even though all these different bands don’t sound necessarily the same, I think good arrangement and playing off of each other is something that we all really appreciate and strive for. Also, we’re watching a lot of band documentaries too. We loved the Eagles documentary.

S: I was super into the George Harrison documentary.

P: I watched one about Blondie that I hated.

Your visuals (cover art, music videos, etc.) seem to have changed as well. It all feels like a cohesive package that’s still familiar.

S: Yeah, especially the music video for “Must Be Nice” I feel like that. I love the artist that animated that music video. His name is Shane Beam. He’s great and I think he really did capture the mood of the song, which is kind of what we enjoy doing is like handing over our songs to different visual artists and seeing what they come up with. So far it’s been really great. We have only had positive reactions to all the artwork that’s been created for us.

Do you let artists go off of what the music sounds like or do you come in with suggestions?

P: It depends. It’s a case-by-case basis, usually. For this record the actual album art was done by our friend Claire — Clare Byrne — who has done almost all of our album art, so that’s probably why it feels a little familiar. We had a reference point that we started from a photograph a while back and then we sort of gave that to Clare and let her listen to the album, and she came up with something that’s really great and it really fits.

Recently you’ve been hopping from city-to-city doing shows. What’s the reception been between locations?

P: It depends on where we go.

S: Yeah, I mean actually it’s hard to predict. We went to Fayetteville, Arkansas and had a great show at a DIY space. We went to Austin and had some pretty good shows at South by Southwest. I mean, in major American cities we do pretty well and then it’s always such a treat when we go to, like, a small city that we don’t necessarily know anybody in, and people come to our shows and are excited to see us. That’s always surprising, but it shouldn’t really be because with the internet you can totally discover new music and track a band you like and go to their show. But I’m always just really amazed when people come up. I guess Fayetteville is probably, like, the best example of that. It was like a Monday night at a small DIY venue and like the most appreciative, fun crowd came out, which was great.

What music have you guys been listening to recently? What do you usually listen to throughout the day?

P: Yeah, I listen to Fleetwood Mac a lot too.

S: And there’s a new Cate Le Bon single out, which is great.

P: The record label Drag City just finally put out new music on streaming services so I’ve been listening to the Silver Jews record “American Water.” I really liked it.

S: Ooh, and Frankie Cosmos has a new record.

What are you guys currently up to? Do you work on new music in between shows?

S: Yeah, it’s a slow process but we are working on two new songs and we are just gearing up for a release show tomorrow. We have a show tomorrow in Madison Wisconsin and then we have a release show in Chicago on 4/20 and yeah, we’re gonna hit the east coast and Canada in May. We’re kind of just gearing up for that but we’re also writing new songs. We pretty much write like two songs at a time.

Currently, they plan on making two appearances in New York on May 5th at Union Pool and May 7th at the Mercury Lounge. 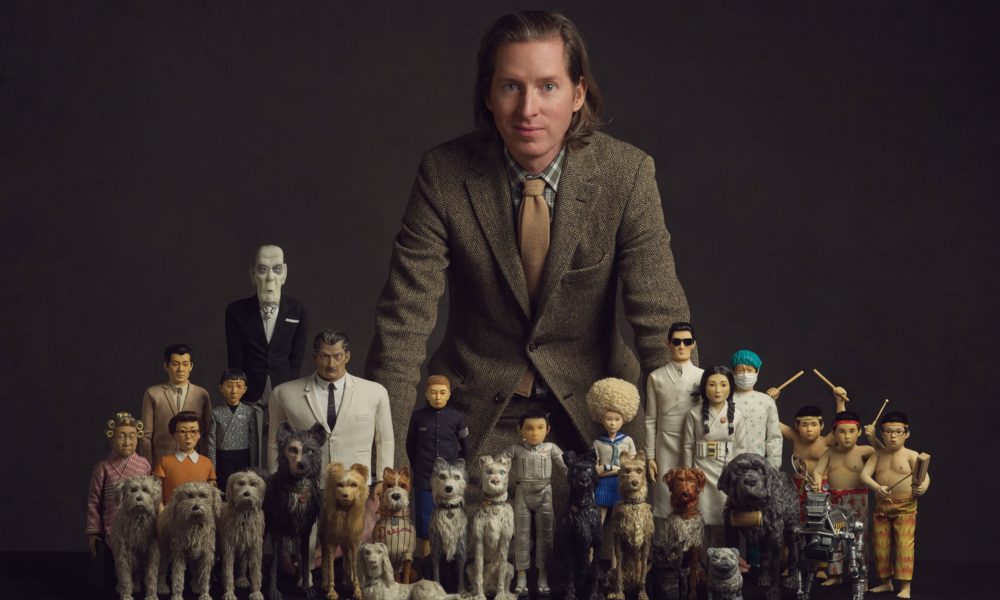 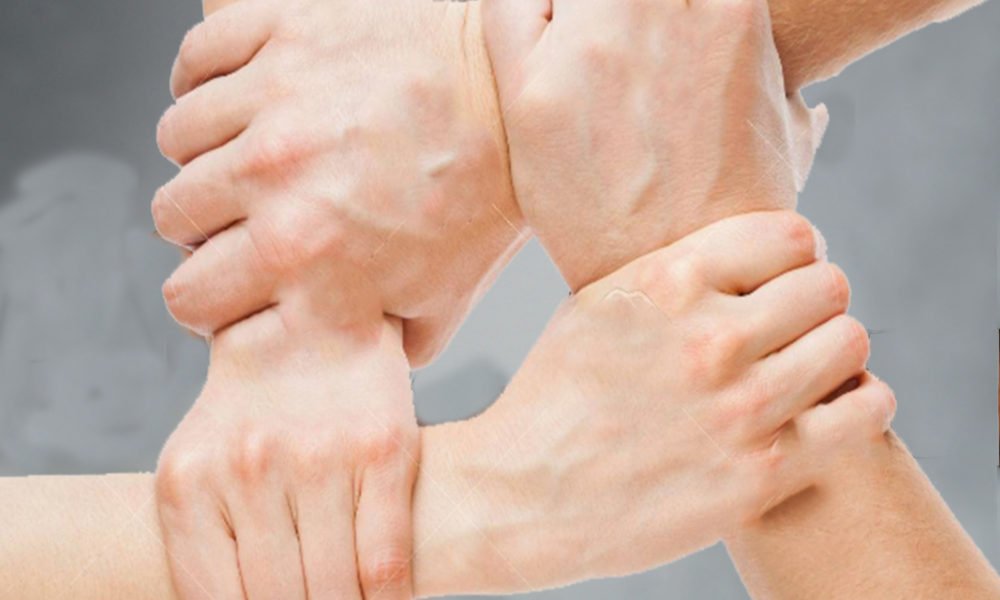