In the span of a year and a half, XXXTentacion has managed to make a name for himself through an endless string of controversies.

At the age of 19, South Florida native Jahseh Onfroy has become the posterboy for a never ending wave of repetitive SoundCloud rappers, all while balancing his overblown image as rap’s villain.

Sadly, his meteoric rise is a sour footnote on the otherwise burgeoning landscape of thought provoking music that emerged after the 2016 election.

While others stay dedicated to striking up a dialogue in a polarized political climate, X utilizes and feeds off of the political tension. XXXTentacion, in all his angst and aggression, stands as an unintended consequence in an otherwise gripping musical arena.

While many stand firm in their devotion towards him and his music, others have had enough of the hysteria.

“Well you know one of our writers, Dylan Green, wrote an article in March that was not specifically geared towards X but it mentioned him and Kodak Black in the title and just because of the general acceptance of sexual abuse, abusive behavior and misogyny in hip hop,” Brian Zisook, editor-in-chief of online music publication DJBooth, said.

Back in August, Zisook released an editorial responding to some readers who questioned why the site wasn’t covering the release of X’s debut album 17. Like many others, Zisook and his staff were disturbed by the grim details revealed in the court documents concerning Onfrey’s pending domestic assault case obtained by Pitchfork in September.

After parsing through their shock, the entire staff decided to end coverage of him entirely. However, Onfroy’s lengthy legal troubles weren’t news to anyone. During his brief stint in jail between October last year and his release in March this year, his musical career gained traction thanks in part to the controversy attached to his name.

The allegations made by Onfroy’s ex girlfriend in the deposition were frightening to say the least. In her testimony, she paints a picture of a relationship fraught with physical and emotional abuse; acts such as attempted sexual assault involving a “barbecue pitchfork” read like a horror movie in the making.

Really though, nobody should be surprised. X has built his entire career on an unstable persona ready to explode at any moment.

In his world, reality is much more strange than fiction.

In an interview on the No Jumper podcast back in April 2016, X describes beating up a homosexual cellmate he had while in juvenile detention for supposedly making advances towards him.

Back in June, X was caught on video punching a fan in the face after his shoulder was touched at a show in Utah on his Revenge Tour.

Despite all of this, he never manages to stop getting press, both good and bad.

His seemingly inexplicable rise to fame has once again ignited the age-old debate of separating the art from the artist.

With such a volatile personality that shows no signs of going away, shouldn’t outlets everywhere cease to cover him?

“Yeah I mean look, it’s obviously on a publication by publication basis,” Zisook explained. “It’s very difficult for any website to generate a substantial amount of revenue off of editorial. Most of the advertising money is in the video.”

In a madcap rush to capitalize on the hype, outlets have unfortunately found themselves under his thumb, whether they like it or not.

Unfortunately, through the power of social media X, and artists like him, have carved out a niche for themselves regardless of past wrongdoings.

“He managed to cultivate an audience through Soundcloud and like before the blogs even knew who he was, “Look At Me” already had millions of plays,” Green commented.

In a time when even the president can deflect critical coverage of his actions by changing the conversation on social media, it’s no wonder how X’s problem has eluded criticism for so long.

In June, X was chosen as one of the artists to join the 2017 XXL Freshman Class, later being dubbed as the “Most controversial freshman ever” by the magazine.

By virtue of name only, he stood out among the disparate group of up and coming artists.

Besides giving a glimpse at the making of the cover and subsequent cyphers, Batten spent time speaking with editor-in-chief Vanessa Satten to better understand the logistics behind the annual issue.

In her article, she detailed how Satten’s job included writing letters to judges and parole officers highlighting the importance of the photo shoot as a part of her advocating for X’s inclusion in this year’s class.

A public poll was sent out before the release for fans to decide the artist they wanted as the tenth freshman. While the results were never made public, X won by an overwhelming majority.

The decision to include X was by no means an easy decision, with Battan believing it was a decision that weighed heavily on Satten.

On the music front, the tide doesn’t seem to be fighting back against him either.

Brief feuds with artists like Drake, Rob Stone and Offset have done nothing but increase his popularity with his fans. Coupled with cosigns from others like A$AP Rocky and Kendrick Lamar, who on Twitter complimented his debut album 17 soon after its release, the spotlight doesn’t look like its dimming any time soon.

At the end of the day, the onus is ultimately on X’s listeners to decide whether he continues his current trajectory.

“This is only like a half true comparison but I’ve talked to a lot people about this and they always compare X to artists like Odd Future,” Green said. “When Odd Future was first doing their thing and how shock jockey and out for controversy they were when they first started,” Green said.

The success of artists like Tyler The Creator and Earl Sweatshirt can be attributed to them dropping the whole edge lord aesthetic later on in their careers, according to Green.

X’s fan base skews young. As they grow and their tastes change, they too might lose interest in his angsty soundscape.

So far X has largely stuck to his guns, remaining relatively consistent musically.

“He’s like a real force right now. But if all he’s gonna do is keep on putting out 17 for the rest of his career then, you know, I don’t know.”

What to Expect In Season 8 Of ‘The Walking Dead’ 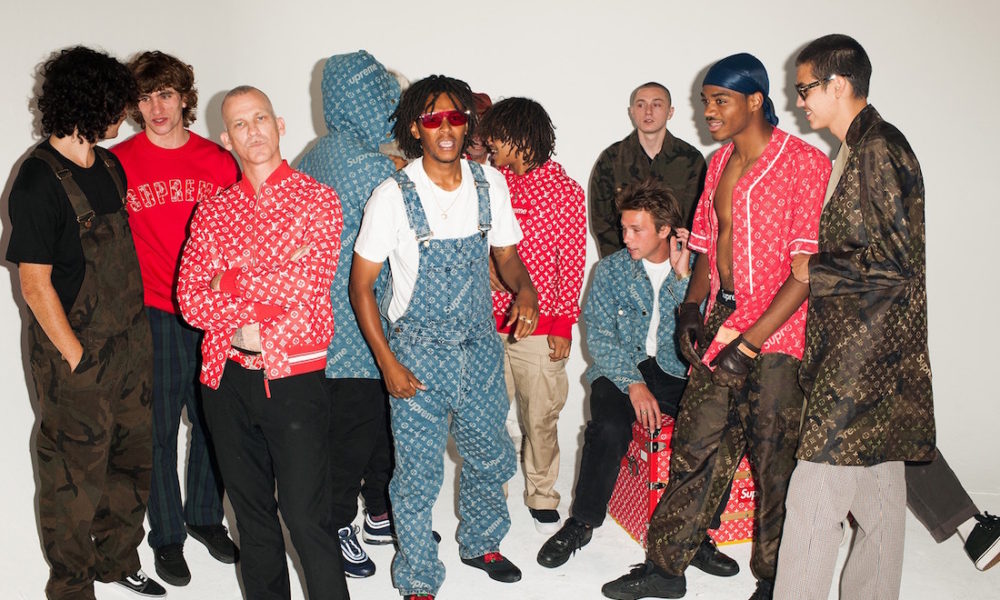 Fashion Forward: How Streetwear Made It To The Runway