Back in May, there was a campus-wide protest and a petition to combat proposed budget cuts. These cuts would have resulted in the dismantling of the theater program and of various cultural studies/comparative literature programs, such as hispanic language and literature. The protest was organized by the Graduate Student Employee’s Union, and ultimately resulted in the occupation of Stony Brook administrative building.

As a result of these actions, the programs were saved, and they seem to still be safe. But there are still people questioning how this budget shortfall is going to be handled.

The audience for the event, totaling roughly sixty or so people, mostly consisting of students (with a few faculty in attendance as well) concerned for the future of the university they paid, and in some cases traveled, to attend. It was an informative, interactive panel discussion that created a stark sense of unity. Each member of the panel offered their explanations regarding what they know about the budget cuts; Governor Cuomo’s failure to sign off on a larger budget, listing off the current programs being cut/tampered with, the merging of departments, and the firing of multiple adjunct professors.

After the panel concluded, a Q&A session with the audience. Statements from panel members stopped periodically in an attempt to allow the individual tables of guests to discuss matters themselves, with an SBYDS member supervising. Speaking for the group I was in, people were concerned, frustrated, and confused. People were worried about the state of their majors, as well as what it would mean for the value of their degrees.

It’s hard for me to fully comment on the nature of these cuts; anything involving finances, and the government, can prove to be a tricky issue. However, from what I learned at the panel, they don’t seem like the best choices for the university or its reputation. Stony Brook University is one of the top 100 schools in the nation. To carve away at the humanities in favor of making the school more STEM oriented will only serve to alienate current humanities majors, as well as incoming students. According to de Laurentiis, the humanities can serve as a healthy balance to many STEM majors, in contrast to their more technical, science-oriented classes. They can serve as a therapeutic, more relaxed educational period, thus relieving stress.

In attending this event, what I found is that one of the biggest criticisms that people have of the current administration is its lack of transparency. The fact that this panel had to exist at all proves that Stony Brook’s higher up’s need to do a better job in communicating.e Many people on both the student’s and professor’s side of the aisle are in complete confusion about this. “One of the main problems surrounding the cuts is that it’s largely come down to rumors,” Đurić, stated. “As some of the administration have defined it, it’s just a game of telephone, which we perceive to be a problem on their part.”

The fact that it is a “game of telephone” speaks something. The fact that there even needed to be a panel discussion about this is somewhat alarming. One would think, considering people are on the road to losing their employment, that the school would go out of their way to provide some sort of explanation as to what is going to happen to them. “New York and this university has never had a history of transparency,” Walter said in the panel. “I’ve been here for 29 years. The state of New York and the administration of Stony Brook University are no clearer to me now than they were 29 years ago.”

With the amount of staff layoffs that would ensue provided the cuts go into full effect, full time staff may have to pick up teaching extra courses outside of their expertise. People applying to Stony Brook looking to major in a certain humanities program should get clear set of answers as to whether or not the format of said programs fit their needs.

As I said earlier, issues involving funding, especially when the government is involved, are often complicated. However, it’s worth noting that I am not an expert in either, quite frankly. But what I have seen, and what I can conclude, is that the school is not doing a good job telling the students what’s what. And that’s scary. There are members of faculty who have been here for years, as well as some who’ve only been here for a short amount of time. But either way, they rely on this school to make ends meet. Established students paying to receive a B.A., M.F.A, P.h.D., in comparative literature, cultural studies, etc, would probably like to be notified if their courses and majors will be tampered with, and if so, how severely. Incoming students looking to attend a school that offers a balance of STEM courses and humanities courses want to make sure that they’re getting their money’s worth, and getting something that will benefit them in achieving their career and life goals. Stony Brook owes it to these people to make sure that they have all the information they need to make the correct judgements. The school cannot truly be a university for the people unless it looks out for the very people who allow it to function. 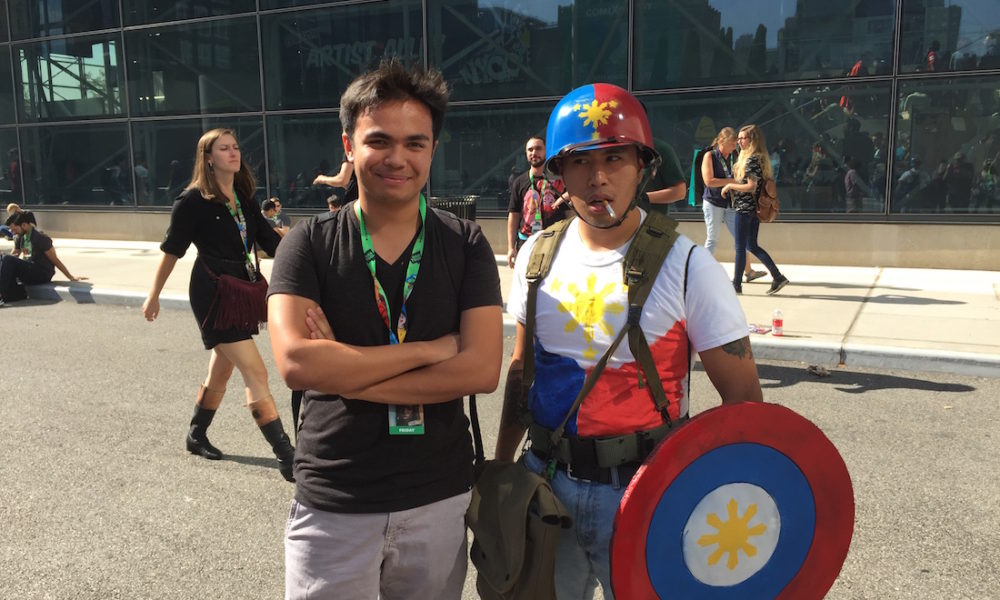 What to Expect In Season 8 Of ‘The Walking Dead’