Stony Brook University students received the announcement via email by new Executive Director of the FSA, Nadeem Siddiqui, on Jan. 9.

“Unfortunately, our partner (Sodexo) continued to fall short of expectations as demonstrated by quality assurance reports and customer satisfaction data,” the email said.

There are a few posts about liking and even commending campus vendors for producing quality food, but the majority of posts are complaints.

“The two main issues we had [with Lackman] were size and portion,” Cole Lee, President of the Undergraduate Student Government, said. “Those issues changed to things other than portion and pricing.”

According to the SBU Dining Feedback page, the biggest issue students seem to have is with food quality.

“Not many people like the food,” John Mele, Student Government Vice President of Academic Affairs, said. “And if they do there’s always mixed reviews on it.”

Four companies were considered in the last bidding process: Bon Appetit, Sodexo, Aramark and Compass (the company that bought Lackman). Mele said these companies are almost guaranteed to reapply.

“We were looking at it and Sodexo seemed to be the worst of the three [in the last bidding process],” Mele said. “Aramark had the best looking food.”

During these processes companies have to present plans outlining every detail of their business plan, from employee uniforms to the prices of every food item. These plans are hundreds of pages long and not every company hands them in on time. Sodexo happened to be one of the companies that handed in a plan in a timely fashion. Aramark was not. Sodexo was also supposed to create less of a financial burden for the FSA.

“FSA didn’t want to be financially responsible for the other companies,” Mele said. “Other companies weren’t going to make any money in the first year or two.”

Another huge complaint students have about the new dining system is the ineffectiveness and inconvenience of the swipe-in system. This system, though it was implemented along with Sodexo, was not exactly Sodexo’s idea.

“The all you care to eat system was pushed by FSA,” Vlad Moraru, Vice Chair for Roth in Student Voice on Campus Dining, said. “Big companies prefer it because 90 percent of colleges use it.”

West Side Dining, with its conveyor belt in the back of the building, was built for the purpose of catering to a dine-in system. Other facilities such as Roth or the SAC cannot handle a dine-in situation as well.

“In theory the dine-in system was supposed to be great,” Lee said. “But in reality it was really messy.”

Lee also added that an uncoordinated transition is hard to fix. “Sodexo was not fully prepared for the transition or the backlash that followed,” he said.

It’s not yet clear whether the university will be keeping the dine-in system but at this point it looks as if the FSA is open to anything.

“The companies should try to get creative with it.” Mele said. “Swipes aren’t ideal, retail isn’t ideal.”

At this point a few ideas have been brought up for consideration by the FSA. One of which is a meal equivalency program where students would be able to use meal swipes at retail locations for a meal combo that is valued at the same price as one meal swipe.

Another possibility is to bring in multiple vendors on the campus. The reasoning behind that idea is that Stony Brook’s campus is huge: possibly too big to be effectively served by  just one vendor. Such a system would also add an element of capitalistic competition to campus dining.

According to the FSA email, “We expect the contract to be awarded in May, with the transition period starting on June 1.” 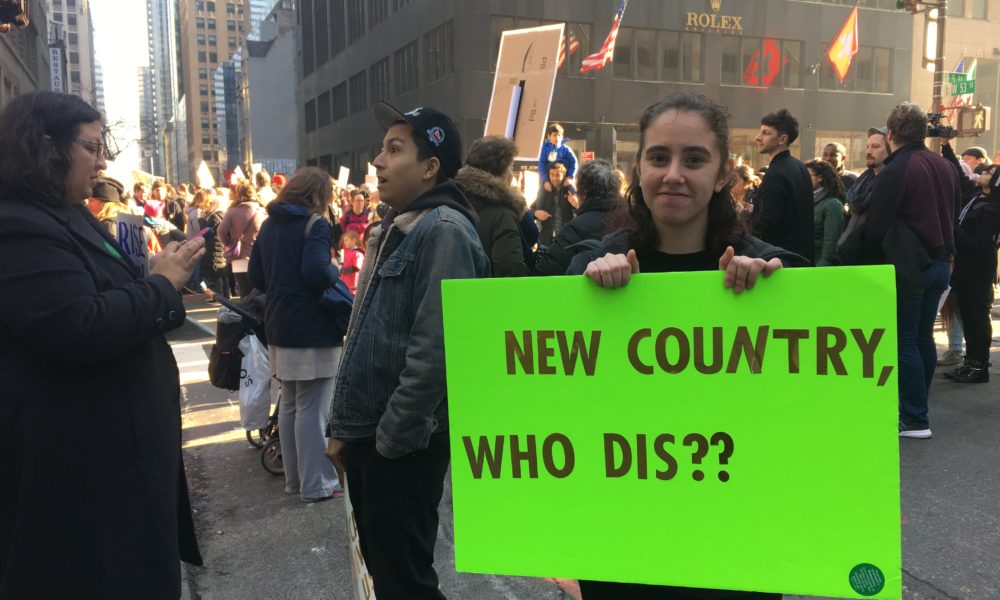 March For The Future