Ever since I was a child, I could see the damned at the bottom of the ocean. If you ever preyed upon your fellow human being, if you betrayed the one person whom you promised your loyalty to, if the pain of the innocent was the only thing that brought you joy, then you were condemned and thrown into the ocean, where the weight of all your sins would drag you to the very bottom of the black ocean floor. Without light, the condemned lost what little humanity they had, and the sinners became beasts who fed on each other.

And I could see it all. No matter how deep the ocean floor was, my eyes could pierce through the darkness of the cold, blue waters and bear witness to the actions of these monsters of the deep, these Wicked Ones. Before he died, the old shaman told me that I was given these eyes for a reason, and so I became a storyteller whose only tale was a cautionary one. Every day I would stand in the middle of the island and warn everyone of the fate that would befall them if they were to sin. But because no one could see the things that I could, my words fell on deaf ears. And so everyone lived their lives believing that the sinners who were thrown into the ocean would merely drown, ignorant of the true hell taking place just a mile off shore.

Simon was the most likely to be thrown into the ocean, for his rebellious attitude and disrespectful nature earned him a reputation as a sinner despite never actually committing one of the three sins. He had fallen into the ocean the previous year going after an enormous fish that could have fed his family for a week, and while everyone believed that that would be the ending to the story of the rebellious young man—yet another cautionary tale to tell—Simon’s body did not sink. There were no sins to drag him down; the young man was innocent.

But his innocence garnered him the hatred of all those who did not wish to admit that they were wrong about him. In their eyes, Simon had cheated God’s test. And in my eyes, he would soon be forced to fail God’s test. So I warned him. I begged him to listen, to leave the island and sail off somewhere, a place where they did not throw their sinners into the ocean. But he wouldn’t listen.

“If they want me to die at the bottom of that God-forsaken sea, then let them try,” he said. “I have done nothing wrong. I have committed no sin. No matter how many times they throw me, I will never sink.”

It was true. Simon had the weight of no sin to drag him down, but they found another way to sink him. While he slept, they went into his home and tied two rocks around his ankles. Although he lacked the weight of sin, those two grey stones would be enough to pull him down into the home of the damned. Once I discovered what they had done, I used Simon’s ship to go into the ocean and try to find him. And what I soon found was Simon at the bottom of ocean, trying his best to remove the anchors and escape the depth, but he was not quick enough. The Wicked Ones had already reached him, and all at once, they smothered and strangled him until I could see nothing but a pile of beasts on the ocean floor.

Despite their cruelness, neighbors were able to look each other in the eye and go on with business as usually. I believe that the shroud of night hid their faces from each other, that way no one could know who was responsible for the innocent man’s condemnation. During Simon’s funeral, the guilty were able to stand before his parents—whose grief had aged them and greyed their hair—and offer them not an admission of their guilt but condolences for having a child who sinned and needed to be thrown into the ocean.

Simon’s parents, Vivian and Kamez, asked me to see if their child was truly lost in the depths, and I told them that the Wicked Ones had already gotten to him. I could not lie, nor could I tell them the sins of their neighbors. The revelation that their friends, their neighbors, killed their innocent son would bring down the wrath of Vivian and Kamez onto the guilty. If they were able to throw at least one person into the ocean, then that person would sink and invite the revenge of a loved one onto Vivian and Kamez, whose other children would then go on to avenge their parents. A never ending cycle of hatred and vengeance would consume our home and destroy the island that throws its sinners into the ocean. So like everyone else, I remained silent, promising myself that I would take the truth to my grave. But the town’s darkness returned a year later.

One night, someone shook me awake. I opened my eyes to find that it was Simon. In the entire history of our town, no one had ever returned from the ocean floor. In losing their humanity, the Wicked Ones were unable to find their way to the shores and back on land. They were trapped, wandering forever in the darkness of the ocean floor. But here he was, Simon, standing in front of me. His body was bruised and pruned, purple and wrinkled like an old raisin. With its scars and mangled tissue, Simon’s body told the story of the Wicked Ones who had gotten to him—how they beat and clawed his body, attempting to gouge out his eyes and tongue. They ripped apart his hair, hair I once envied, and every last eyelash was plucked from his now blood-red eyes. To me, he seemed half-fallen, trapped between a state of man and Wicked One, but he was still Simon. My eyes still saw Simon.

“I need your help,” he replied, ignoring my question. “Tell me where my boat is. I need my fishing line.”

“Not until you tell me what you plan to do with it.”

“What are you thinking,” he asked. “Are you worried? When I was down there, I wanted to find all those who threw me into the sea, tie them up all together, and throw them into the sea. That was the one thought that kept me alive for the past year. I survived the Wicked One’s torture. Every day they brought me to death’s door, but they never wanted to kill me because it would mean the end of their fun. Do you know what it feels like to be killed a hundred times but never die?”

“So you wish the same pain onto them?”

“Not anymore,” he answered. “I realize now that I should have heeded your warning and left this island. That’s what I plan on doing. But first I need your help. I need you to help me free a Wicked One.”

“Why would you ask such a thing from me? No one knows their cruelty better than you. I saw how they ambushed you. I see how they feed on themselves. The Wicked Ones are capable of nothing but cruelty. Why would you want to free one?”

“Because one of them freed me,” he answered. “One of them pushed the others away and broke the stones that anchored me to the bottom of the sea. She saved me. Is that what a Wicked One would do? To sacrifice oneself is to be human. That is why I choose to sacrifice my vengeance for her freedom. Your eyes let you see them, so you must know that such an action warrants a chance for redemption. Although she still is a sinner, she is no longer wicked. So will you help me?”

I could not say no to this man. If a Wicked One had in fact saved Simon’s life, then a chance at redemption was the least I could offer. These eyes let me see into the depths, and after years of witnessing nothing but the worst in humankind, a single act of selflessness had been committed in the place where no light could ever reach. Perhaps this is why God gave me these eyes, to find someone worth saving.

So Simon and I went off on his boat and began to peel his fishing line in half, doubling its reach into the ocean. We peeled each line again and tied the four pieces together, certain that although it was now fragile, the string could touch the ocean floor.

With my eyes, we found the Wicked One that had saved Simon, and we cast the line and watched as it sank lower and lower until it reached her. She looked up and grabbed the line with both hands. And her accent was the most beautiful thing I had ever seen. Although her skin was pitch black and her eyes a pale blue, she began to resemble a human being the closer she came to the surface. Her skin became smooth and its natural almond color, her hair no longer resembled the algae of the sea as it regained its dark luster and silk-like texture, her eyes came to life with the color of honey-like amber, and her lips softened and became as bright as rubies. As she climbed, I could see her sins washing away, being left behind on the ocean floor. She was human.

Then I saw that below her, where the line towards salvation began, other Wicked Ones began to climb. But unlike her, as the Wicked Ones ascended, they remained the same. They were carrying their sins with them, and their weight began to put greater strain on the line. Simon’s savior began to panic as terror and damnation began to take their grip on her.

She climbed faster and faster, but the Wicked Ones were much too quick and caught up with her. Simon yelled at her to ignore them, to continue climbing, for she was the only one of them absolved from sin. The Wicked Ones would either be trapped on our boat or sink trying to reach the shore, but something took hold of her—fear.

She began to kick those beneath her, sending them back into the darkness. She kicked wildly, angered by these sinners who threatened to steal her redemption. As Simon witnessed her rage, I could see that his faith in her was broken. She was no longer the wicked angel who had saved him from perdition. Every kick she gave, every sinner that fell back into the ocean, slowly erased Simon’s belief in her salvation. And so her wild kicks were too much for the thin line to handle, and it snapped. Simon’s savior shrieked in horror as she plummeted back into the void along with all those still attached to the line. And as they fell, the shadows began to swallow them, and they slowly disappeared into the darkness of the ocean floor, a darkness so deep that I could no longer see them.

I said farewell to Simon, who sailed off in silence. And I watched him disappear into the horizon, to a place my eyes could no longer reach. I realize now that my eyes were not meant to be used to judge the wicked, but simply to bear witness. Although I can no longer peer into the darkness of the ocean floor, I can still hear something. From time to time, on especially cold nights, I can hear the voice of Simon’s savior, praying for a second line to make its way into the ocean floor. I remember how she looked, how she kicked, how she screamed, and now, how she prays. She is human. 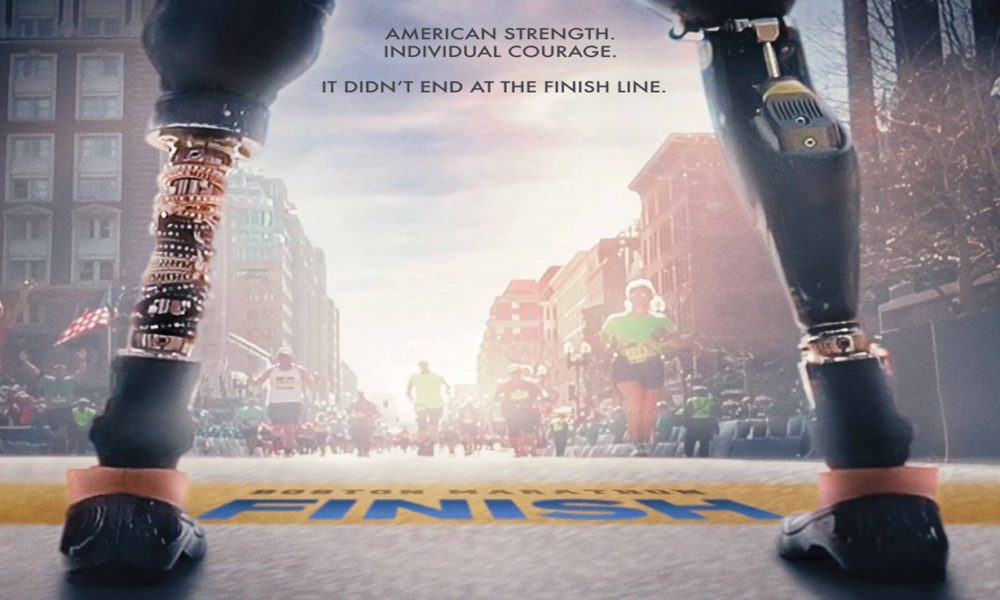 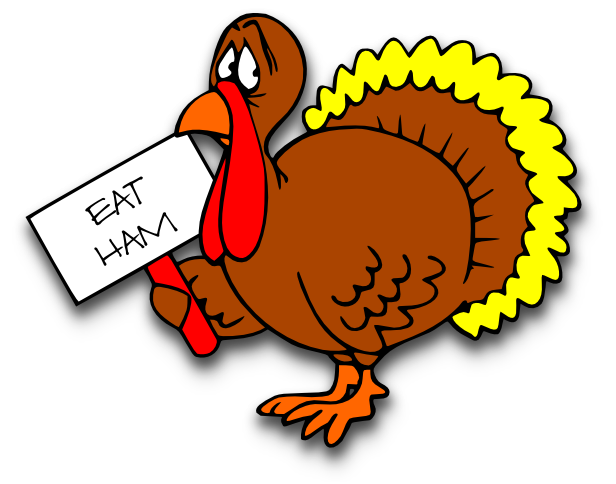