Alright, cool. So you made it to Stony Brook. You’re straight chillin’ in the greatest town on Earth and now you’re wondering, “I’m a hobbyist musician and I’m pretty good at what I do. Why can’t I find a gig/audience/fan anywhere in this new place I’m going to college?!”

Well, that’s because Long Island is a different place for music than wherever you’re used to. It’s not necessarily more difficult to get started as a musician here, but it’s definitely about more e-mails and Facebook invitations.

To play shows and record music, first you need to, well, have something out there to work with. Whether it’s a band, you rapping over a beat, you and a guitar, a traditional band, a two-piece band, a nine-piece band, or just you doing some weird synth DJ stuff; you need somewhere to practice and record.

That’s where the Tabler Studios comes in.

The on-campus studios are open on the weekends- Friday to Sunday- with reservations for you to rehearse, practice or record your stuff. Obviously you need to have it written before you can record it, but it’s a great way to get something out there on Bandcamp before you start trying to make a name for yourself.

Step 2) Tell All Your Friends:

Until you’re on a record label with support from a management and publicity company, your fans aren’t going to find you: you have to find your fans.

Start by telling your friends, family, neighbors, that guy next to you in Intro to Psychology that you kinda hate, that you have a new project you’re excited about and you have music recorded, a social media presence, and are ready to start playing small-scale local shows. The personal connection is what’s going to get people to listen to your music. Without it all you’re gonna have at your shows are people who read your name on the line-up as “cigarette break.”

Recorded music is good and all, but it’s not going to create the connections that you need to push your music as far as you want it to go. That’s where putting your project on a show goes.

You absolutely need to make friends to get anywhere just on Long Island. Your on-stage personality is going to impact how people like you just as much as your actual music can.

“How do I get on a show?” “Where do they even have shows?” “Why is this middle-aged man promising me fame and fortune if I play first at 3pm on this all-day barbecue show headlined by an unrecognized band from the 1980s, if I sell JUST 30 tickets at $10 each??” I’ve been there. It’s difficult and you need to know who isn’t going to try and exploit you and your friends so they can make money off what’s supposed to be a DIY show.

Pro-Tip: Selling tickets sucks. It’s lazy promoting from the booking company and requires you to need a certain amount of people to come out and spend their money just so the company can make money back without needing to make a show that draws a crowd organically. Some places even ask you to pay for what you don’t sell before you can play. Try to stay away from it if you can.

So here’s some booking companies you can hit-up:

Will I have to sell tickets: Absolutely

Will I have to sell tickets: Never

Will I have to sell tickets: No

Genres: Anything and everything

Will I have to sell tickets: Possibly, but they’re much more lenient

Okay, so now you have a show and you’re feeling all high and mighty because you’re on your way to becoming the world’s next Beatles, or whatever artist is bigger than Jesus these days. But your work has really just begun.

Since you’re just starting out, getting people to come to your shows is just as much your job as it is the promoter’s. And no, inviting your Facebook friends list to the event page and calling it a day isn’t good enough.

Use all of your social media. If you’ve got it, spam that you’re playing a show and you want to see the people you like watch you do the stuff that you like to do. Individually message people, make a personal connection because you want people you care about to watch you perform instead of just thinking of them as another audience member.

So there’s the four step program to the most minor level of success that you can possibly get being a musician and a Stony Brook student. And after that, just play the show and be nice to everybody. Make friends. Spread a helpful message and be sure to go to other shows booked by the same companies to show support for Long Island’s vibrant music scene. 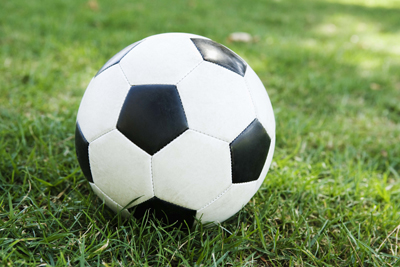 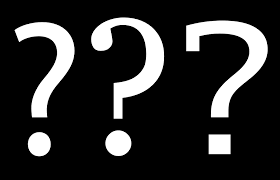