With the coming of fall, back to school and Halloween on our heels, it’s easy to overlook Latino Heritage Month, which starts in the middle of September and ends in the middle of October. How could one possibly celebrate when more important things are at stake like pumpkin spice lattes and apple picking?If you’re thinking, “Well I went to a Taco Tequila Tuesday last week–does that count?” No it does not, but we appreciate the effort.

Truthfully, there’s no need to crack open a fresh Google search to find Latino influence around us, it is more prevalent today than ever before. From food to music to style, Latino and Caribbean influence is dominating mainstream pop culture.

Given that Latinos make up roughly 17 percent of the U.S. population, according to Pew Research, it makes sense that their cultural influence would bleed far into the mainstream. But Latino Heritage Month is about more than just enjoying the amenities of a culture, it’s also about understanding them or at the very least acknowledging their presence.

A quick look at NYC street style shows the Latino influence in fashion. For example, the chonga style is beginning to make a comeback into mainstream fashion. The look is characterized by dark makeup, lined, but not always filled, lips and a bandana.

While it’s a cute and edgy look (and a great excuse to finally rock that bandana you have), it’s important to understand the context around the style. Chongas and chonga style were double edged swords from their inception.

On one hand, the style empowered the largely working class Latinas who embraced it. On the other hand, the term and connotation associated with chonga was often negative, reflecting the hypersexuaization of Latinas and aggresive behavior.

This would not be the first time that Latina influence and features were demeaned in their inception and later embraced in the mainstream. A popular beauty practice today is facial contouring and bronzing and lip lining and plumping. Many women today are striving to create features typically associated with Latinas and black women.

It is wonderful that these beautiful features are getting the recognition they deserve, but it is equally as important to remember the strife that was dealt with before these features were made popular. No more than 15 years ago beauty standards were completely different and Latina women were left out of the mainstream. In fact, years ago, ‘typical’ curvy Latina bodies were demeaned and oversexualized, perpetuating stereotypes about Latina women being ‘loose’ or ‘sluts’. Today those stereotypes have not completely vanished, but instead the mainstream has picked up a desire for ‘Latina curves’ and romanticized them, celebrities paying plastic surgeons hundreds of thousands of dollars to recreate this body. This isn’t meant to be a history lesson or a way of guilt tripping you out of overlining your lips, but rather a caution sign. Embrace and enjoy your lip liners and bandanas, but bear in mind the history behind it and the fact that they hold roots in Latino culture.

Let’s say fashion isn’t really your thing, you’re more of an auditory person. Mainstream music is just another example of Latino and Caribbean influence saturating pop culture. Anyone who’s listened to Drake or Rihanna’s latest albums (who hasn’t, they’re on the radio 24/7) has been hit by this influence. At the base of the majority of the songs is an afro-caribbean beat which is popular in Latino and Caribbean music.

While much of the influences in Drake and Rihanna’s music come from dance hall and Caribbean music, they also take from typical Latino genres like salsa. Something as simple as a clave, the fundamental rhythm that makes up salsa music, can be found at the baseline of most mainstream songs today. With the rising Latino influence in mainstream music also comes the resurgence of uniquely Latino genres like reggaeton.

Artists like J Balvin are thriving on the mainstream’s ‘Latino craze’ and pulling reggaeton out of the 2000’s and back into today. If you’re having trouble spotting the Latino influence in the music industry, just open up Spotify’s home page and see any of the Latino themed playlists.

In terms of Latinos in mainstream TV, there is not a whole lot of representation, but TV shows like ‘Modern Family’ are cashing in on the Latino trend. While it’s great to have this increased representation, it needs to be done in the right way. The way that ‘Modern Family’ portrays Latina women through Sofia Vergara’s character is not the way that all Latina women are. Her character perpetuates a stereotype of the loud, hypersexualized, hot-headed Latina. That is not to say that there are no Latina women who share those characteristics, but certainly not all Latinas share them, either. While her character is funny and comical, it is important for the audience to realize that she is a stereotype and that reality holds so many different variations of Latinos.

While we don’t need a month to recognize and see the Latino influences around us, Latino Heritage Month can be an outlet through which we explore the culture we see everyday. Don’t be afraid to delve out of the mainstream and find something worth exploring. Swap out your typical song Suavemente at your next Taco Tequila Tuesday for some Joe Arroyo. 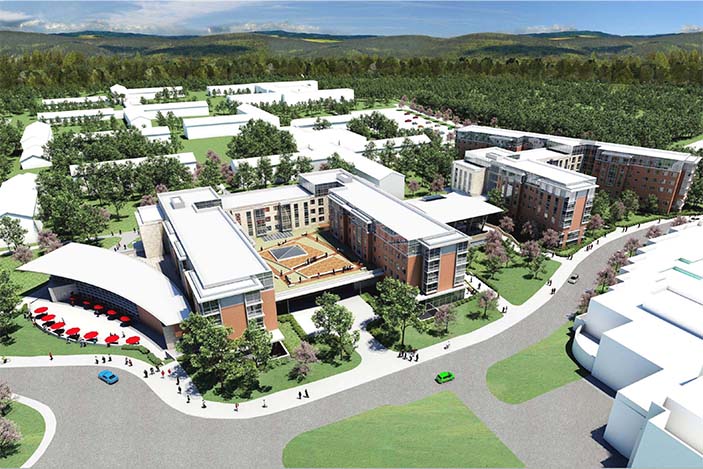