In April of 1925, Thomas Stearns Eliot left his job at a London bank to join Faber and Faber, the publishing house where he would work for the remainder of his career. Three years earlier, the literary expatriate had published what is commonly regarded as the central poem of the 20th century: The Wasteland.

“April is the cruelest month…” begins Eliot’s 1922 poem. In the stanza that follows, Eliot lays out a startling inversion of poetic tradition. The inaugural month of spring is not the time of life and renewal that his predecessors has imagined; a far cry from Chaucer’s “Aprille with his shoures soote”, Eliot’s cruel month brings not a resurrection of life but an exhumation of the dead, with “lilacs breeding out of the dead land.” The remaining stanzas are a cryptic pastiche of allusions to classic authors; vague declamations of calamity; and ghostly, disembodied mutterings from the streets and pubs of London, all of which struggle to give expression to some profound and ineluctable catastrophe.

Nearly a century after The Wasteland was published, in 1998, April was named National Poetry Month by the National Academy of Poets.

Frankly, I’m skeptical about what this signifies to the 21st century person. It seems that hardly anything could elicit more indifference, in our time of high-­speed, readily available digital entertainment, than poetry.

If Eliot were still around, he’d probably agree with the latter assessment. The Wasteland is about many things, but the decline of Western culture is one of its central preoccupations. A life­long conservative in ethics if not poetics, Eliot feared that the forces of modernity would all but destroy the ancient, hallowed traditions of Europe. When he saw our materialist, comfort­-craving, atomistic society taking shape in 1922, he must have shuddered with dread. “Winter kept us warm, covering earth in forgetful snow,“ he laments, not without a tinge of bashful pleasure. We moderns, he seems to say, yearn for sedate evenings spent complacently by the fireside,­ living, as Thom Yorke wrote, with “no alarms, and no surprises.” Mechanical routine, “the hot water at ten/and if it rains, a closed car at four,” all but empties modern life of doubt, fear, anticipation and excitement.

Eliot’s poem expresses, in all of its incantatory opaqueness, a terminal anxiety that the rise of this lifestyle spells the end of great art. Midway through the second section, “A Game of Chess”, the chiming, gleeful lyrics of a ragtime song rupture the already disjointed narrative: “O O O O that Shakespeherian Rag/It’s so elegant/So intelligent”. If he were writing in 2016, Eliot could have opted for a song by Future to create a more bathetic, and infinitely less intelligible, effect. By inserting artless, “lowbrow” lyrics about Shakespeare into the middle of a poem filled with references to Dante, Spenser, and the Bible, Eliot signals that there is something disconcerting about the emergence of mass culture. The lines that follow shortly after— “What shall we do to­morrow? What shall we ever do?”—reflect the implacable and distinctly modern preoccupation with fending off boredom. Modern life, these lines seems to say, is an endless oscillation between boredom and moments of cheap gratification; this kind of life must, through endless repetition, blunt the appetite for fine art.

This prophecy has proven true. The fact that the market for poetry is practically non­existent can be proven by the fact that John Ashbery has a day job. It’s not hard to imagine why “poet” is no longer a vocation. Great artists of the past could rely on the patronage of Medicis and Queen Elizabeths to secure the necessary leisure to create; in today’s world, where the invisible hand of the market rules everything, even the most talented artists are pressured with tailoring their creations to the demands of consumers.

No greater contrast can be imagined than the status given to the poets of Ancient Greece. Back in the time of Sophocles and Aeschylus, poetry occupied a higher place in private and civic life. Homer wasn’t just a name that dilettantes ­dropped to sound cultured; he belonged to an entire society’s collective consciousness. He was important enough that Plato argued, in his dialogue Republic, that the guardians of Socrates’s utopian city should censor the poet’s works to benefit the moral education of the people.

The rise of digital technology and the Internet have aggravated the impact of commercialism on poetry more than ever. Eliot may have had an idea where modern society was heading, but he couldn’t have imagined the enormous glut of bits and bytes that the 21st century consumer trudges through on an everyday basis. Amidst the constant distractions of the Internet and social media, how is anyone supposed to find the time or patience to read, let alone write, a good poem? How are we even supposed to find the good stuff amidst all of this sound and fury, signifying that the cishet capitalist white male patriarchy made me feel bad for eating a McDouble?

But poetry is still being written, albeit for a diminishing, and even cultish, public. A major obstacle facing today’s poets is communicating in an increasingly egoistic society. If the last century is any indication, Western society will continue to grow more individualistic over time. As this egoism reaches an apex in the Internet Age, poets are challenged more than ever with making their ideas and feelings understood in a disconnected and unreceptive world. The idea that improvements in technology have only made people more isolated has become platitudinous by now, but there is truth in this notion.

As Western society has grown more individualistic, poetry has changed, too; over the past century and a half since Whitman, the conventions have been loosened, the bar has been lowered, and poetry, now more than ever, has become a democratic enterprise.

This is a good thing. Anyone who wants to create art should be encouraged. There is no more human endeavor. When more people create art, the possibility of something great being produced increases.

The problem is not so much democracy, but solipsism. The exalted individualism that underlies modern thinking lends itself to poetic narcissism. Eliot anticipated this in “The Love Song of J. Alfred Prufrock”. The eponymous narrator of that poem is ridden with anxiety, but finds himself unable to say “just what [he means].”

To speak broadly, a lot of contemporary poetry suffers from this kind of Prufrockian perspective. It rarely shows a connection to a public world, to say nothing of an awareness of poetic tradition. There’s always an ‘I”, but seldom a consciousness of a “we”.

Writers of the “alt­-lit” collective, an Internet-based literary movement centered on Tao Lin and Mira Gonzalez, exemplify this trend particularly well. Gonzalez, with her candid stanzas about depression and bad sex, has been described as the poetic voice of the millennial generation. While she has poetic wit, her works often veer into self-absorbed territory where every stray thought, no matter how banal, is worth recording.

Her poem, “last night i cried for no discernable reason”, opens with her characteristically witty observations before sidewinding into blasé smugness disguised as sincerity:

last night i cried for no discernible reason

in an apartment that doesn’t belong to me

(because people can’t own other people)

also, i want to lose 20 pounds

but i think that is an unrealistic goal

and my diet is terrible

and i am unmotivated

There is no attempt at balance and restraint, let alone figurative language, nor is there any awareness of an emotional space that exists outside of the poet’s immediate consciousness. Poetry is always about feelings, but poetry that doesn’t universalize those feelings is little more than artful navel­gazing. Gonzalez is just one poet, and there are better poets today, but the self-­involved personality that echoes in her work represents the worst of a wider trend in contemporary verse.

Part of what makes The Wasteland an enduring work of art, like other poems of a universal scope, is the way in which it brings the private and the public together. In “Tradition and the Individual Talent”, Eliot expresses the importance of poets being consciously aware of their predecessors. He writes that a tradition is not a heap of past creations that an artist may wantonly ignore, but a living architecture that is modified organically by the introduction of new works. The poet, Eliot writes, realizes his or her contemporaneity only when he or she becomes historically conscious.

This criticism must have gone into the making of his own work. The Wasteland accomplishes much more than confessing some angsty feelings: it captures the spirit of an epoch, an epoch that is still ongoing and probably will never end, barring some revolutionary paradigm shift in the way human beings organize society. It’s unlikely that another poem will ever be written that captures the spirit of modernity so well.

The boldness to even attempt something as universal as The Wasteland is lacking today.

Maybe the necessity of being that bold no longer exists. Maybe everything has been said. Maybe we should retreat into our LCD-­lit caves and Netflix-­binge Orange is the New Black until we go comatose.

Or perhaps the precondition of modern thinking, the sacred “I”, has eroded the “we” in our collective consciousness. Maybe we have been atomized, as French author Michel Houellebecq argues in his controversial novels, to the point where we are left saying, with Prufrock: “That is not what I meant at all/that is not it, at all.” 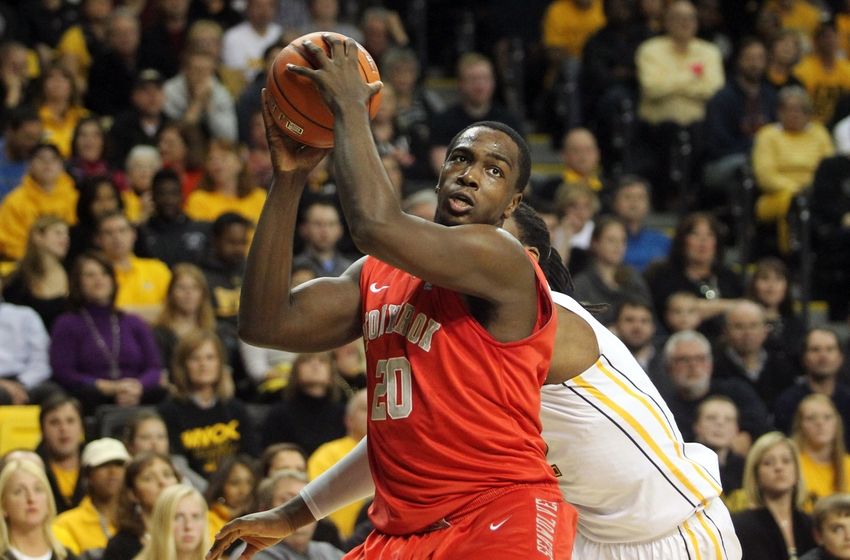 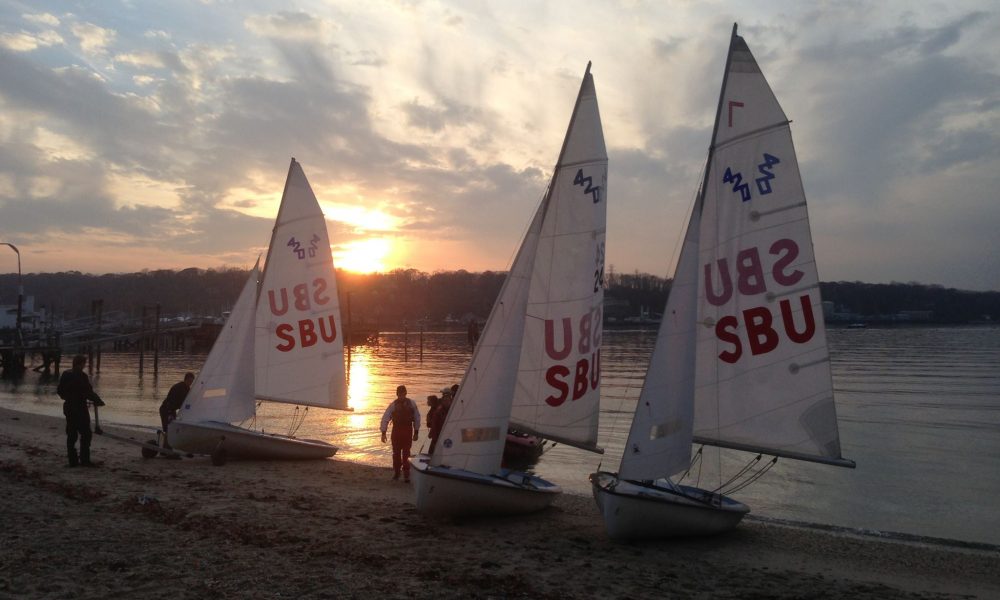