Since 1980, over three thousand candidates have filed with the Federal Election Commission to run for president of the United States. Some potential candidates were career politicians, others were billionaires. But most were the average American.

With such a large field of candidates in 2016, even well-known candidates like Chris Christie and Martin O’Malley weren’t able to compete with the boisterous Donald Trump and well-funded Hillary Clinton. But there are some candidates who have neither the clout nor the capital to get into anything more than the local spotlight. These “lesser-known” candidates lack the support of their respective parties and just can’t get media attention, but they took time from their campaigns to be interviewed and explain their platform, and in some cases, complain. This is a story about the people who, like Don Quixote, will joust at windmills, yet still show a strange determination to win the presidency.

Willie Wilson and his battle with the South Carolina Democratic Party

While the Democratic race has boiled down to two front runners, there still exists several other candidates often listed under the category of “other Democrat.” Willie Wilson,, is such a candidate who has spent a significant portion of his own wealth to run his campaign.

“I’m the only candidate that has put in 99 percent of my own money,” Wilson said, in a thick Louisiana accent. “I don’t have to be [held] accountable to anyone else.”

After finishing third in last year’s Chicago mayoral election, and using his own money, he has registered for the primary ballot in California, Illinois Louisiana, Montana, Ohio, South Carolina and Texas.

“I’ve been a Democrat all my life, my platform is economy entitlement and development, and free education.” Wilson said. “If Cuba and Russia can have it, we should have it in America.”

Starting as a poor janitor in Louisiana, Wilson’s life is a rags-to-riches story after he owned and sold McDonald’s franchises and eventually a multi-million-dollar plastic glove distribution business. Wilson’s platform calls for subsidizing college and closing down private prisons. He plans to release all those in prisons for small, non-violent crimes.

“If you got a teenager who got in a fight, he shouldn’t be in prison the rest of his life,” he said. “And no kid should be imprisoned for some marijuana, especially for his entire life, but I’m only talking misdemeanors.”

Wilson feels as if the Democratic Party isn’t taking his candidacy seriously,  “I’m a citizen of the United States. I’m an African American candidate [who] ran for the city of Chicago eight months ago. I got 11 percent of the vote,” he said. “We’ve been having a hard time getting an equal opportunity during this primary.”

His campaign has faced issues in Iowa where he paid the proper fees but wasn’t allowed to speak. “They would not talk to me during the Iowa procedures. They wouldn’t return any of our calls, but they took my money in Iowa and then shut me out,” Wilson said. “They had police officers keeping me from approaching the microphone.”

The Iowa Democratic Party has not responded to Wilson’s statements.

Wilson also claims he was extorted for money to attend the South Carolina ballot. “I had to pay $20,000 though the listed fee was $2,500.”

“Wilson paid a $2,500 filing fee on November 16th. He also made contributions to the party totaling $17,500, as a sponsor of two events that we held in in 2015 and 2016,” Perkey said. The contributions were used to help build the party and “elect Democrats.”

Perkey was confident that Wilson knew the $17,500 was a voluntary donation separate from the filing fee and said that there should have been no confusion.

Wilson vehemently disagreed with the statement put out by the SCDP.

“…in order to make this happen it would take $20,000 to get on the ballot in South Carolina,” Wilson recalled in a conversation he had with the SCDP, “ I said well, would you give your recommendation if I paid $2,500 vs. the $20,000? They said that other people had paid it. I said okay, fine, what’s that mean? If I didn’t pay it, what would happen? They said that I probably wouldn’t get recommended to get support to go on the ballot.”

In the end, all democratic candidates had to pay the same fee, according to a document supplied by Janet Reynolds, the director of administration and Finance for the South Carolina Elections Commission, states all candidates including Wilson paid a $20,000 filing fee that was collected by the party.

Wilson spoke an event hosted by the SCDP called First in the South Reception and Dinner, but Wilson claims he was barred from speaking at the event listed next on the official SCDP invite called Congressman Clyburn’s Fish Fry.

“Dr. Wilson’s contribution to the Party was not associated with the Fish Fry in any way,” said Perkey. “Congressman Clyburn paid for the Fish Fry himself, and he chose speakers for that event.”

“I was supposed to speak at Fish Fry dinner but I was barred by police while Sec. Clinton and Sen. Sanders spoke,” Wilson said. “I got an apology from Jamie Harrison, the chairman [of the SCPD].”

“From day one, we have treated Dr. Wilson like any other candidate.” Harrison said in an email. “He has been featured in party newspaper ads, was interviewed for my web series Chair Chats, was given a speaking slot and table at the party’s First in the South Dinner. The entirety of his 20k went directly to the SC Elections Commission to cover the state’s requirement to be placed on the ballot.”

Representatives from Clyburn’s organization have yet to respond to comment.

Wilson’s appointed representative from the SCDP Jonathan Metcalf said he was disappointed by the people who took Wilson away from the primary event.  “I was with him when he was denied access to the stage at the Fish Fry. It was disgraceful.”

In the South Carolina democratic primary, Wilson placed in 3rd with .4 percent of the vote, according to Politico.

JON ADAMS- Sure, he’s related to our second president

Jon Adams is a lesser-known Democratic candidate who filed with the FEC and paid $1,000 to get on the New Hampshire primary ballot.

“It’s in my DNA,” Adams said about why he is running for president. “I’m distantly related to former president John Adams.”

“Having a little experience in government, I had no illusions that it was going to turn into a huge campaign like Bernie or Hillary, but there was a chance,” Adams said.

Adams, a Columbia University School of Law graduate, explained that he’s not running on his relative’s laurels, but rather runs as a young, urban progressive who has served as New Mexico’s Assistant Attorney General and is now a philosophy professor.

His platform aims to cure every disease in 10 years, colonizing Mars and fighting for marriage equality.

“I just felt the right thing to do was to run,” Adams said.

Adams feels as if Senator Bernie Sanders has been imitating his campaign.

“Bernie has stole a lot of my issues,” he said. “I was for strict prison reform before he was.”

He diverges with Sanders on his education platform.

“I thought Bernie Sanders was selling snake oil because he wanted to give everybody free college,” Adams said. “With the nation having a high national debt, I didn’t think that would work.”

Adams isn’t planning to run on an independent ticket if he doesn’t get the nomination.

“I’ll support the nominee. I’m not in this to be a slugger in the general election by running as an independent,” he said. “I’ve been a Democrat since I was five years old.”

Adam’s big decision was what to do after the New Hampshire primaries.

“The question is whether I am going to come in third or am I going to place in the middle, obviously if I don’t have a good showing, I’m going to withdraw from the race,” he said.

Although Adams finished 11th with 52 votes in the Democratic New Hampshire primary but he hasn’t dropped out. Currently, he is only listed on the Missouri ballot, “but some other states require that you are a candidate in the national media, and I now meet that requirement…so we will see.”

Daniel Dyas, a 34-year-old Alabamian, father of three, general contractor and Auburn University graduate is running for president as a Republican.

Dyas found inspiration for his campaign while at school. “I spent a month in Thomas Jefferson’s home in Bedford County Virginia, studying Jeffersonian architecture, and that’s really what triggered my interest in public office and public service and our government.”

He is using Facebook to launch his platform. Currently, his page has close to 600 likes, but his last post was from Nov 30, 2015. One of his proposals on his Facebook page is the Five Year New Income Tax Holiday.

“A ‘tax holiday’ to every American on new income earned, above and beyond, their [sic] Baseline Income, as established with their 2016 income tax return filing, thus, every American will have the opportunity to improve their [sic] income for five years with NO TAX PENALTY,” read a post on his Facebook page.

Though he  believes in founding father’s intent in the Constitution and strict constructionism, he said he wants to make a minor change in Article 2, Section 1, Clause 5, so that a person’s date of birth starts at conception.

This change would legally make Dyas 35 years old and eligible to run as president.

“My election to the presidency would result in the overturning of Roe V. Wade and the abolition of abortion,” he said. “Which I believe is a genocide in our age.”

Dyas has never been elected to public office, but he said he chaired local committees and ran for Congress unsuccessfully in 2013 during a special election.

Dyas has little cash on hand for the campaign. “Of course with limited funds and time it makes it tough competing with the more well funded candidates,” he said. Dyas still feels good about his campaign, “I can’t predict the future, I don’t try to…but I think there’s an appetite in our country for real leadership and sincere people.”

Correction: The article originally stated that Wilson was barred at speaking at the First in the South Reception and Dinner. It has been changed to reflect that he spoke at the Dinner, but he was barred from speaking at Clyburn’s Fish Fry, which are separate events. 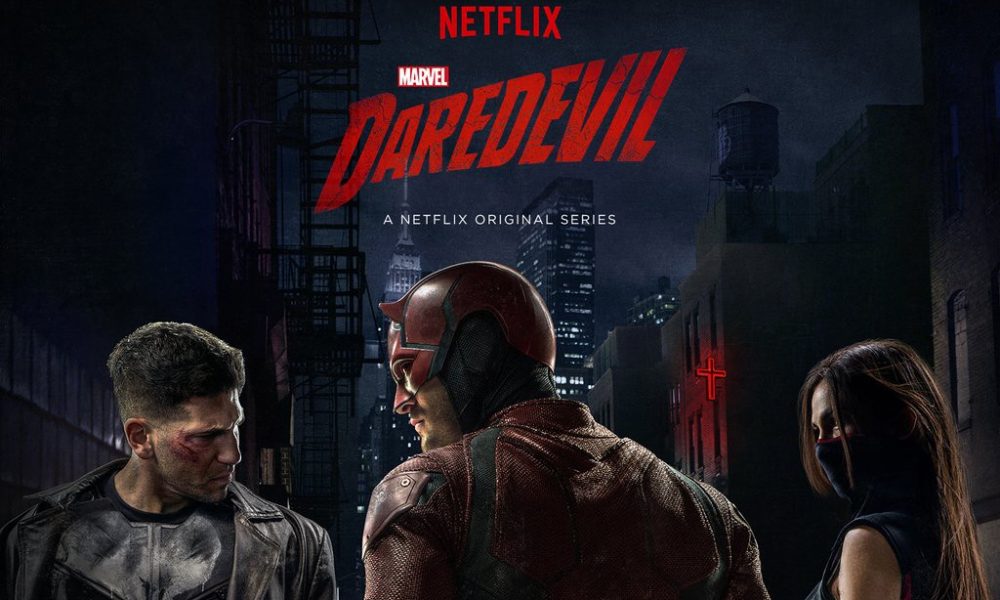 Daredevil Returns, With A Bang And A Whimper

The Lies America Tells Itself