This is the opening statement in Karen Page’s (Deborah Ann Woll) article on vigilantes, but it’s also the overarching theme of season two of Daredevil. What truly defines a hero? Is it the decision to sacrifice one’s humanity to protect a city, the choice to be cold and unforgiving in the pursuit of revenge or the act of defying destiny to find happiness? Conveniently enough, these three issues plague Daredevil’s title character and the two new players in the war between heroes and villains in Hell’s Kitchen. At the end of the new batch of 13 episodes streaming on Netflix, Daredevil closes out with admittedly less of a punch than season one but something that changes Karen’s question to something more specific: what is it to be Matt Murdock AND Daredevil?

Mr. Murdock (Charlie Cox) seems to be balancing himself out well: he uses his legal skills and best buddy Foggy Nelson (Elden Henson) by day to fight for the poor and defenseless of Hell’s Kitchen, then he does the same at night with his fists as Daredevil. With the removal of the Kingpin (Vincent D’Onofrio) last season, the streets of Hell’s Kitchen seem a touch safer. But one night, a whole lot of bang (conveniently the title of the first episode of the season) takes out members of the Irish mafia, and Daredevil discovers that the culprit is ex-Marine Frank Castle (Jon Bernthal), whose reputation has earned him a scary nickname: The Punisher. Daredevil must set out to stop Punisher’s blood war, and the law offices of Nelson and Murdock must figure out why the District Attorney’s office is so interested in taking the Punisher down. Matt also comes face-to-face with old flame Elektra Natchios (Elodie Yung), who needs Matt to help resolve some unfinished business that may be more dangerous than she’s letting on.

As in season one, Daredevil excellently mixes action with story. The new season is essentially two stories that blur together into one narrative: the case of the Punisher and the relationship between Elektra and Matt. The former gets the basics of Castle’s character right while adding a touch of the show’s gift for engrossing narrative. Bernthal (The Walking Dead) nails the role, capturing the cold grit in Castle’s demeanor and his jaded attitude towards justice. Episodes three and four are where Bernthal gets to show Castle’s emotional baggage and messed-up morals. There are hints of Shane Walsh in there, but Bernthal embodies the Punisher the best way for the show. Yung’s Elektra feels like an unstable ex-girlfriend from a Lifetime movie, not that it’s a bad thing. Yung eats up the character, reveling in the sexual tension between Elektra and Daredevil. She represents the worst extreme of Daredevil’s character: someone who not only kills for justice, but revels in it. The core cast also returns in top form, especially with Cox seemingly loosening up his take on Murdock. He stresses the struggle Murdock has with his double life spiraling out of control.

For those salivating from the season one hallway fight scene, rest assured that your appetites will be satisfied. The fight choreography is outstanding and the shot selection is stellar. It comes out best with a five minute fight scene that takes from a hallway to a staircase to a bottom level seemingly in one take. It’s almost infuriating that the action in a Netflix superhero show is better than that of 75% of modern action movies released in theaters. Admittedly, the “gritty realism” of season one gets destroyed with a new villain midway through the season, but that doesn’t take away from how brutal the fights are. The story itself moves well, if not in a scattered way when Elektra shows up. It’s understandable when watching an entire season dedicated to Daredevil and Punisher’s war of morals, considering it’s a heavy topic for superheroes to tackle.

Season two ends on a quieter and more ambiguous note, leaving a sense of emptiness. Maybe the new season couldn’t live up to the wallop of the first season, but that doesn’t mean Daredevil has lost what makes it great. If anything, we know now what to expect from the show, and more possibilities are available to build on. Matt Murdock remains an interesting character because even though he’s doing the right thing, the world won’t bend to his goodwill. Everything he does is a test on his soul, and now everything the show does is a test of its uniqueness. We’re all just hoping there doesn’t come a season when Daredevil has to fight a giant robot. 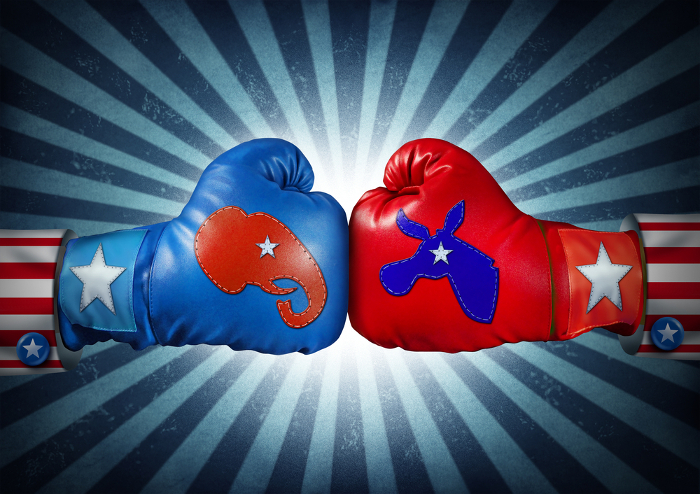 Easy to Declare, Hard to Run