Joan Didion called grammar a piano she plays by ear, but we can’t all be Joan Didion, wearing over-sized sunglasses and crafting sentences reminiscent of a Henry James novel. Instead, for us undergrads, grammar is often a piano played out of tune and with great frustration.

Stephen Spector, professor of English at Stony Brook University, has seen this frustration first-hand. He has been teaching English courses for 40 years, including a survey of the history of the language. For this reason, when Spector began to write a grammar guide, he wanted to create a book that would benefit his students. May I Quote You on That? (Oxford University Press, 2015) teaches grammar by example, compiling quotes from celebrities, writers and historical figures, a method of teaching that serves to put readers at ease.

“A lot of students are anxious about their grammar,” Spector says. “I wanted to dispel that anxiety as much as I could. Quotes from Lady Gaga, Taylor Swift and Jerry Seinfeld are one way to relax people.”

In the book’s lesson “A or An,” Spector provides a quote by Mark Twain to illustrate the proper use of the indefinite article:

“‘If a man could be crossed with a cat it would improve the man, but it would deteriorate the cat.’”

Many more familiar names appear in the book. Shakespeare, Eleanor Roosevelt and Winston Churchill are quoted, as are Stephen Colbert, Johnny Depp and Scarlett Johansson.

“My idea to begin with quotations of celebrities and writers wasn’t just a gimmick,” the author explains. “If people find it interesting, they’ll find it memorable. If it stays in their minds they can use it as models for their own writing. This is the natural way we learn grammar and usage: first by using it and then by learning the rules.”

Senior Janaea Eads, English major and tutor at Stony Brook’s Writing Center, agrees that one must see grammar in use in order to effectively comprehend the rules. “I’ve been taught grammar many times, in high school, at the college level, and I still have trouble remembering certain rules,” she says. “I’ve found the most effective way of learning is through example, so it is through providing examples that I help students improve their grammar at the Writing Center.”

The next step after providing examples is to allow students to write themselves. In 2014 Michelle Navarre Clearly wrote a piece for The Atlantic titled “The Wrong Way to Teach Grammar,” arguing that grammar is best learned through the act of  writing:  “Just as we teach children how to ride bikes by putting them on a bicycle, we need to teach students how to write grammatically by letting them write.” Clearly urges for the end of “traditional grammar lessons” composed of diagramming sentences and memorizing parts of speech. It is through writing, making mistakes and correcting these mistakes that students learn.

This is exactly how Spector himself learned. Apart from learning some formal grammar from studying German, French and Latin, Spector was never taught grammar. Instead he relied on paper comments from his professors that corrected his mistakes. Because of this, Spector feels it is the responsibility of the professor to “really mark papers up” with comments.

“Those are the professors you really value later,” he says. When asked about common errors in his own students’ writing, Spector believes the biggest problem comes from trying to write in an elevated, sophisticated style. “Students try to write in what they think is formal English, and what comes out is not natural English syntax or not natural usage. If they can write naturally more as they speak, many grammatical errors disappear.”

Both in his book and his classes, Spector stresses the mutability of language, saying that the English language has changed and will change again. While there is no way to know for certain what caused the language to change in the past, linguists believe that when one influential group begins to use language slightly differently, others tend to follow. The influx of new words, however, is a historical matter.

“French words entered the language in large numbers after the Norman invasion, Latin during the Renaissance,” Spector recounts. “The immigrant experience in the United States brought new vocabulary as well.”

And, of course, the language will undergo change in the future. A major influence on this is the use of slang.

“There are short-term changes, but they don’t necessarily stick,” Spector says. “But then there are always some words that make it into the mainstream and survive.” Though denounced in the eighteenth century, the word “mob” has become common. At one point, “fan” (from “fanatic”) was considered poor usage. “Hopefully” has gained the dominant meaning of “I hope,” softening the once harsh decree of grammarians that condemned this usage.

But along with the addition of news words and meanings, parts of the language will inevitably fall obsolete. The word “whom” is doomed for this fate, as it has fallen out of nonstandard usage with “who” taking its place. Likewise, the use of the subjunctive mood will no longer be used: rather than “if I were,” the more commonly said “if I was” will be accepted formally.

Spector makes a point of including these facts while teaching grammar so that students can see how meanings and rules have not only changed over time, but also are not always unanimously accepted.

“It demystifies grammar rules, takes the mystery out of them and maybe makes them less worrisome,” he says. “The rules have changed, some are arbitrary and some even great stylists and writers disagree about, but once [students] know a rule, they can then make an informed decision about whether they’re going to follow it.”

To Write a Novel: An interview with Professor Charles Haddad 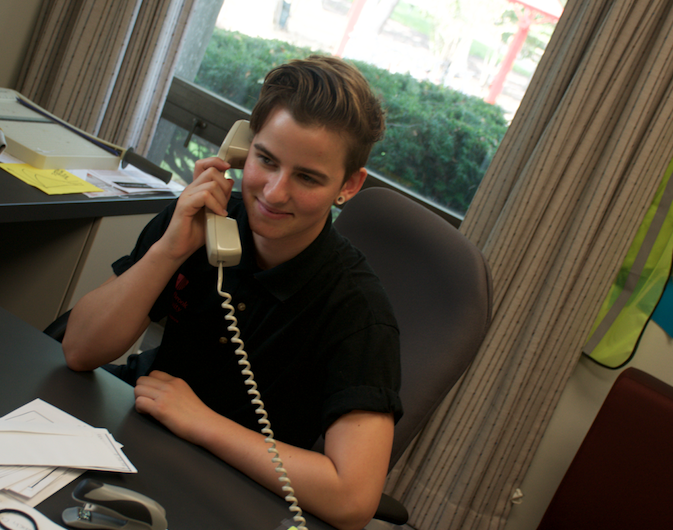