Active Minds was established in 2003 as “the voice of young adult mental health advocacy nationwide.” Alison Malmon, then a junior at the University of Pennsylvania, created the program in 2000 after experiencing a life-altering tragedy. In a CBS Cares campaign, which is a public service announcement dedicated to addressing a range of health issues, Malmon speaks of her brother Brian, whom she described as her best friend.

“He went to college and struggled with depression. He felt alone,” Malmon said. She spoke about how her brother kept his emotions from everyone. He felt like everything he was going through was caused by his own actions and, because of this, no one would understand. After three years of experiencing this, Brian did finally share his struggles with Malmon and she admitted, “I didn’t know what to do.”

A few months later, Brian took his own life.

Malmon realized that many college students shared some of the same experiences as Brian, but mental health wasn’t something that was commonly discussed. After coming to this realization, she committed herself to changing campus culture in regards to speaking openly about issues that affect many within the campus community. The most important thing was giving students and faculty the training necessary to answer the question: What will you say when someone with depression comes to you?

Today the organization has more than 400 chapters with Stony Brook now joining the effort to educate, encourage and form a bridge between the students and the mental health community.

Stony Brook currently offers Counseling and Psychological Services to students and faculty. This includes consultation, medication management and crisis intervention. However, according to Stony Brook’s Active Minds President, Emilia Leon, CAPS Director Julian Pessier is “very supportive” of the organization’s presence on campus. She stated that they were even gifted a banner with the Active Minds logo to display at events.

The organization has received a lot of support. After presenting themselves to USG, Leon, who is also a CHILL Peer Health Educator and Resident Assistant, along with Madiha Saeed, another member of the organization, received a standing ovation from every person in attendance.

“I wanted them to be aware of what we were doing, and USG has been amazing in supporting us. I’m very thankful,” Leon said.

When asked about the organization’s mission on campus, Leon spoke about her plans for the spring semester. “I want to focus on awareness. The reason for meeting with the USG is so we could receive funding so that we won’t have to focus on fundraising. We want to create an environment in this school where people who are stressed out or suffering from mental illness aren’t afraid to go talk to somebody. We want them to know that it’s okay to receive help.”

Leon has experienced first-hand what it’s like to be completely overwhelmed to the point of becoming depressed. As a Resident Assistant, fellow students often confide in her about the constant struggles they’re facing.

She described how by going into the library and just looking around, you could see this in almost everyone. She became overwhelmed. “I was like, more needs to be done.”

With her family being from Ecuador, Leon spoke about how sometimes not being able or not wanting to speak about mental illness is because of cultural pressures to keep such things hidden. “My culture is all about silence. We don’t talk about these things. People are afraid that it will make them look weak. They’re afraid of what other people are going to think of them and that causes more stress. That’s what makes you feel ashamed of your mental health.”

This played a big part in inspiring Leon to join Active Minds. People have told her about their fears of being judged or having people thinking they’re “crazy,” but she wants people to know that there’s nothing wrong with going to talk to someone.  She explains how the first step to healing mental illness is talking about it. This is why the organization also offers people the training to help others that need it.

“The worst thing you can say to them is ‘It’s fine. Don’t worry about it.’ It’s all about empathy,” Leon said. A lesson that the organization wants people to know is to never question the reasons or circumstances behind the person’s emotions. Just be there for them.

“We’re not going to be perfect all the time. Even if here [SBU] you see a person with a 4.0 GPA and joining all these clubs, you never know what that person is going through. On the surface they might seem like they’re doing good, but you don’t know what’s going on behind closed doors,” Leon explained. You don’t know the whole story. When people close that door, they hide all that. That makes it worse. That’s what causes suicide.”

This is, unfortunately, a reality that Stony Brook is familiar with. Between 2014-2015, two students took their own lives on the university’s campus. One sought counseling for depression but had not received the quality treatment needed to prevent such a terrible outcome.

With Active Minds now on campus with plans to collaborate with CAPS, USG, as well as other clubs, hopefully it could have a significant impact on how the campus community views and addresses mental health and safety.

“I want it to touch more people. My goal is to make it something everyone knows about,” Leon said. She added that even if people don’t want to get involved in events, she wants them to become more educated on how to deal with their own mental health and helping others. “Just be there for that person. Just say, ‘Let me help you get through this.’ It’s ok not to be ok.”

“Sometimes that’s the only thing you need to say. It’s like a chain reaction. It’ll spread.”

A Summer at the Turkana Basin Institute 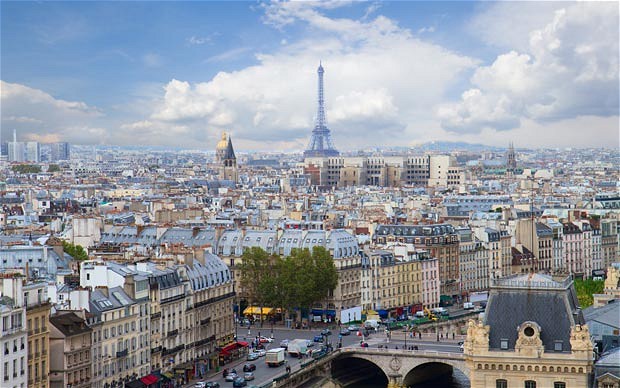