For the first time since 2007, the Stony Brook Seawolves (6-4) took on their cross-town rival, Hofstra (6-4), in a close game for the battle of Long Island. The Seawolves were able to withstand Hofstra’s impressive outside shooting performance with a 71-68 victory thanks to SBU’s smothering defense in the paint.

SBU’s Jameel Warney had another terrific game and was one rebound shy of a double-double. He finished with a team-high 22 points, nine rebounds and five blocks. Warney was the only SBU player to reach double-figures. He made two, big free throws with 20 seconds left to increase SBU’s lead by four

SBU’s Bryan Sekunda and Lucas Woodhouse both had nine points. They were a huge threat from beyond the arc making five three-pointers, shooting 50 percent combined from three. Woodhouse also finished with five rebounds and five assists. Also Roland Nyama and Rayshaun McGrew both finished with eight points. SBU made nine three pointers all game and shot 47.4 percent from three.

Senior Ameen Tanksley and junior Brian Bernardi of Hofstra combined for 45 of the team’s 68 points. They were dialed in from deep, both making four three-pointers and six overall field goals. Tanksley finished with a game-high 23 points and six rebounds. Bernardi finished with 22 points and made 60 percent of his shots. Hofstra shot the ball from deep 24 times and made 11 of them. They also worked to get  fouled 21 times and shot 80 percent from the foul line. Coming into SBU, they averaged 83.4 points per game.

Senior guard and the team’s leading scorer Juan’ya Green (17.6 points per game) was held to five points and only went one-for-eight shooting. It was the first time in his 43-game career that he was held to under 10 points. Both Green and SBU’s Carson Puriefoy played 23 minutes and committed two fouls in the first half.

In ten games played so far, SBU made 25 field goals for the ninth time (25-56). Warney had 10 of those 25 field goals, and this is his third straight game with at least 10. Warney is averaging a team-high of 19.8 points per game, 11 rebounds per game, 3.6 blocks per game this season. He was happy with the win.

“Hofstra’s a great team,” Warney said. “They were picked to finish first in the CAA so this was a great challenge for us. This is bragging rights for Long Island.”

Hofstra really had no other option than to shoot jump shots because they kept on getting denied driving to the basket and couldn’t get good looks in the paint. That made all the difference in the game.

SBU’s Head Coach Steven Pikiell was content with the win and very proud of his team’s effort to get a victory. “I’m just really proud of our guys,” he said. “I thought we did a good job of moving the ball. Our assist total was great. I think playing Hofstra is so good for Long Island basketball fans. We were able to finish when it counted.”

SBU looks to build off another win when they travel to Pennsylvania to play a struggling Lehigh University team (2-8) on Tuesday, Dec. 22. 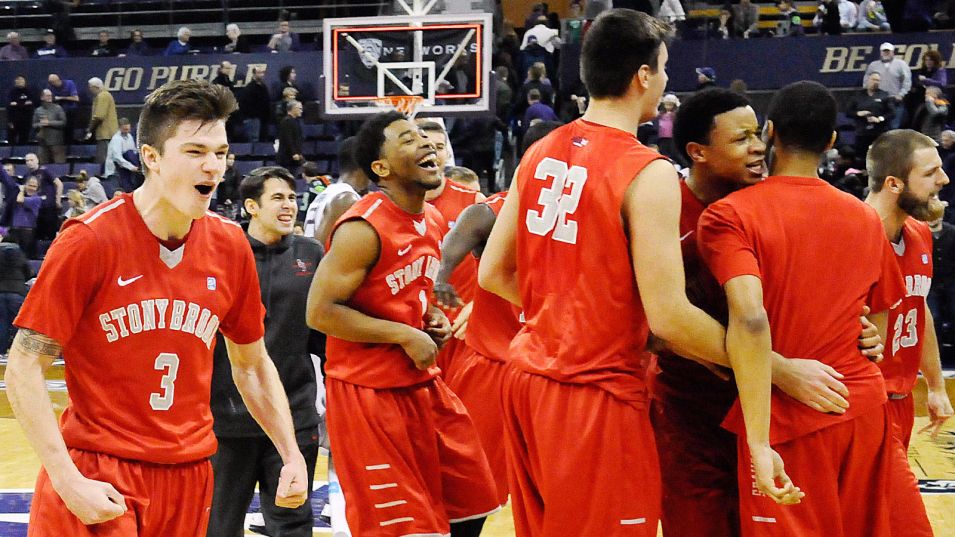 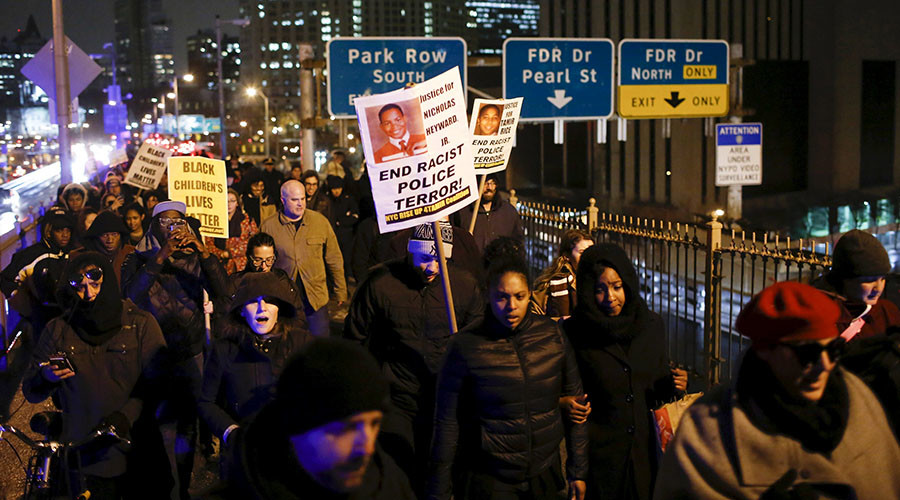 A Cold Night Does Not Slow Protest of Rice Case