The lights in the theater at the Wang Center dimmed, and the stage was cast in a pool of light. The third annual TedX event, meant to start conversations and initiate ideas, was held on Friday at Stony Brook University. The audience clapped as the next speaker of the day was introduced and a lean, bespectacled man walked onto the stage, with geometric patterns spinning in the projector behind him.

Nicholas Valente, Stony Brook alumni ‘11’15 and currently a lecturer in the math department at his alma mater, opened his Ted talk saying, “What if I told [you] that it is possible to have more than three dimensions, much more — four, five, six, ten, a thousand?” The audience laughed as he mentioned his favorite quote from Flatland, a fiction about a two-dimensional square and proceeded to explain how he created Polytopia, a mathematical program that takes abstract objects from higher dimensions, brings it into his program and integrates into the real world as best as it can.

Valente explained how an object that has 24 dimensions has more than 4 million vertices.

“It is a mathematical Rorschach test,” Valente said. He expanded on the process of 3D printing to use it as an analogy to explain what objects in higher dimensions mean. “I thought it was going to be plain math, but it was very interesting. I didn’t know that 4 million vertices were even possible,’ Adam Whitten, 20, said.

In an interview with the Stony Brook Press, Valente explained the beauty of mathematics. “To a lot of people math is a whole lot of numbers and complexities, but there is a certain art to it,” he said, explaining dimensions with a 3D-printed sphere. “Math has an ineffable kind of beauty,” he said. “What I personally get out of this is to bring it to an accessible level. There are so many rich and beautiful things in the world of mathematics.”

The next speaker was Abby Fisher, a Ph.D candidate in Musical arts who explained how the human mind is able to coordinate different actions at the same time. She found that percussion and the way she spoke has a unique connection and decided to pursue the phenomenon. “I will play vibraphone, speak and take photos all at the same time,” Fisher said, to general laughter and gasps from the audience.

She proceeded to do just that. Fisher showed how the spoken word can be manipulated to fit music but also challenge the mind to integrate other actions into it at the same time.

As a tall, blonde woman took to the stage, exactly how she was going to convince the audience to understand her reasoning with her segment, “Why should you spill your secrets,” was initially unclear. Elizabeth McCourt is a lawyer, has an M.F.A in Creative Writing and is a writer. She grew up on Long Island and went to a small Catholic grammar school. “I was really shy and terribly insecure, so I was holding on to whatever this guy was going to tell me that was going to propel me forward,” McCourt said of a teacher who was giving a self-esteem lesson in school one day. “He looked at me, and he paused, and he said, in what I felt like the flattest voice possible, ‘you’re smart and nice,’” she said. McCourt explained how she was bullied and “shoved around” when she was in school, and the teacher’s comment did nothing to help her. When in graduate school, years later, she ran into that teacher in a restaurant and decided she was going to write an essay about what he said — and who she had become, in spite of. The more she told the story, the less painful it became for her. “By opening myself up and by being vulnerable and authentic, I was able to make a connection.”

Her theory is that the person who is the “receiver” of the secret gets to guard it for the other person — without judgement. These secrets do not refer to the gossip but, in McCourt’s words, “a lie you have been telling yourself about.” McCourt then shared the secrets of two people who confided in her, with their permission. The divulgence of secrets led McCourt to wonder if there were any physical benefits in doing so, and she stumbled upon a recent study that indicated that sharing a secret decreases burden. “Nobody is thinking about you, they’re thinking about themselves, just like you,” McCourt quoted Roger Rosenblatt, a Creative Writing professor at Stony Brook University. McCourt told the audience that she was choosing to believe that nobody was reliving her seventh grade agony but was thinking about a point of low esteem in their own lives.

She ended with a quote from her late mother who said, “The things that people want to read and hear are the ones you don’t want to tell.”

The next part of the evening was unusual. It took more concentration than is required in a college-level physics course. “I walked around thinking that I didn’t exist,” Jacqueline Albin, a psychology major who has been suffering from schizoaffective disorder all her life. “This is what I lived for over a year.” Albin thought she was dead and would answer people who called to her saying “I am not here.” How did Albin find a way out of this disorder — she employed psychoanalysis and used philosophy as tools to help her believe that she was resilient. She said that the “hush-hush” attitude of mental illness problems and even their recovery was prevalent. “I had been through death, fire [and] high school. I started at Stony, and that was a lot.” When Albin realized that she has been through too much to give up now, she knew it was time to rise. “There was a light that was helping me get over the darkness of severe mental illness,” and she trained her mind to be able start thinking from scratch. “This isn’t the end. This is a new beginning. I rose up stronger than before. Not fully Healed but stronger.”

Albin talked animatedly about why it is important to have this conversation. “They always say what kills you makes you stronger. I say, to hell with that: If you die a little along the way, you will come back even stronger still.”

A long-legged, blonde woman who took to the stage, flashing a 1000- watt smile said, “Charlie Sheen and the port-a-potty bomber earned their labels after they did something, but what if I told you that the reverse were possible?” Debra Alfarone was 13 when her parents split and she tried to figure herself out.

“I grew up in Hicksville. Yes, that’s an actual town,” Alfarone, an award-winning, Emmy nominated reporter said, to general laughter.

“I was hurt, angry, anxious and preoccupied. So I ran around looking for love, solace and a sense of belonging,” Alfarone said of her mother. At this age, she did whatever she felt like: “cutting school” and hanging out with her older boyfriend who who spent most of his time “snorting cocaine and angel dust.” She became labelled by the society as a “dropout.”

“Looking back, I was lucky I made it alive,” she said. She took her GED at 18, and, while bagging groceries at a supermarket, her high school friend John told her that she too could be a college student. Debra Alfarone explored the concept of labelling as a reflection of a person’s self-esteem. She had actively made her own label as “college-student.” She joined Geico insurance after graduating college and took a trip to the Museum of Modern Art, which inspired her to the possibility of making her own labels. “At this point, I’m in my 20s, living in New York City. It’s like an episode of Sex and the City but season one.” The crowd laughed. Alfarone demonstrated through her own story of struggle and inadvertent labelling of herself and realized that she sounded “unmotivated, uninspired and settling.” She had big dreams about being creative and telling stories. “It took seeing myself through someone else’s eyes to see that really anything was possible.” She quit her job. She wanted a new label. So she joined an entry-level news assistant job at New York One. Then, armed with a tripod and a camera, Alfarone worked every holiday and every shift, covering stories around town. “We choose our labels everyday.” she said.

“But the label that you wear today may not be the label you wear tomorrow.” For Alfarone, her inner voice leads her to choose her own labels. And if it takes on for the worse, she “bitch-slaps” it. At this point, the audience erupts in laughter. At the end of her talk, she left the audience with a range of labels: slow speaker, bad singer, pregnant 14-year-old, cocaine addict, failure and mute — all of which were attributed to people from Albert Einstein to Elvis Presley to Maya Angelou, among others.

In an interview with the Press, Alfarone said, ”The more I read, I learned a lot. I avail myself of spiritual teachers.” Alfarone draws inspiration from people, like Gabby Bernstein, and says that visualizing oneself achieving the impossible is what propels us towards success.

“My favorite pieces were the one on labels and secrets. I could really relate to them in a way,” Anna Xu, 22, said.

This year’s TedX talk was a cross exploration between science, motivational speech, odd thoughts and ideas that make people truly think. It dealt with logic as much as it did with emotion, leaving the crowd in awe, fits of laughter and even a few sniffs.

As Alfarone said, “Believe it before you be it.” 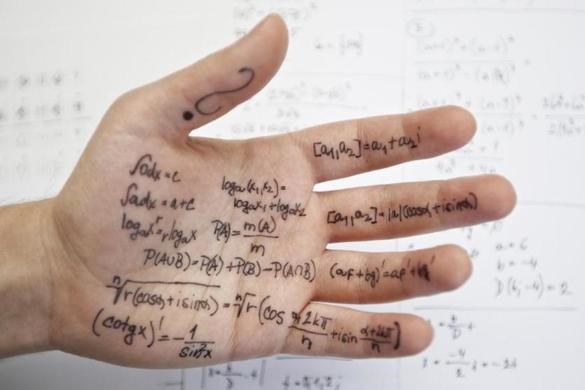 When the Numbing Boredom Stops 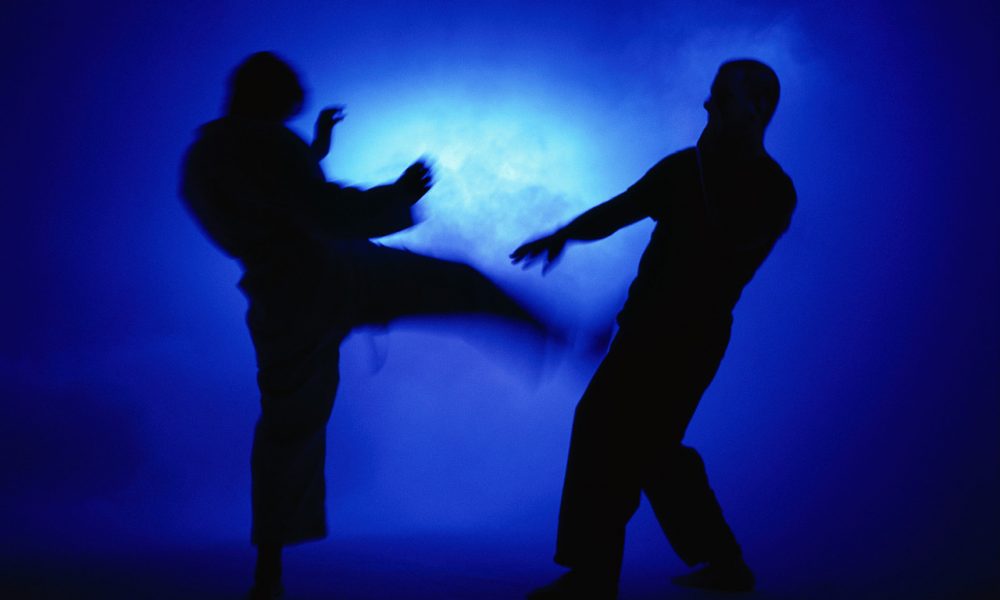 Anatomy and Gender in Martial Arts