You always hear there are two sides and the truth to every story, but how about a show that presents five sides and two seasons later… the truth is still yet to be determined?

When The Affair first aired last October, I had not heard much about it. There were a few commercials here and there, but nothing that drew me in enough to watch. However, as more and more people started watching and buzzing, I couldn’t resist. One episode in and I was hooked. As you may have already guessed, it’s about an affair. But I promise, you’ll never be able to guess what happens next. The show begins with Fiona Apple’s haunting song, “Container,” that you will soon find to be a complementary articulation of what the plot entails. This is only one of the many revelations you will experience, chaining you to this series. Each episode is divided into two parts revealing two sides of the story, but the truth is not one of them, leaving viewers to draw their own conclusions. The way characters dress, behave, and even speak varies depending on who is telling the story. Noah Solloway is married to Helen Solloway, but spoiler alert, Noah cheats on his wife with a troubled waitress, Alison Lockhart. In his version of the story, Alison was dressed promiscuously. According to Allison, however, she was much more reserved, and Noah came on much stronger than he recalls. Did I mention Allison and Cole’s four-year-old son passed away? Don’t worry, I’m not giving too much away. No one could ever give too much away about this show due to to the intertwining stories, vantage points, and timeline shifts that will blow your mind, as they did mine.

Now in its second season, having been released early by Showtime in response to its popularity, two more perspectives have been revealed, those of Helen and Cole, Allison’s now ex-husband, whom she cheated on with Noah. At the divorce lawyer’s office, Helen illustrates an abrupt entrance from Noah, while in the second half of the show Noah makes himself look like the victim of Helen’s antagonizing behavior. At this point, someone was killed, someone went to jail and everyone is guilty of something. Now we have five different perspectives. How, you ask? In addition to the four points of view, we are involved just as much as Noah, Allison, Helen, and Cole are. Mind you, the truth is still up the air, and I don’t think it is coming down any time soon. That part is up to us to figure out. So in a way, The Affair is not only a drama about cheating. It is a murder mystery, with a whole lot of skin.  So side note — save yourselves the trauma and do not watch with your parents in the room.

Love, marriage, divorce and the complexities involved in all can be found in The Affair. It will stun you into a daze of who to believe, who to trust, and why people even get married in the first place. You will think you know whose side to take, but by the next episode you will be struggling to decide. This show demands your full and undivided attention, nor does it deserve any less. Originality, fresh techniques and brilliant writing — what else could you ask for? 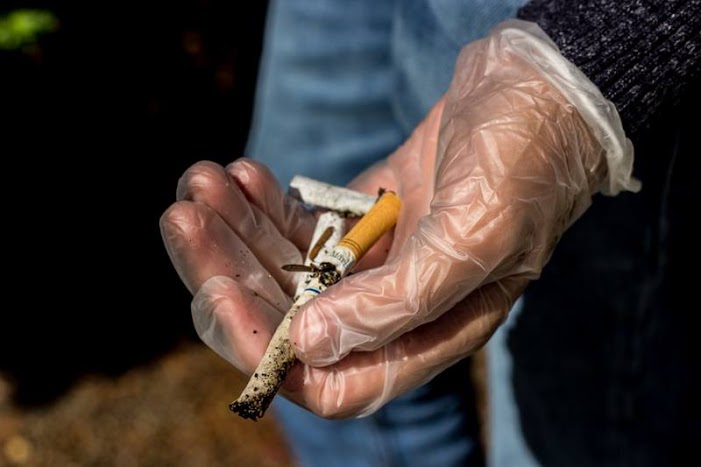 No Ifs, Ands or Butts for Stony Brook’s Campus

Tobacco Free and the USG