October has begun, and with it comes the Major League Baseball postseason. In approximately four weeks, a new champion will be crowned and one team can achieve immortality.

This postseason includes plenty of exciting match ups in both leagues, with many withstanding postseason droughts coming to an end.

On July 29th the Toronto Blue Jays trailed the New York Yankees seven games in the A.L. East standings before winning 42 of their final 60 games to claim the division crown. This is the Blue Jays first postseason appearance in 21 years, breaking the longest drought in the MLB. The New York Mets snapped a 9-year drought by virtue of winning the N.L. East. The Houston Astros and Chicago Cubs finished as the second wild card in their league, snapping a 10-year and 8-year drought, respectively.

The defending World Series champions, the San Francisco Giants, missed the playoffs as a result of the Los Angeles Dodgers winning the N.L. West. As for the defending American League champion Royals, who finished one win shy of a world series title in 2014, they claimed the top-seed in the A.L. with a 95-win season.

In the fourth season of the new wild-card format, which features a second wild-card team versing the first wild-card team in a play-in game, the Astros went into the Bronx and shutout the Yankees behind a masterful performance from their ace, Dallas Keuchel. The Astros will now be tasked with the challenge of defeating the Royals in a five-game series.

The Cubs defeated the Pirates 4-0 in PNC Park on Wednesday for their first postseason victory since 2003. Jake Arrieta outdid himself once again, tossing nine shutout innings and racking up 11 strikeouts along the way. The Cubs will move on to the NLDS to face-off against division rival St. Louis Cardinals.

The best-of-five series kicks off in Kansas City on Thursday, October 8th. Collin McHugh will oppose Yordano Ventura on the mound with the first pitch scheduled for 7:37 p.m.

The Royals have unfinished business from 2014, after losing Game 7 of the World Series at home to the Giants. Kansas City narrowly won home-field advantage over the Blue Jays, and could play a potential Game 5 at Kauffman Stadium. Homefield at“The K,” is an obvious advantage.

The Kansas City bullpen remains their strength despite the loss of closer Greg Holland. Their bullpen E.R.A. of 2.72 was tops in the American League, and with Wade Davis and his 0.94 E.R.A. taking over the closer role, the 9th remains a shutdown inning.

The Royals have the edge in experience after a long postseason run in 2014, but also because the Astros are an extremely young team. George Springer (26), Jose Altuve (25) and Carlos Correa (21) are far and away the best hitters in the Houston lineup, despite their inexperience. It will be interesting to watch whether the bright lights of October put too much pressure on the Houston youngsters, or if it inspires them to play better.

Although the Astros have a deeper rotation featuring Dallas Keuchel, Collin McHugh and Scott Kazmir, they have a tough task in defeating the 1-seed Royals three times.

The Texas Rangers came out of nowhere to win the A.L. West. After losing ace Yu Darvish to Tommy John surgery, it seemed to be another potential losing season for Texas. The midseason acquisition of starting pitcher Cole Hamels provided a jolt for this team, combined with an underachieving season from the Los Angeles Angels of Anaheim. Now, the Rangers prepare to play perhaps the most intimidating roster in baseball.

The series begins on Thursday October 8th, as Yovani Gallardo faces off opposite Toronto ace David Price. First pitch is scheduled for 3:30 p.m.

The Blue Jays lineup features three players that finished with 30-plus homers and 100-plus RBI in Josh Donaldson, Jose Bautista and Edwin Encarnacion. Donaldson will likely go on to win the AL MVP, and David Price, whom the Jays acquired at the deadline, is a Cy Young candidate. Troy Tulowitzki is back in the lineup after missing time due to a shoulder injury.

The Blue Jays offense finished tops in baseball with 891 runs scored, 127 more than the next highest-scoring team. Their extremely deep lineup will pose a problem for the Rangers, whose pitching staff outside of Hamels isn’t great.

The series begins Friday in St. Louis, with the first pitch scheduled for 6:30 p.m. Jon Lester of the Cubs opposes John Lackey of the Cardinals on the mound.

Lester put together a strong season in his first year with the Cubs. After signing a six-year, $155 million contract in the winter, Lester went 11-12 with a 3.44 E.R.A. in 2015. Lackey is the de facto ace of the Card’s rotation, as St. Louis has had to plug in starters throughout the year due to injuries to Adam Wainwright and Carlos Martinez.

The Cardinals won 11 of the 19 regular season games played between the two clubs, but the Cubs are rolling into the NLDS on a hot streak. Chicago won its final eight regular season games before winning the wild-card in the game against the Pittsburgh Pirates. Including Wednesday’s victory, Jake Arrieta has given up only two earned runs over his last 76 innings pitched, after posting a microscopic 0.36 E.R.A. over his final 13 starts of the regular season.

A Cubs lineup that features Kris Bryant, Anthony Rizzo and Kyle Schwarber could spell the 107-year championship-less drought. The Cardinals can never be underestimated, but taking down potential Cy Young winner Jake Arrieta and the Cubs will be a tough matchup.

Pitching is the story of this series. How can it not be when the NLDS features Kershaw, deGrom, Zack Greinke, Noah Syndergaard, Matt Harvey and Steven Matz? Kershaw posted the first 300-strikeout season since Randy Johnson in 2002. Zack Greinke’s 1.66 E.R.A. was lowest among all qualifying MLB starters. Syndergaard’s 1.05 WHIP is a Mets rookie record. Harvey posted a 2.71 E.R.A. in 189.1 innings in his first season back from Tommy John Surgery. Matz was the first Mets pitcher in history to allow 2 or fewer runs in each of his first 5 career starts.

Both teams have elite closers as well, in Jeurys Familia of the Mets and Kenley Jansen of the Dodgers. The Mets bullpen may have the slight edge due to a superior 7th inning and setup-man in Addison Reed and Tyler Clippard, respectively.

The Mets need to figure out a way to go into Chavez Ravine and take at least one game against Kershaw and Greinke, the Dodgers Game 1 and 2 starters. Going to Citi Fieldwith the series even at 1-1 at worst would turn the series into their favor. Harvey is slated to pitch in Game 3, the first ever playoff game at Citi Field, with Matz to follow in Game 4.

In a series that features superior pitching, it is going to come down to fundamentals. Strong defense and not giving extra outs will be key, while smart base running and situational hitting could be the difference in a tight ballgame.

The postseason is where legends are made, just ask Madison Bumgarner. Who will it be in 2015? 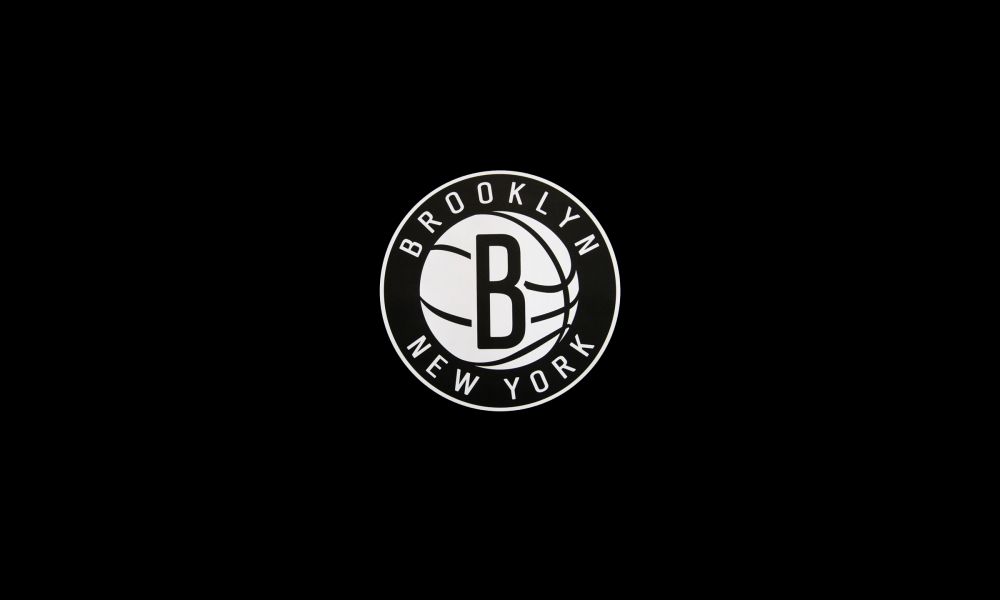 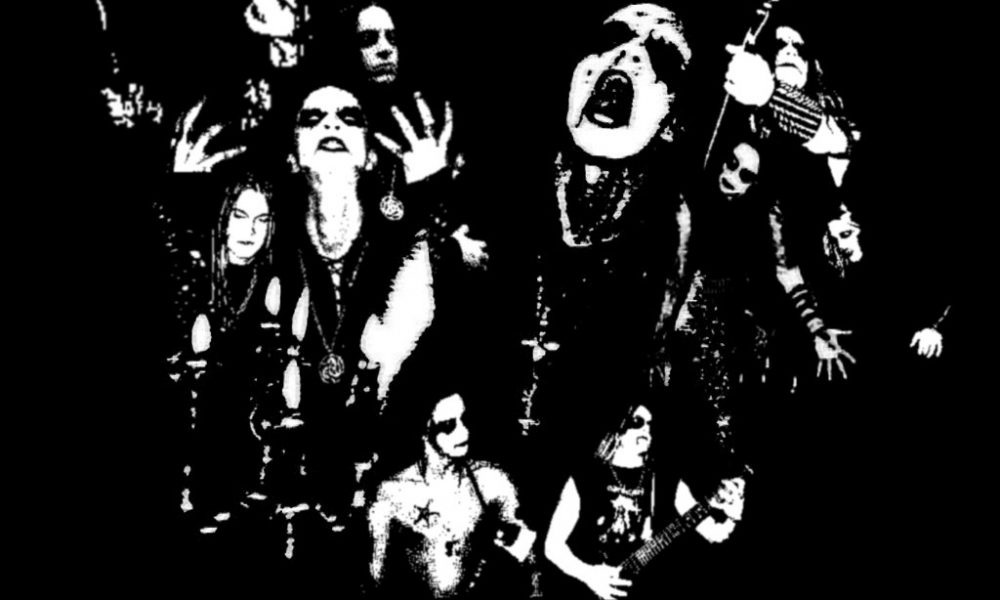 What is This Bullshit?: Black Metal