While it’s not exactly stuffing them in sardine cans, the effect is the same. Stony Brook University, has had the largest number of housing applicants.34,000 this fall, according to President Stanley at his State of the University address. And as a result, almost 700 Stony Brook University students have been placed in overcrowded dorms. With a housing shortage reaching maximum levels, 85 percent all of Stony Brook’s incoming freshmen are nearly guaranteed to have three people living in designated double rooms, according to Kathryn Osenni, an office assistant at the Campus Residences office. The standard accommodation offered by the school is two people per room. These changes have taken place, sometimes, without the resident’s knowledge.

“I signed up for a double room but with an unofficial understanding that I would be tripled,” first semester freshman Hayley Rein said. Rein is currently living in Benedict College and was casually informed that she “might” be tripled this semester. “I just accepted it because I knew it would happen to nearly everyone else, and it didn’t seem like a terrible situation to be placed in anyway,” she added.

Campus residences have confirmed that they have received complaints from freshmen who have been tripled. “Our first priority is detriplting after the semester starts,” Osenni said. “But this is done on a space-available basis.”

But Rachel Chabin, a freshman who lives in Greeley College said that his tripled room “didn’t come as a surprise.”

When asked to comment on the issue, Alan S. deVries, associate director of residential programs for administration and services at Stony Brook said, “The issue of space in housing in relation to interested students is real. We opened the current year with 175 students in a facility we are renting from another local College and a waiting list of almost 400 students.”

In addition to overcrowding on campus, Stony Brook has to keep some students in dorms located on the Dowling College campus, with buses that shuttle the students for 30 minutes back and forth from their dorms.

The Dowling dorms only started being used at the beginning of the Fall 2014 semester. The well covered creation was heavily controversial. While some thought the University would put an end to the far little piece of Stony Brook Property. Those expectations were spoiled when they saw the small sign next to The Union parking lot signifying a permanent Dowling bus stop.  There are still hundreds of students who can’t get university regulated housing and are forced to resort to commuting from an off campus space.

Some students had the concept of “tripling” dropped on them out of nowhere.

“I don’t remember being told that [I would be tripled] so it was a bit of a surprise. I am part of the University Scholars and I heard that a lot of us got tripled since the scholars dorm together,” Bill Lehane, a freshman living in one of the rooms in the basement of Benedict College, said.

These changes to the number of tripled dorms is sending sending shockwaves throughout the residential side of Stony Brook life. It is complicating life for students. In turn, the problems for those directly responsible for residential students are only compounded.

The overcrowding situation is only part of the problem for Residential Attendants (R.As) whose job it is to enforce the University’s housing laws and to engage with the students in their dorms. Recent changes to their responsibilities have left some R.As feeling overwhelmed, especially with the large amount of new students they must also take care of.

These R.As quoted in the article wished not to be named from fear of being reprimanded or that they may lose their jobs.

An R.A from Mendelsohn Quad stated that campus housing was at 103 percent capacity, which would even lead to R.As having to live with some of their residents in a double, which “creates a conflict of interest.” “We have 40 to 50 people fitting in a hallway meant for 30 and then 40 to 50 people sharing four showers, one of which is always broken,” he said on the overcrowding issue. “A lot of the roommate problems I have to deal with stem from the fact that there just isn’t enough room.”

Some of the changes to their responsibilities include having the R.As do “Community Connection Conversations,” which require them to talk to all residents they are responsible for and fill out a form of something new they learned about that resident. This includes asking specific questions which could include if they are making friends, or if they enjoy their classes.

“I don’t like it very much because it takes away from genuine conversation,” said another R.A.

R.As must record every conversation which might involve a mental health issue or thoughts of suicide. Since they are not required to handle such conversations, they must report them to their superior

Where R.A insections used to occur on one day of the week, now R.A inspections of dorm rooms occur all week long from 10 a.m to 10 p.m, Sunday through Saturday, and it occurs campuswide in the same week. The timing is so to try to “keep residents on their toes.” The main difference is it occurs every other month instead of every month

For now, these stuffed students are anticipating the new dorms. Cranes and the sound of jackhammer fill the air behind The Staller Center. The new Housing Complex, which President Samley said will hold 750 beds, may alleviate some of this overcrowding.

But for now, progress towards a housing solution remains stagnant. The overcrowding problem is far beyond the individual student’s control. There are other problems with housing that are a more personal, and much more physical.

West Apartments is considered a privilege

On average, the cost of an apartment is $600 more for both a single and double compared to other dorm rooms. To qualify, a student must maintain a 3.0 GPA and be in U3 or U4 standing, meaning they have 57 credits or above.

Living in West is a privilege. To all its residences, including the ants, the cockroaches, and not forgetting the mold.

West Apartments has been a function on Stony Brook University campus since 2001, according to a 2004 Statesman article. It has been slowly extended over the next decade. Now, some question if those distant Stony Brook residence halls are in decline. While other residence halls may be older, West Apartments wears its age on its sleeve, and on the carpets and the walls.

Notorious for the structural and pest problems it’s residents have with their rooms, the greater freedoms of personal kitchens and bathrooms is a tradeoff for mold and water damage.

The West Apartments quad offices declined to comment, saying the questions must be directed to campus residences.

Director of Campus Residences John Sparano said that there is a protocol for sending complaints, which usually involves first getting the information to the Residential Assistant or the Quad office, which should inspect the room within a reasonable amount of time to inspect the complaint.

The outside contractor for pest control, Eliminex, only appears on Monday, Tuesday and Friday. Sparano said that they could bring him in on short notice in case of emergency, he does not appear on the weekend.

While problems eventually get dealt with, sometimes students are left waiting much longer than they should to see problems dealt with.

Stony Brook’s suburban housing, with its bland exteriors facing the streets, appears innocuous. That is, until you start counting the cars. Then you realize just how many students, mostly foreign, are jammed into 30 square feet of wood and concrete.

For several years, local officials and homeowners have complained about these overstuffed houses, and now university officials and local homeowners are squabbling over the current treatment of off-campus housing for foreign students.

Sander and DeRosa both said that university officials mentioned “intimidation of honor.” Landlords of the same or similar cultures and ethnicities “play the right cards against these kids,” Sander said.

“They’re afraid it might get back to their home country,” DeRosa said.

In a letter to Newsday [SBU’s Foreign Students, August 28, 2015], Sander wrote that Stony Brook University should ensure adequate housing for the foreign students that it recruits.

“Many of these students are forced to rely on a money-grabbing group of illegal landlords that has invaded single-family neighborhoods,” Sander wrote.

He alleges that landlords are telling the international students that they house not to open doors for anyone without a warrant. Stony Brook Officials  could not be reached for comment.

“The Town cannot corroborate a conversation that took place with two individuals outside of government. We had no involvement in that discussion so it would be inappropriate for us to comment,” said Town of Brookhaven spokesman, Jack Krieger.

Sander claimed that university faculty is “capitalizing” on the increased enrollment of recent semesters as well as the few options for off-campus housing these students have. “The worst landlords are involved with the university,” he said.

DeRosa said SBU is not solely to blame for the situation. “The university is the cause of the problem, but the town has to be more aggressive on cracking down on illegal houses,” DeRosa said.

extent of the law,” said Supervisor Ed Romaine at a press conference in 2013 when the crackdown began.

The university has seen a spike in foreign students from 11.55-percent in 2008-2009 to 19.58-percent in the 2013-2014 school year, according to data from the Institute of International Education and the National Center for Educational Statistics.

SBU is planning on increasing enrollment from 25,272 this fall to 26,394 by 2020, according to Braden Hosch, assistant vice president for institutional research, planning, and effectiveness at SBU. Officials did not set any projections for international student enrollment.

On campus housing will expand when new residence halls on Toll Drive open in Fall 2016. The new facility will have a total of 759 beds. Matthew Whelan, SBU vice president for strategic initiatives said the new residence facilities would help accommodate rising enrollment.

Sander and DeRosa, however, said the only solution is for the university to team up with contractors and provide affordable, off-campus apartments for students.

“They said they have been working with some developers but there’s nothing concrete,” DeRosa said. 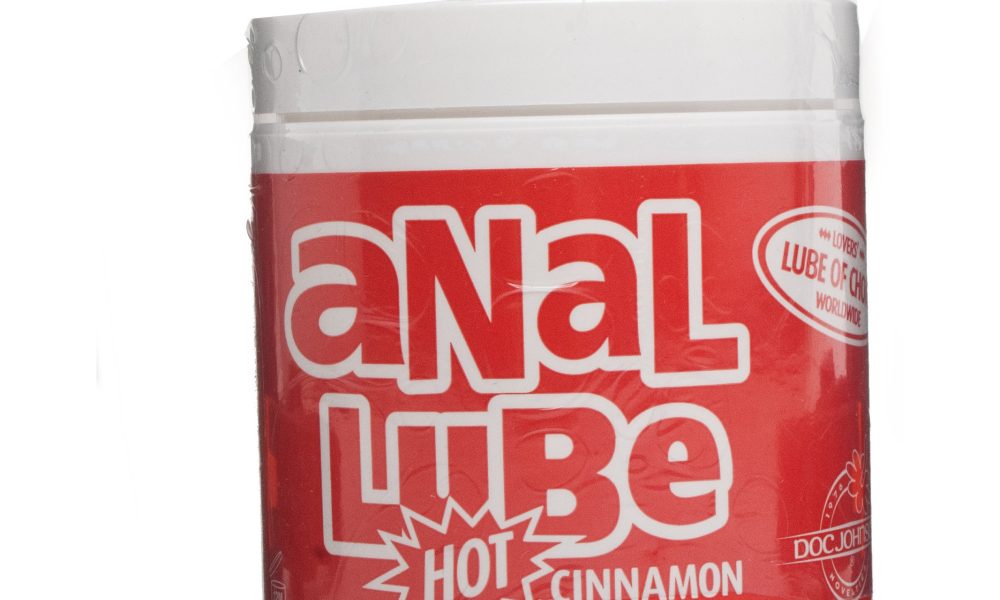 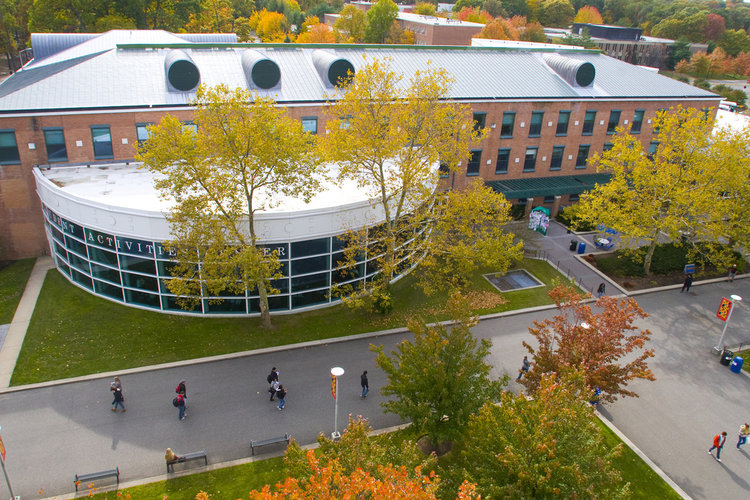 Getting High At Stony Brook