Today marks the 45th anniversary of Jimi Hendrix’s death. Hendrix remains a household name,  is on millions of people’s list of favorite musicians, and not only forever changed music, but also left his mark on pop culture. In honor of Jimi Hendrix, here are 45 things you should know about the musical icon.

1. His major career spanned only four years.
Hendrix’s career technically lasted longer than four years, however he only gained fame and popularity in 1966 after he and manager Chas Chandler formed The Jimi Hendrix Experience in London. He had been playing in small bands since he was a teenager. When he was in the military, he formed a band called the Casuals and after he and fellow band member Billy Cox were both discharged, they formed the King Kasuals in the early 1960s. Throughout the early-mid 1960s, Hendrix played backup for Little Richard, the Isley Brothers, Sam Cooke and played in the band Jimmy James and the Blue Flames.

2. His name wasn’t “Jimi Hendrix” until 1966.
He was born as Johnny Allen Hendrix. His mother and father had a shaky relationship, and after his father gained custody when Jimi was 4 years old he renamed him James Marshall Hendrix. He only started spelling Jimmy “Jimi” after the Jimi Hendrix Experience was formed in 1966.

3. He made the guitar sexy.
Jimi Hendrix didn’t just use the electric guitar as an instrument—  he was too much of a showman for that. Hendrix played the guitar behind his back, with his teeth, upside down, etc. He bent the guitar to create new sounds, and moved so rhythmically you’d think he and the guitar were dance partners. You knew you were in for a show when Jimi picked up a guitar. Not only did Hendrix’s music sound good, he made playing music look good as well.

4. As a kid, Jimi used a broomstick as if it were a guitar.
Jimi dancing on stage with his guitar started off as Jimi dancing around his room with a broom. He even brought his broomstick with him to school and emulated playing a guitar.

5. His first instrument was a one string ukulele he found in the trash.
Jimi Hendrix found a one string ukulele in the garbage and learned to play certain notes by listening to music and playing along. Hendrix listened to rock-and-roll legends like Elvis Presley and blues greats like B.B. King and his unique sound was the perfect combination of such genres.

6. He got his first guitar when he was 12.
His father had refused to buy Jimi a guitar for years, but after seeing that his son’s hunger to make music wasn’t just a phase, he eventually encouraged Jimi’s music career by buying him his first real instrument when he was 12, an acoustic guitar.

7. He’s a high school dropout.
Jimi Hendrix never graduated high school. He hadn’t yet graduated when he enlisted in the Military.

8. He was enlisted in the military only to avoid prison time.
Jimi Hendrix was caught twice in stolen cars as a teenager. He and his friends stole the vehicles for a joyride, and after being caught, Hendrix had to make the awkward choice between going to jail and going into the military. Hendrix chose the latter.

10. It is rumored that Hendrix was murdered.
There are numerous conspiracy theories surrounding Hendrix’s death, the most popular being that his girlfriend at the time, Monika Dannemann, forced Hendrix to overdose. There is no serious weight to such allegations.

11. He is a member of the 27 Club
The 27 Club is a “club” made up of musicians that died at the age of 27. Other inductees include Amy Winehouse, Kurt Cobain, Pigpen, Jim Morrison, among others.

12. He liked drugs.
It is well documented that Jimi Hendrix used drugs. It’s known that he enjoyed marijuana, LSD and alcohol. It is believed that Hendrix also struggled with an addiction to certain prescription pills as his health declined in the late 1960s. His death was drug related.

13. No one gave a shit that he was black.
Jimi Hendrix’s career exploded at a time when there were severe racial tensions within the US. Hendrix didn’t make “black music” or “white music,” he made music that was appreciated by people of all backgrounds and cultures.

14. He turned the amplifier into an instrument itself.
Hendrix was extremely keen with production, and the way his music sounded. He is known for explosive live performances, and is one of the first electric guitarists to master using the amplifier to create new sounds.

15. He looked at music as a religion and called his own music “electric church.”
Hendrix wanted there to be a place any person could go to and “experience” music, like a church. He believed music brought people together.

16. His iconic performance of the Star Spangled Banner was extremely controversial at the time.
When Hendrix played the Star Spangled Banner on his electric guitar at the 1969 Woodstock music festival, it was a very “unorthodox” performance. When asked about the controversial performance in one of his most famous interviews, Hendrix stated “I’m American so I played it… I didn’t think it was unorthodox. I thought it was beautiful.”

18. He had a rough childhood.
Jimi Hendrix rarely saw his mother, partly because she was an alcoholic. Music was an outlet for Jimi to escape his difficult family picture.

20. Hendrix played a right-handed guitar upside down because he was left-handed.
His weapon-of-choice was a Fender Stratocaster. Hendrix turned it upside-down in order to hit the notes he wanted to, as he was left handed. He did own a left-handed guitar later in his career, but why use that when you can just turn the guitar you’re used to using upside-down?

21. He saw Elvis Presley perform live.
Perhaps Hendrix never would have picked up a guitar if he hadn’t seen Elvis live as a kid. Elvis was one of Hendrix’s biggest inspirations throughout his career.

22. He couldn’t read music.
If you handed Jimi Hendrix a sheet of music and asked him to play it, he wouldn’t know what to do. He played by ear, not by looking at notes on paper.

23. He influenced not just other artists, but entire genres of music.
Jimi Hendrix didn’t make just one genre of music. He is known for making blues, psychedelic rock, hard rock and R&B. He fused the sounds of these different genres into his own personal style, which in turn influenced other genres, including P-Funk in the 1970s, which went on to influence G-Funk in the 1990s.

26. His fashion kicked ass, too.
No matter what combination of colors, designs and clothing he wore, he looked good.

27.  Music has been released under his name as recently as 2015.
Studio recordings, live performances and compilations have consistently been released since Hendrix died 45 years ago. His 2013 studio album People, Hell and Angels peaked at #2 on the U.S. charts.

28. He wasn’t the greatest vocalist.
Hendrix had a voice, but not the best one. He was a capable singer with an amazing band and good lyrics backing him up.

29. The Jimi Hendrix Experience’s debut album was certified 5x Platinum in the U.S.
Are You Experienced sold over 8 million copies worldwide. Reviews everywhere gave the album high praise due to its perceived sheer perfection.

30. Cannabis products are being made under the Hendrix brand name.
A cannabis company announced over the summer that it would soon produce “Purple Haze” edibles as a part of “The Edible Experience.” In other words, Hendrix-themed weed will hit dispensary shelves soon. Experience Hendrix issued this statement: “This has nothing to do with Experience Hendrix LLC, the legitimate Hendrix Family-owned entity which administrates intellectual property associated with Jimi Hendrix.”

31. His music ages like a fine wine.
Hendrix’s music gets better with age. If Are You Experienced were to drop as a new album in 2015, it would receive the same resounding positive feedback it received in 1967. It just sounds THAT good.

32. One of his most popular songs is a cover.
“All Along the Watchtower” was written and recorded by Bob Dylan less than a year before Hendrix covered the song. Hendrix’s version exploded in popularity. Dylan once stated “Ever since [Hendrix] died I’ve been doing it his way… I always feel it’s a tribute to him.”

33. His music was used to pump up millions of screaming Hulkamaniacs.
What better song for pro-wrestling legend Hulk Hogan to use than Hendrix’s “Voodoo Child?”

35. Neil Young Inducted the Jimi Hendrix Experience into the Hall of Fame
Neil Young’s career started before Hendrix’s, but he stated he learned a lot about music from Hendrix regardless.

36. There were plans for Hendrix and Miles Davis to record together, but those plans were scrapped.
It is believed that due to Davis wanting more money for the dream collaboration, the deal never worked out.

37. Hendrix had two children… we think.
Hendrix had two kids (from separate relationships): James Sundquist and Tamika Hendrix. Swedish courts recognize James as Jimi’s son, however the legitimacy of Tamika’s relationship to Jimi is questionable as no DNA testing has been done to prove paternity. Hendrix’s father has left both James Sundquist and Tamika Hendrix away from the Hendrix estate.

38. Hendrix recorded a 16-song autobiographical story with his acoustic guitar that you’ve never heard.
It has been reported that Hendrix recorded the 16 tracks in his apartment on his own time. The tracks were recorded in 1970 by Hendrix alone, and have only been heard by a few people close to Hendrix. Hendrix called the collection Black Gold. It is probably incredible, and we will probably never hear it.

39. He was arrested for jaywalking.
Really?

40. He was arrested for participating in a civil rights demonstration in Nashville.
I don’t know what’s worse, getting arrested for jaywalking or for believing in equality. Hendrix has gone to jail for both.

41. He had to subdue Little Richard.
As a backup guitarist for Little Richard, Jimi Hendrix had to control him after Richard had been fired from New York’s Paramount Theater.

42. He wrote a screenplay.
Hendrix wrote an entire screenplay entitled Moon Dust. The main character of Moon Dust was based off of Hendrix himself, named The Powerful Sound King. Other characters were based off of a 1966 Spider-Man comic book.

43. He was a comic book fan.
In addition to basing characters in his screenplay off of Spider-Man characters, Hendrix often referenced the 1960s Batman TV show with Adam West.

44. He was modest. Too Modest.
When Hendrix was called “one of” the greatest guitarists in music, he frowned. He didn’t look at himself as the greatest, or one of the greatest.

45. He is the greatest guitarist of all time.
Name another individual who picked up a one string ukulele out of the trash and taught themselves to play it with enough talent to enter the Rock & Roll Hall of Fame. Hendrix is a musical legend and a cultural icon. In the span of four years he forever changed music with his raw talent and uniqueness. Hendrix is more than a singer, more than an entertainer, writer, guitarist, or veteran. He is a phenomenon, which is why 45 years after his death, his soul is still rocking. 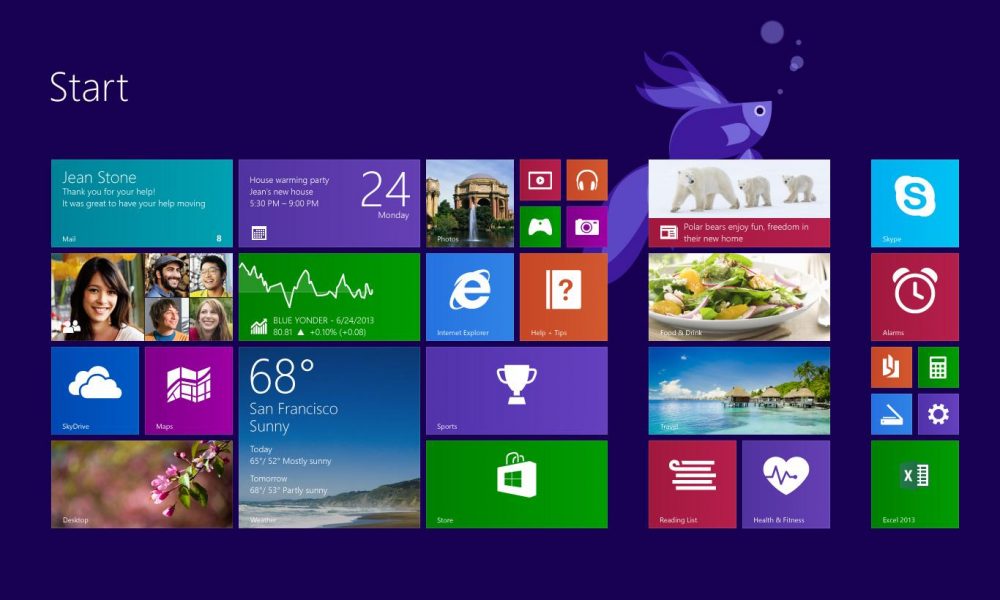 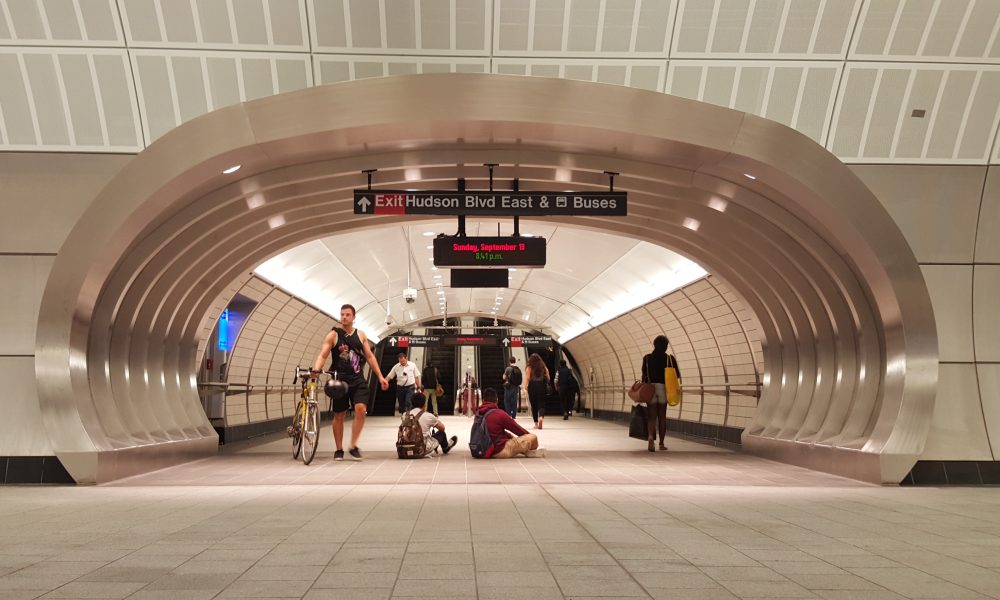