“I remember you was conflicted/Misusing your influence/Sometimes I did the same,”

Such is the dilemma plaguing one Kendrick Lamar, rap’s newest messiah. The Compton MC is asking the ghost of his mentor (none other than 2Pac) if he truly deserved to escape from the gang-infused nightmare of his hometown. He’s looking for guidance on what his next move should be: should he be the street poet standing up for injustice against black people, or is he just another rapper making it big? Who is Kendrick Lamar, or what has Kendrick Lamar become?

If one thing is certain, it’s that Kendrick Lamar is miles beyond what rap and hip-hop is today, making the hype surrounding the release of his second major-label album, To Pimp a Butterfly, all the more appropriate. And boy, does Kendrick have a lot to say this time around. To Pimp a Butterfly is Kendrick looking outward and inward as he muses about everything from his inner struggles with success and personal fulfillment to the Michael Brown incident and the image of black race in America.

Kendrick explains the album title (a take on To Kill a Mockingbird) right off the bat with “Wesley’s Theory,” using Wesley Snipes’ rise and fall as a cautionary tale for black stars making it big (the butterfly can rise or fall from the pimping.) He calls himself “King Kunta,” a rich black American that is still as enslaved as those seen on Roots. He’s also torn between a victory lap and a guilt trip, as heard on “i” and “u.” The former shows Kendrick championing anything coming his way (“Sky could fall down, wind could cry now/Look at me motherfucker I smile,”) while the latter shows Kendrick having a mental breakdown over his depression (“You the reason why mama and them leavin’/No you ain’t shit, you say you love them, I know you don’t mean it/I know you’re irresponsible, selfish, in denial, can’t help it,” he says in a cracking voice on the verge of tears.) In the midst of all of this introspection, Kendrick muses on the value of a dollar in the retelling of the time he met God at a gas station in the form of a homeless man (“How Much A Dollar Cost.”) Don’t mistake this as a sign of Kendrick going soft, as evidence by “The Blacker The Berry” where his gang-banger lifestyle in the midst of today’s racial crimes makes him “the biggest hypocrite of 2015.” Kendrick is blunt and bites hard in his messages by never pulling punches on anyone, especially himself.

It’s not all dark skies on Butterfly, as Kendrick looks to be a positive voice to a new generation. “Complexion (A Zulu Love,)” is Kendrick supporting all shades of black amidst the years of struggle for slaves to get closer to the mansion (“Sneak me through your back window, I’m a good field nigga/I made a flower for you outta cotton just to chill with you.”) Kendrick also returns to Compton on “Momma,” where he meets a younger reflection of himself hoping Kendrick remains a positive role model. There’s also the aforementioned “i” where Kendrick celebrates beating the street and making it past 25 years of age.

On top of Kendrick’s sharp lines and self-realization is some pristine production and guest verses. The vibe of Parliament/Funkadelic is heard all through the album, specifically on “Wesley’s Theory” which features fat bass lines and an opening for Dr. Funkenstein himself, George Clinton. Similar smooth funk can be heard on “These Walls,” “You Ain’t Gotta Lie (Momma Said),” and the Isley Brothers’ sample on “i.” The rest of the album follows a spacey-jazz theme, heard through the piano and saxophones on “Institutionalized,” “Momma,” “Complexion (A Zulu Love,)” and the gorgeous “How Much A Dollar Cost.” The likes of Terrace Martin, LoveDragon, Boi-1da and Sounwave deserve major points for making such harsh words flow smoothly. Kendrick also pulls in sharp guests like Rapsody, Anna Wise, James Fauntleroy and even Snoop Dogg.

It’s funny how every rapper seems to want the crown Kendrick wears on his head, and yet Kendrick himself almost took it off altogether. Considering the self-doubt and pressure he’s felt since good kid, m.A.A.d city dropped nearly two years ago, it’s a miracle that To Pimp a Butterfly even exists. Regardless, this is what the public needs to hear: a major-label rap star using his talent to talk about real issues. More so, he barely pegs himself as a savior and doesn’t hide his sinning ways. If Kendrick Lamar is the new voice of a generation, he doesn’t brag about it. He’s more relatable and more believable here than any other mainstream rapper on radio. That’s something original, something needed, and something to praise. 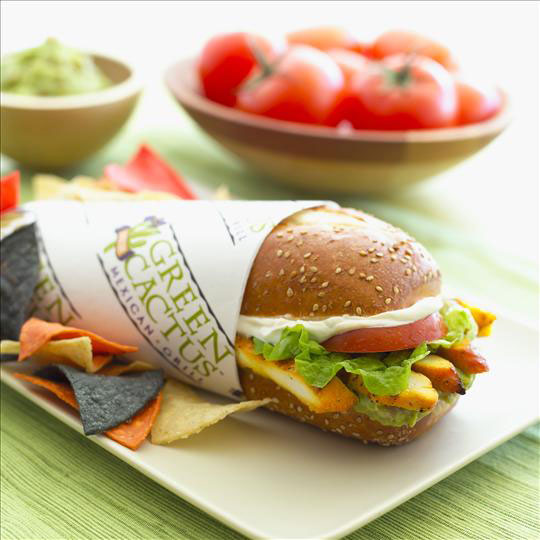 Beyond the Tracks: A Restaurant Review of The Green Cactus 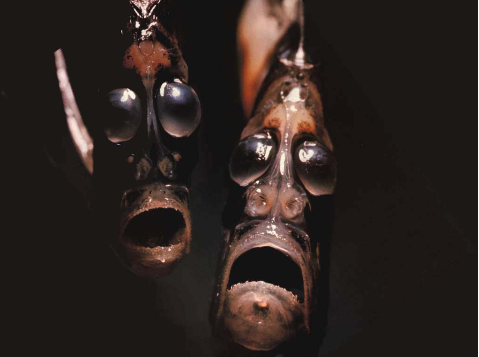 The Ocean is Creepy