The Stony Brook men’s soccer team topped Albany 1-0 in overtime on Friday night at LaValle Stadium, in their first America East Conference game of the season.

Both teams failed to score at the end of regulation, taking the game into overtime.

However, the Seawolves broke the deadlock in the last minute when sophomore midfielder Martin Giordano powered in a strike to the top shelf of the net from a cross off the boot of sophomore defender Mario Mesen.

The Seawolves controlled the tempo of the game for most of the 97 minutes of play, but struggled to capitalize on the chances they had in front of goal during regulation.

“We want to get better in front of goal, we want to become more deadly in the final third,” said Stony Brook Coach Ryan Anatol.

Stony Brook’s top scorer, senior forward Will Casey, who has scored four goals in the season, including a pair of game winners, was non-existent during Friday night’s match. Casey played all 97 minutes but had zero shots all night.

When asked about the performance of his senior striker, Coach Anatol said, “teams are preparing for him.”

The Great Danes of Albany came into Friday’s match with only one win in nine games this season and falling in every game against the Seawolves since 2007 (5-0-2), but the Danes managed to take Stony Brook the distance in a match the Seawolves were expected to win.

“They do a good job of defending, they get a lot of numbers behind the ball, you look at their results they’re always low scoring games and we expected that coming in,” said Anatol.

One of the main reasons for the Great Danes’ resilience were the constant substitutions by Albany to keep fresh rested legs on the field. Albany made ten substitutions throughout the game while Stony Brook only made two, one in each period.

In his second start of the season, senior goalie Carlos Villa recorded his second win and shutout this Fall. Villa was not spectacular but got the job done, making two saves that day, including a stop on a late scare by Albany after freshman defender Rodrigo Uriarte turned the ball over on the left wing inside Stony Brook’s half.

Other than one miscue on defense, the Seawolves’ back line was solid. Stony Brook’s starting defense includes three freshmen: Rodrigo Uriarte, Kofi Osei-Tutu and Tavares Thompson. The three freshman defenders are part of the seven underclassmen starting for the Seawolves. 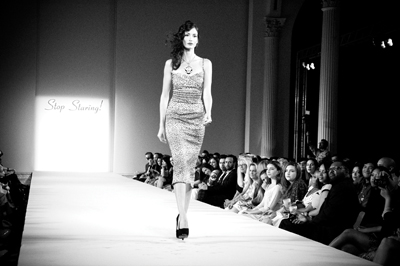 In Defense of Fashion