Amnesia: A Machine for Pigs introduces players to Oswald Mandus, a London industrialist and meat-packer who has awakened to find his house empty and his children missing. His memory of the past few months is hazy and he’s haunted by visions of a massive contraption hidden underground. From here the story, The Chinese Room’s follow up to 2010’s well received Amnesia: The Dark Descent, twists and turns through the depths of 1890s London.
A Machine for Pigs is not nearly as sheer dread inducing as its predecessor. The game is as much akin to Dear Esther, The Chinese Room’s 2012 experimental first-person exploration-fiction title, as it is to The Dark Descent. And though the scares occur less often and more predictably than in the first Amnesia title, A Machine for Pigs makes up for it in its cerebral plot and tight gameplay.
While opening doors via a click and drag or picking up and throwing a box were somewhat unwieldy endeavors in the first game, the much-improved physics system keeps the flow of puzzle solving, door opening, and running from monsters constant.
The gameplay is streamlined even more with the removal of the gas lantern and sanity systems from The Dark Descent. What’s left is an electric lantern with a limitless energy supply, and the ability to hide fully in the dark from monsters, something that was made more difficult in The Dark Descent as the player’s sanity would decline the longer they stayed in the pitch black.
With these subtractions, the creators make it clear that they intended A Machine for Pigs to immerse the player more completely than The Dark Descent, in which the action would stop when you opened your inventory or refilled your lantern.
That said, this constant flow means that some of Amnesia’s signature puzzle-based progression has been dumbed down to avoid hang-ups. Once the player has gotten past the foreboding atmosphere of the game, A Machine for Pigs is quite easy.
The story, much like in the first game, is revealed via hidden notes, phone calls, audio diaries and an automatically updated journal which provides both story details and hints for puzzle solving. This system could have been implemented better, though, as the placement of these notes is quite sporadic, leaving the player unsure if they’ve missed any.
The aesthetics of the game though, especially the sound design, which does more to enhance the game’s atmosphere than any other aspect, are great. The graphics aren’t significantly better than its predecessor’s, mostly due to the limitations of Frictional Game’s engine, but the scenery, from the streets of London to its depths are brilliantly modeled.
Story connections to Amnesia: The Dark Descent, while present, are limited, and knowledge of the first game’s plot isn’t necessary to fully appreciate A Machine for Pigs.
Bottom Line: Amnesia: A Machine for Pigs is moody, sometimes scary, and though it does little to advance the Amnesia formula from a gameplay perspective, The Chinese Room’s experience with Dear Esther definitely shows in that A Machine for Pigs is a far more interesting storytelling experience. 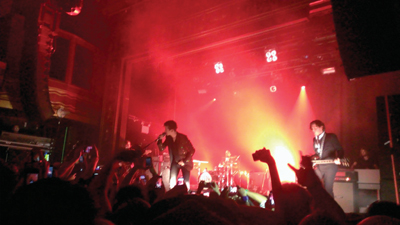 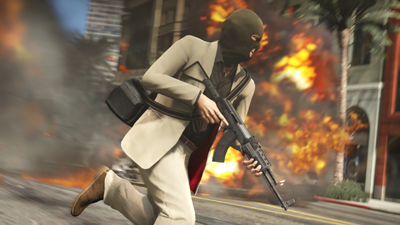