Construction, to those who are not wearing hard hats and vests (and maybe to those who are, also), seems like needless hassle — a tic the size of a dinner plate on the back of a benevolent student just trying to get a slice of pizza in the current constructional maze that is the Kelly Dining zone.

To get to Kelly’s entrance has become somewhat of a challenge; maybe that’s good, obesity is a problem and we need any extra exercise we can get.

But, in all seriousness, to put it simply: for current students, construction on campus makes things bad. It means walking back to dorms without the option of a sidewalk. It means leaving for class five-to-10 minutes early to allow time for that detour made necessary by the blockade of metal gates around the old Old Chemistry building. It means accepting the fact that Kelly Dining has, for quite some time now, looked more like a post-apocalyptic fragment of the Earth than a place to eat cheap macaroni and mashed potatoes and hang out with friends.

And the work doesn’t end there. Crews are working on new buildings and maintaining older ones, fixing pipes and breaking them.

To students who traverse Stony Brook’s daffodil-lined grounds for just four years (ish), the constant work is a giant blemish on the face of what could be a physically beautiful campus. There is also noise.

According to University President Samuel Stanley, “One measure of any institution’s health is the number of cranes on campus.”  If this is the case, our campus is clearly eating an apple a day and staying well-hydrated. There are cranes everywhere.

The funny thing about being a current student looking at construction is that, whether the critics realize it or not, it is easy to be short-sighted. It is easy to say that four construction-less years would be nice, because then we’d always wake up to the sights we see on college brochures and every day we could smell the freshly-cut lawn as we listen to the chirping of birds rather than the humming of heavy machinery. And yet, constructional improvements are the reason for every building that exists on this campus today.

As the university grows in size and its number of prospective students does the same, construction becomes a necessary part of its existence.

SBU has gleaned both its physical appearance and its institutional status from the field of construction. Everything good, and bad, about this campus came from a once-current construction project.

Someday not too far from now, SBU students will wake up in the rooms of residence halls on the land that is now only grass connecting Mendelsohn Quad and the Charles B. Wang Center, walk to the academic mall to take their seats in classes in the soon-to-be-opened Frey Hall and not think twice about it. They will walk past the Computer Science building in the mornings and at night attend basketball games in the new arena. They will visit the Marine Sciences center at Stony Brook Southampton.

Someday, these things will be normal; they will be institutions and they will be taken for granted as things that are just here.

But these things need to be built, and current students need to accept that. Also, we sure do pay enough for improvements, monetarily speaking.

In 20 years, this campus will likely be barely-recognizable to anyone who is a student today. And that’s how it should be — it’s important to keep up with other universities, to compete, because to lose our footing in the college-selection game is all too easy.

The second the appearance of SBU’s campus becomes inferior to that of Binghamton or Syracuse or Buffalo or Albany, SBU loses just a little bit of its reputation; it shrinks from its tall stature; it sinks down in its chair and begins to accept defeat. 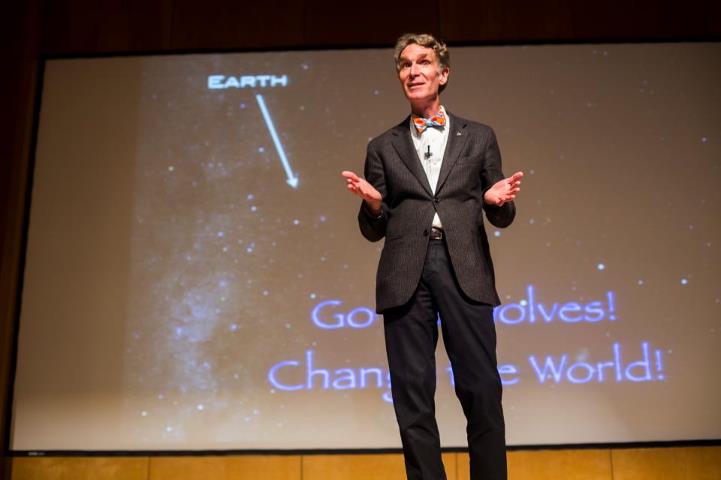