The Seawolves defeated the UAlbany Great Danes 75- 70 on Sunday March 3, allowing them to move forward to the America East Conference tournament. On Thursday, Feb. 28, men’s basketball picked up a dominating 71-55 victory at Boston University, earning both the America East Conference’s regular season title and a berth in at least the National Invitational Tournament (NIT) for the third time in the last four seasons. Off this high note, the team returned home Sunday, March 3 to battle the Albany Great Danes and close out the regular season. The Seawolves, who defeated Albany 65-49 on Jan. 29, entered the game with a record of 22-6 (13-2 in America East play.) The Great Danes were 21-9 on the season (9-6 in conference games) coming into Sunday.

Over the first 4:09 of play, the Seawolves outscored the Great Danes. 13-8. Stony Brook guard Marcus Rouse intercepted an Albany outlet pass and converted a layup to tie the game at two. After Great Danes’ forward Sam Rowley hit a layup to give Albany a 6-4 lead, the Seawolves got hot from the three-point range. Forward Ron Bracey, guard Leonard Hayes and Rouse all sank long treys during this stretch.

Stony Brook extended its lead to 17-12 with 13:28 remaining in the first half on a jumper by guard Dave Coley. Albany was unfazed, scoring 10 consecutive points to take a 22- 17 lead. The Great Danes’ scoring spurt was bookended with three-pointers by guard Jacob Iati. Seawolves’ guard Anthony Jackson nailed a jumper 9:18 before halftime to end the run.

A long trey by Iati gave Albany a 27-21 lead with 7:43 remaining in the first half. Then, after Seawolves’ forward Jameel Warney hit consecutive free-throws, Great Danes’ forward Gary Johnson converted a conventional three-point play to extend the visitors’ lead to 30-24.

With just under five minutes remaining before halftime, forward Scott King sank a three-pointer that brought the Seawolves to within 30-27. Then, with the home team trailing 32-29, forward Tommy Brenton drove into the paint and passed the ball to Rouse, who drilled a three to tie the game. A long jumper Jackson once again tied tied the game, this time 34-34, and closed out first half scoring.

in the half. Iati, who hit three of his five attempted shots from “downtown,” led all scorers in the first half with nine points. Turnovers hurt both teams in the first half. The Seawolves committed seven turnovers, and the Great Danes gave the ball away 12 times; each team scored eight points off of turnovers.

The Seawolves took a 36-34 lead on their first second half possession when Coley hit a jumper. However, the Great Danes responded immediately with a 12-0 run, which gave them a double-digit lead, 46-36. This run culminated with a three-point play by guard Mike Black.

A jumper by Bracey three minutes into the second half ended Albany’s run and also ignited an 8-0 run for Stony Brook. This spurt included two buckets by guard Carson Puriefoy, and it ended with a Warney layup that brought the Seawolves to within 46-42.

With Albany holding a 51-46 lead, the Seawolves scored five consecutive points, which came on a contested dunk by Warney and a trey by Puriefoy, to tie the game. A trey by Hayes with 7:44 remaining allowed Stony Brook to recapture the lead, 59-58, before a Brenton layup extended this lead to 61-58.

Though Albany came back and took a 63-61 lead on another Iati trey with exactly six minutes remaining, the Seawolves refused to disappoint their fans on Senior Day; the home team took the lead for good when Bracey nailed a jumper with 4:02 left in the game. Stony Brook hit its free throws down the stretch, and it was able to hold on for a come-from-behind 75-70 victory.

Puriefoy led Stony Brook with 17 points for the game, hitting five of his eight shots from the field and all six of his foul shots. Iati and Black led Albany in scoring, contributing 17 points each. Both teams shot well from behind the arc. Albany shot 7-17 (41%) from three-point range, while the Seawolves hit seven of their nine attempts (76%) from long distance.

With the 75-70 victory, the Seawolves finish the regular season with a record of 23-6 (14-2 in conference play). They will now travel to Albany, N.Y. for the America East Conference tournament, which begins on Saturday, March 9. Needing three victories to reach the NCAA tournament for the first time in program history, the top seeded Seawolves will battle the Bearcats of Binghamton University in the first round. 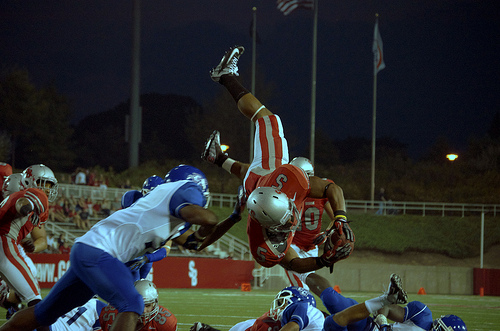