Dr. Lee Koppelman is a master planner, and he is also a man who appeared with a brown paper bag at lunch-time.

Rich Murdocco, an expert on planning on Long Island explains that Koppelman was not a man who could be bought.

“He told me that he would never let anyone take him out to lunch, because he didn’t want to owe anyone anything, or give the perception that he was being swayed.”

Koppleman was consistently at odds with the constituency’s conservative Republican tilt. If Koppelman was running for office, there is no doubt he would have lost. But he always seemed to outlive the opposition, and for almost four decades, he was a puppet master. He pulled the strings of both the republicans and democrats and made an effort to spin regimes, which complimented both party’s despite his liberal, democratic views.

In an article with the New York Times, Patrick Halpin, a former Suffolk County Executive said, “He’s outlasted his enemies and everybody else.”

Koppelman’s desire to help the needy was instinctual. In the third grade his teacher asked the class what they would do if they had a million dollars. Koppelman’s response was unlike his classmates. He would not ask for a single toy, but instead for a Utopian society where everyone had houses and jobs.

His desire for a Utopian society is still a burning desire and Koppelman believes that the biggest failure on the Island is the lack of affordable housing. He talked about the three categories, which were suffering the most. The elderly, the poor and single families.

“When we talk about affordable housing, we have to talk about more than a single family home. We have to have a balance of houses.”

Housing seems to be an impending problem on Long Island. There is not enough affordable living areas and simply it’s too expensive. Koppelman addressed the advantage of single-family detached housing for young adults and for the elderly, but only recently has this issue come to the table.

During his extensive time as a planner on Long Island, Koppelman’s most influential accomplishment could well be a study which determined the linkage between land use policy and groundwater quality. Murdocco argues that this particular study is as valuable as it is still pertinent to today.

“His 1978 ‘208’ study used the best science available at the time to study Long Island’s aquifer system, setting a template that has been used nationally, and still shaping Long Island’s development to this day.”

Although Koppelman is disputably known as one of the most influential planners on Long Island besides Robert Moses, he is no stranger to criticism. Richard Amper, Executive Director of the Pine Barrens Society on Long Island believes Koppelman was hasty in his younger years.

“Dr Koppelman promoted development in excess of what was appropriate for Long Island.”

Amper believed Koppelman was less protective of the environment in his early years, and was hard to sway.

“Koppelman is quite authoritative when it comes to his own opinion.”

Peter Scully, the Regional Director of Region 1(Long Island) for the Department of Environmental Conservation has opposing views to Richard Amper.

“Lee Koppelman has worked very hard to urge public officials to make land use decisions and to plan for growth on Long Island in a way that protects the sole source aquifer that supplies the region’s drinking water for future generations.”

Koppelman had the urgency and desire to convert Long Island into an affordable place to live. Murdocco reflects on Koppelman’s personality, maybe even the most significant force which allowed Koppelman to tackle his visionary ideas.

“Dr. Koppelman was fiery in his younger days, and that was driven by his determination to always make the right and ethical choice.”

Scully also claims that Koppelman’s distinct character was definitely a fundamental factor in his success.

“Vision and perseverance are the two most striking aspects of Lee Koppelman’s character that have made him so successful. Once Lee gets focused on a goal – and they are usually very significant goals, he does not rest until the task is accomplished.” 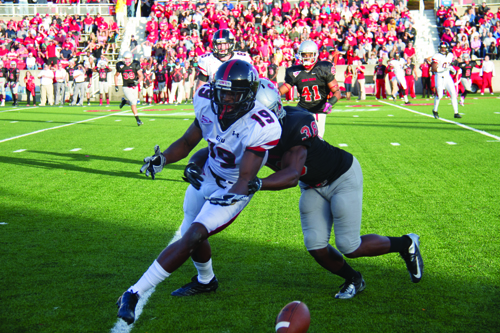