With their 20-10 home victory over Villanova University on November 24, the Stony Brook Seawolves advanced to the second round of the Football Championship Subdivision playoffs for the second consecutive year.  Stony Brook lost a hard fought 34-27 game at Sam Houston State in its second round game last year.  Hoping to advance further into this year’s tournament, the Seawolves traveled to Bozeman, Montana to take on the Bobcats of Montana State University, Saturday night.

After forcing Montana State to punt on its opening drive, the Seawolves drove into Bobcats’ territory where they had the first scoring opportunity of the game.  However, kicker Wesley Skiffington missed a 35-yard field goal attempt wide-left, and the game remained scoreless.

In the second quarter, Skiffington avenged his earlier miss—he drilled a 38-yard field goal to cut the Bobcats’ lead to 7-3.  After a Montana State three and out, the Seawolves drove into the red zone and were in good position to take their first lead of the game.

As it turned out, the drive resulted in no points for Stony Brook.  Running back Miguel Maysonet fumbled the ball, and Montana State recovered it.  The Bobcats capitalized on the turnover as kicker Rory Perez connected on a 48-yard field goal to close out scoring in the first half.

Early in the third quarter, Bleskin stumbled and reeled in a 45-yard pass from McGhee.  Bleskin’s nifty catch set up a 1st and goal at the Stony Brook 1-yard line.  There, the Seawolves’ defense stiffened and kept the Bobcats out of the end zone.  Still, Perez’s second field goal of the game, a 21 yarder, gave Montana State its largest lead of the game, 13-3.

Stony Brook’s fortunes began to turn for the better on the first play of the fourth quarter when Davonte Anderson intercepted a McGhee pass at the 12-yard line and returned it to the 40-yard line.  Aided by two pass interference penalties on Montana State, the Seawolves drove into the red zone.  There, they scored their first touchdown of the game on a 5-yard pass from quarterback Kyle Essington to receiver Kevin Norrell.

Stony Brook’s good fortune did not last long, however, as the ensuing kickoff was returned to the 46-yard line.  Montana State capitalized on its good field position – Perez hit on a 45-yard try to extend the Bobcats’ lead to 16-10.

Still leading 16-10 with under 2:00 remaining in regulation, Montana State tried to ice the game with a 44-yard field goal.  However, Perez’s kick drifted wide-left, and the Seawolves took over needing only a touchdown and an extra point to win the game.

Unfortunately for the Seawolves, they failed to capitalize on Perez’s miss.  Essington fumbled while being sacked on a third down play with under 1:00 remaining in the game, and Montana State recovered the ball.  The Bobcats then ran out the clock on both the game and Stony Brook’s season.

With the 16-10 defeat, the Seawolves finish the season with a record of 10-3.  Though the ending was disappointing, the season had many highs, convincing wins over Army and Villanova among them.  The team will join the Colonial Athletic Association next season and again try to win its first FCS championship. 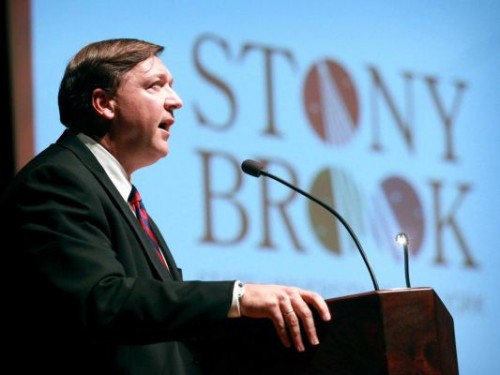