I just spent 15 minutes chipping away pixels of a giant virtual cube. Why? Well because I’m curious.

Peter Molyneux, with the help of developer 22Cans, created Curiosity.

This experiment was created to test the limits of human curiosity. There are thousands, possibly millions, of people all around the world chipping away at the same giant virtual cube. Buried at the center of the cube there is a secret, but only one person will get to see it.

This free-to-play game is available on Android and iOS with an in-app store where players can purchase items, with an in-game currency, that can help destroy larger amounts of pixels per tap.

Besides the highly priced “chisels” that will help eliminate blocks quicker,  the gameplay is pretty straight forward. It takes place on a real-time server where all of the players tap the cube repeatedly. Some people draw things on the cube, one guy proposed to his girlfriend on one of the sides. It almost acts like a way of communicating with the world.

Overall, the monotonous game play sparks a curiosity that drives people to keep on playing, tapping away at the cube. All while wondering: What’s inside? 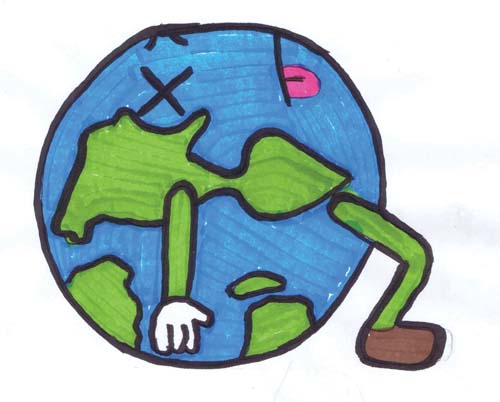 The Earth: A Review

No Hotel Bars in My Lobby