On an unusually warm March evening, the members of the Environmental Club gather in the small yellow room in Roth, just like they do every Wednesday night at 7:00.

“We’re here to talk about nuclear energy,” says Czerniawski, the club president,to begin the meeting. “Anyone know what day Earth Day is?” Czerniawski asks like an elementary school teacher addressing her class. “April 22” somebody shouts out. “Bingo!” she responds.
The Environmental Club doesn’t have many members and doesn’t get much recognition, but, under Czerniawski’s leadership, it works hard to make the campus a better place for everyone.

“The first time I saw the campus, I was in elementary school,” she said. “There was ivy on the buildings then, and a lot of green space. Now that I’m here, almost two decades later, the campus has gone through urbanization. It’s a shame to lose the environmental aspect.”

Ever since she started attending Stony Brook, she has been helping the Environmental Club try and bring more green to a campus that always seems to be undergoing construction. The club has created a task force to try and get more vegetables on campus in the hope that campus dining might be interested in using the food that will be grown, “it’s more sustainable and healthier,” she said.
At the moment, there are only two vegetable gardens on the entire Stony Brook campus. One, near the South Parking Lot, was started by a random group of students and has been taken over by the Environmental Club. The other is at the hospital and is maintained by the Health Sciences Department.

The club occasionally pays visits to the garden in the South Parking Lot during their meetings. The 21 environmentalists trek to the lot and congregate in front of the patch.

The small garden, which can go unnoticed by passersby, is crammed on to a plot on the side of the large parking lot. It’s filled with tomatoes, potatoes, parsley, basil, thyme and squash.

Most of the vegetables are given to inner city families who can’t afford food or are donated to organizations that distribute the food independently. The garden requires a lot of work–each spring the area has to be cleared, planted and nurtured.

During the school year, volunteers and members of the Environmental Club maintain the garden. The main problem is that there are fewer people available to do it over the summer. There are not many students on campus, and the garden needs a lot of water.

The university’s administration is working to create two intern positions for students who will receive stipends for maintaining the garden, according to Czerniawski.

Right now, the tiny garden, surrounded by a black fence, doesn’t look like much. Small yellow dandelions and large brown tree stumps are sprinkled around the green area. The club hasn’t started getting the plot ready for planting yet.

Maintaining a tiny garden isn’t the only thing Environmental Club members do. The club also worked on an initiative to replace plastic bags with reusable bags by selling them at Earthstock.

“We have members that never would have contacted each other but have similar goals and aspirations,” Caladrello said in an email interview.
“This combined with the acceptance of all students and majors allows for the university as a whole to become closer to each other,” he said. “Every time you go the many dining halls on campus and see more recycling bins, solar powered trash compactors, [the] use of environmentally friendly tableware, [these] were all brought about by the [club’s] ability to change the world, and the campus.”

While the two clubs have different agendas, they manage to work together to help the campus community. They plan events like beach clean-ups, fundraisers like a fashion show for charity, and trips like kayak trips and seal walks. Czerniawski and Caldarello hope to spread the word across the campus. He says they want to enlist students with different talents, such as art or communication skills to help connect to the rest of the student body.

But there might be a more immediate problem facing the Environmental Club. The Undergraduate Student Government cut the club’s budget for this year. For the 2010-2011 school year, the club had a budget of $6,500. This year, it was reduced to $3,500. The money goes towards events, seeds, soil, transportation, arts and crafts, and anything else that the club might need to improve the campus.

For the second to last meeting enjoyed a potluck of vegan food while discussing the differences between pescetarianism, vegetarianism and veganism. After the members of the club have eaten their broccoli and hummus, they discuss their eating habits. Almost all participants have something to say. The vibe in the room is relaxed as the members eat and socialize, it is a welcoming atmospere to students of all interests. 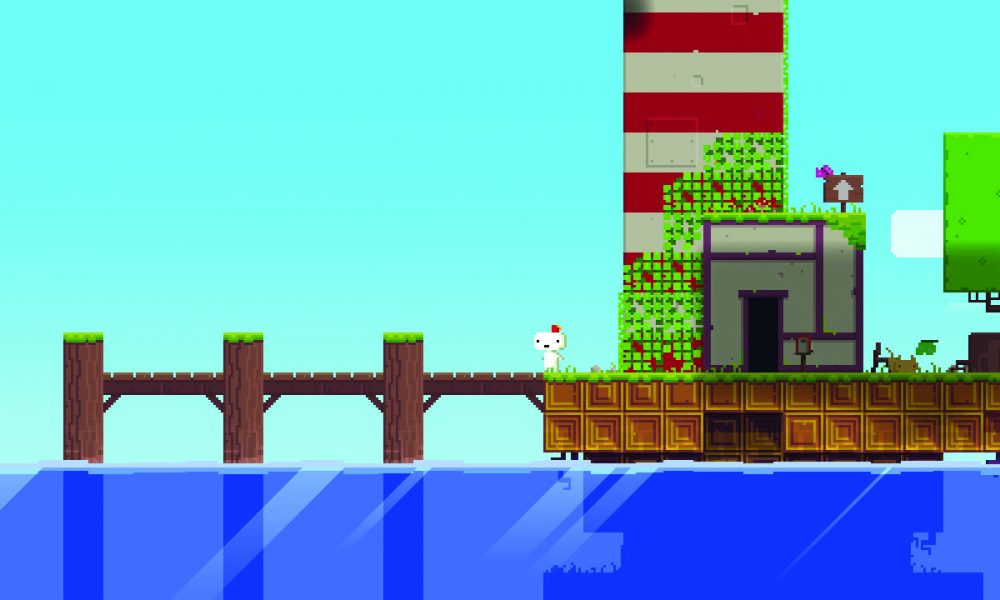 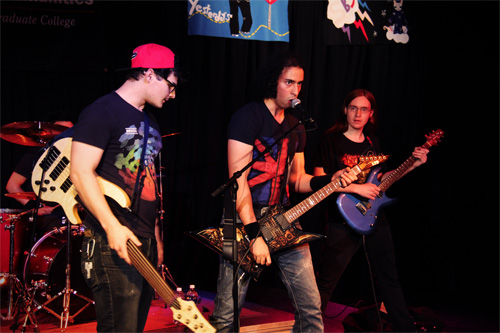