The Republican primary race has struggled to identify a strong, leading nominee, with each candidate showing political or diplomatic weaknesses.

Mitt Romney’s questionable wording to a business group in New Hampshire January 9—“I like being able to fire people who provide services to me”—sparked a firestorm from Romney’s cutthroat fellow candidates, who immediately declared that Romney is not fighting for the interests of the working class
.
Gingrich called Palestinians an “invented people,” Santorum argued that Puerto Rico would have to adopt English as its main language to become a U.S. state and even Ron Paul, the primary background libertarian candidate, is accused of showing racism and homophobia in his newsletters. All of these cases highlight the need for each presidential hopeful to watch his back; otherwise the media will be chewing on it.

But the candidates have fought back. Gingrich, with the backing of Romney and the other candidates, has labeled reporters as “liberal elite media;” accusing the media of crossing the line between objectivity and bias in its attempt to destabilize each candidate or question their platform.

In an early January debate, when asked about enforcing healthcare providers’ distribution of contraception, regardless of religious affiliation, Gingrich turned the question on its head.

“Should the Catholic Church,” asked Gingrich, “find itself discriminated against by the
Obama administration in a key delivery of services because of the bias and the bigotry of the administration?”
Living in the northeast United States, we are exposed to varying degrees of social liberty and democratic perspectives. New York City, the melting pot of ethnicities and culture, is unlikely to respond to the traditional conservative ideals of pro-life, anti-immigration, heterosexual marriage and less government intervention in the economy.

With this knowledge, it is important for us as news consumers, U.S. citizens and even reporters to double-check our own bias. It has been commonly said that newspapers, especially the more established New York Times, Washington Post and Los Angeles Times, subconsciously show a political alignment. The counter-argument is that the opinions and editorials in these newspapers are the only instances where bias is seen, and that the opinions are not a reflection on the newspaper as a whole.

But when it comes to the GOP primaries and the debates, the questions asked are being interpreted by the candidates as biased towards what Gingrich calls “the liberal elite.”

Is it sacrilegious to imply such a thing, especially at such a fine establishment as Stony Brook—long considered one of the more socially liberal colleges in the northeast? Perhaps. But the process of democracy and transparency requires all people to examine themselves and try to prevent cognitive dissonance.

Gingrich may be wrong to say that all media organizations are liberal, but it is certainly not too far-fetched to say that some news organizations subscribe to the cronyism seen within the White House administration and certain privileged publications. 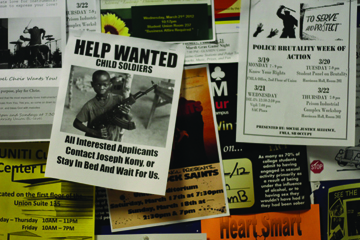