I wrote this piece to bring myself closure. It was a way to show that I wasn’t the reason it ended —  even though I did blame myself for a while. It was for a bunch of reasons, and the lack of time and effort that built up to the day when I decided to relieve myself of the relationship. I decided to write this through my ex-boyfriend’s eyes because it gives readers the chance to identify with both people in the story. You’ll get to see how I fell out of love, and the process of how he lost me.

By the end of our relationship, I could tell I wasn’t what was best for her. I would ask myself, “what went wrong?” I knew I didn’t deserve her. She would always prove her love and loyalty to me, but I still couldn’t trust her.

I didn’t see our breakup coming. We rarely fought — maybe that was a sign? Was she already done with me since the beginning? I was pretty terrible at communicating with Janet. She was always open with me, her family and her friends. She was the life of the party and I didn’t know how I fit in. Our relationship was doomed from the start.

We met during Thanksgiving break 2018. She added me on Instagram out of the blue and it instantly got my attention. After getting each other’s Snapchat, I found out she was my friend’s cousin, and that she lived in New York City. We started Facetiming every day and we both wanted to be together. On November 30, 2018, we made it official.

Two months in and it felt like I could see myself with her forever. We still Facetimed whenever we could and we made nicknames for each other. I was her “babie boybie” and she was my “bubble guppy.” I was definitely too young to think this way but it felt right. Being with her felt perfect. I wanted to be right by her side and to comfort her whenever she needed me.

The relationship wasn’t always terrible. When we were together, we’d be inseparable. Janet came over many times to meet Cali, my dog, and I loved her excitement. She was the first girl I ever introduced to my family as my girlfriend. She was incredibly happy to meet everyone and she fit in.

My birthday was on New Year’s Eve and we had a party at my place. It was the best birthday I had ever had — because she was there and my family loved her. We took many photos together and we danced all night. We found our song, “Dancing in the Moonlight” by King Harvest. I loved her radiant energy. The party was for me, but she stole the show because she was the new addition. I felt like I could dance with her for the rest of my life. To this day, I still can’t hear that song without thinking about her — and how different life is without her.

It was hard doing a long-distance relationship. I lived in Dumont, NJ and she lived in Brooklyn, NY. I drove an hour and fifteen minutes to see her. She didn’t have a car — so she’d have to take two trains to the Port Authority Bus Terminal, and then the 167 bus to see me. This would take about two hours.

In the beginning, she made time to see me and we went on dates. We couldn’t be there for each other all the time, and we would both be occupied with work and school — but when we were together, there was nowhere else I’d rather be. Her laugh made me feel so lucky to be her boyfriend and all I wanted to do was to make her happy.

But I didn’t try hard enough.

One day she brought up how worried she was when I forgot to text her before I fell asleep. I promised her that I would so she wouldn’t stress about where I was at night. I couldn’t keep my promise and it went on for months. At the end of the relationship, she seemed like she didn’t care whether I texted her good night anymore at all. She just knew I was asleep if I didn’t respond for a couple of hours. Making her worried was never my intention, but I never knew how to change my schedule for her — nor did I try. I’d wake up the next morning feeling terrible — and I’d know that she wasn’t fine.

anniversary. I was terrible at gifts — I never knew what girls wanted. Honestly, I just wanted to get it over with. Gifts weren’t that important to me. I just wanted Janet to be with me for our anniversary. On May 30, 2019, Janet came over and we were  happy to see each other.

When it came time to give the gifts, she definitely put more effort into it. She had one of her friends draw a portrait of us and it was perfect. Over those six months, she gave me a bracelet, a ring and a homemade book capturing a year of us together — and it was the cutest thing ever. She even got me socks with her face on them. Her gifts were insane, but they were very sweet. My gifts were terrible compared to hers. I felt so bad every time. I gave her lotion, lip balm and stuffed animals. At the time, I felt sorry that I couldn’t think of a gift that would show her how great she was. Janet told me it didn’t matter what gifts that I gave, but I felt as if she was slipping through my fingers. I wasn’t hearing her and I felt as if I wasn’t good enough for her.

Trust was one of the things Janet and I had trouble with. I always went on her Snapchat whenever I could. We went on each other’s accounts for a while, until she stopped. I don’t know why I always had the urge to check a guy’s chats — I knew her love for me was strong. She always texted me and tried to reassure me that I was with her for a reason — but it never worked completely.

Snapchat’s “best friends list” was pretty important to Janet. It showed who we were talking to most and although we were each other’s first, my entire list was girls and it concerned her. Some of the girls on my list came from Yubo, an app I used before I dated her to find friends and, on occasion, hookups. The girls on my list were good friends and I kept it that way — somewhat. Janet did have every right to be worried but I wouldn’t have cheated on her. Janet had guy friends but they were never on her best friends list. Every time one was brought up in a facetime, I’d restrain myself at first but after would ask who the guy was. There was no reason for me to not trust her but the thought was always in the back of my mind. I knew there were guys in her life. They were closer to her and I couldn’t understand why she picked me.

By the end of the relationship, Janet was not one of my priorities. We both felt that way. I look back at texts with her and I see, “Sorry that I haven’t responded in a bit I’ve been just so excited for The Boys: Season Two and I’m binging the episodes that are out right now.” Sleep was also very important to me and we had different sleep schedules. She’d go to sleep around 10:30 p.m. and wake up at 5 a.m.. I’d go to sleep around 7:30 p.m., wake up at 2 a.m. then fall back asleep at 4 a.m. until 2 p.m.

Another instance where I didn’t put her first was on my days off from work. I was usually too tired and would just chill in bed. I’d forget to check my phone and leave Janet wondering where I was.

To this day, I still don’t know why she stayed with me for so long. Janet knew what her priorities were. She set a schedule for herself and had a plan for her future. She knew who the right people were in her life. She had everything going for her at school. She was the girl that always wanted to try her best at everything, and wanted to make sure all her friends were happy and healthy. On the other hand, I had my bros — but they weren’t like my support system. Janet was my support system. Every Facetime I had with her always made my day, and I wish I could have told her that.

Communication between the both of us was almost non-existent. Janet felt that it was like talking to a wall half the time, she’d say. She was always open and honest with me — with her desires for the future and with her feelings for me, but I couldn’t reciprocate with the same transparency. Some of it had to do with how she knew what she wanted for everything. She knew she wanted to study journalism at Stony Brook University since her sophomore year of high school. She knew she’d want to live somewhere in the suburbs. She knew she’d want two dogs — one would be a chow-chow and the other would be up to me. We had many deep conversations, but I had no idea what my future was going to be like. I feared that she’d be disappointed in me — it felt like she was so much further along in terms of life than I was.

Eventually, we barely even texted each other at all. She had her school work and her friends to worry about,  and I had school and work. We both had separate lives now. As college started, I’d get mad every time a guy in her life was brought up, and I always wanted to be there with her. I wanted her to be in my future but I knew that she had bigger plans.

Months passed and I could tell that she had moved on. She’s blocked me on social media. I wanted to get over her, but her clothes are still here. Her gifts are still close to my heart and I still think about the plans we made. She moved on because I didn’t treat her right but I still want the best for her. I’ll always love her as my bubble guppy and I hope she finds someone that gives her the same love that she gave me.

From our one year and nine months, I’ve learned to never take a girl as loyal and kind as she was for granted. I’ve learned to take time to focus on myself for now because I truly loved Janet. I wanted to be there for her through it all, but she couldn’t handle my constant questioning over everything. I started drinking and smoking again, trying to forget her, but the feelings for her were still there. I wish there was something I could do to fix what we had — but all I can ask for is that she finds someone who appreciates and loves her as much as she does them.

I hope she finds someone who will have those deep conversations and dance nights with her. 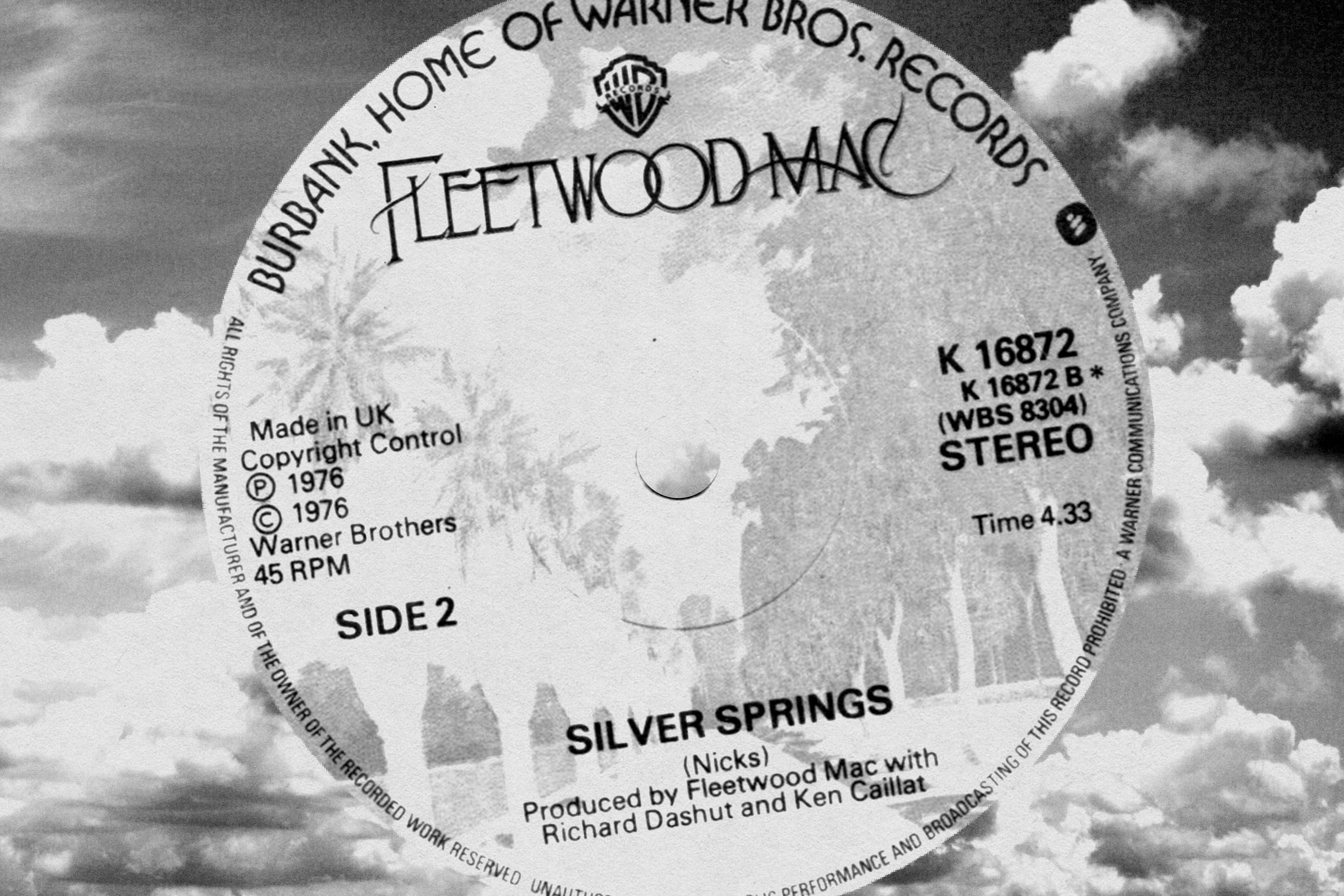 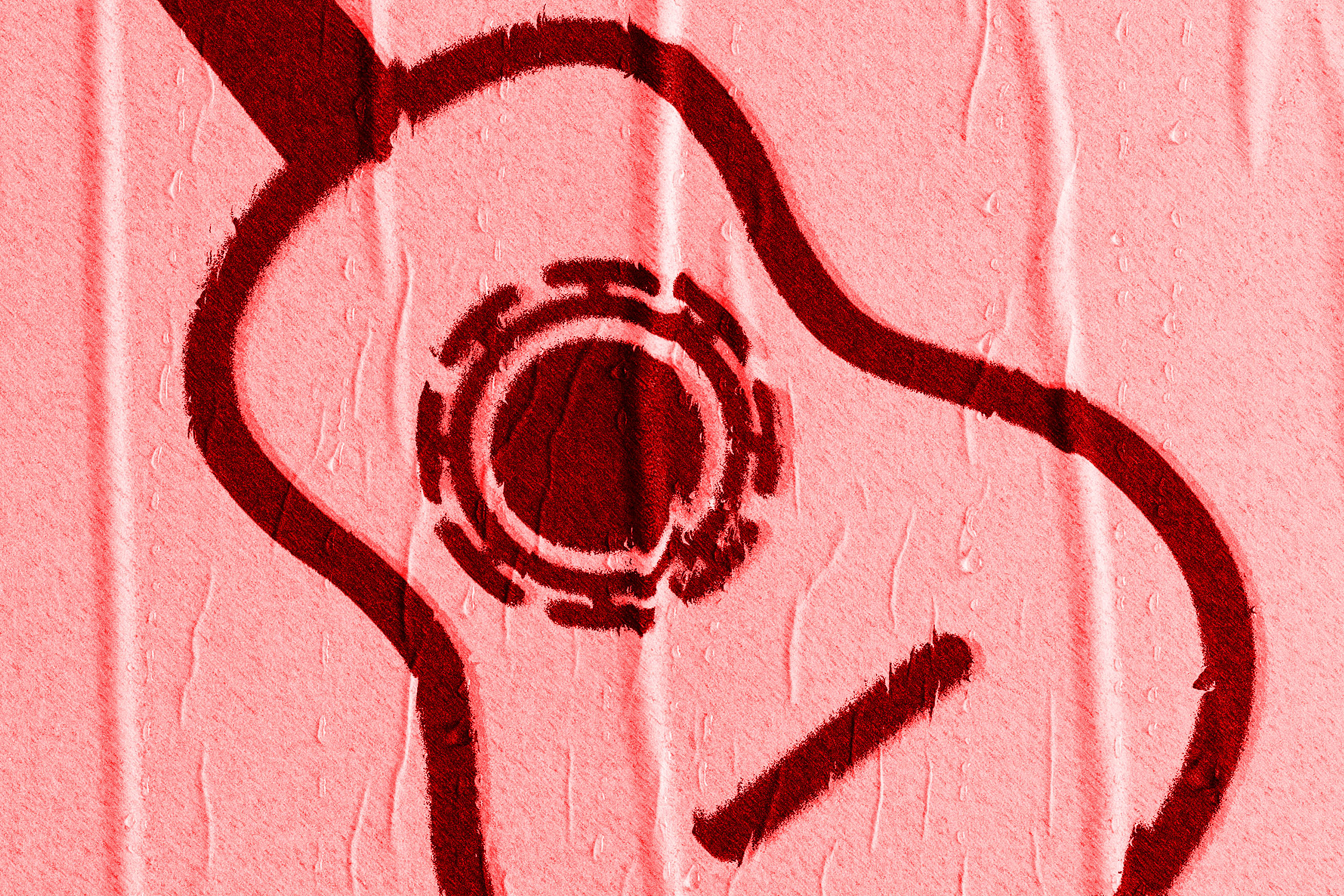