It is easy to mindlessly repeat the aesthetics and vocabulary of social justice; putting your money where your mouth is, on the other hand, proves far less convenient. We’ve become used to seeing this in action: Financial behemoths like Wells Fargo post surface-level tributes to diversity and inclusion in honor of Black History month — while their own history has been littered with predatory and racist lending practices, all supplementing their outsized complicity in the 2008 housing crisis, which disportionately harmed black communities and wealth. The FBI perform this too by draping their logo in the LGBTQ rainbow flag for pride month; the Bureau’s legacy, however, is one of mass discrimination and surveillance of queer communities, including AIDS actvists in the 1990s. Every superficial paean to movements for liberation by a corporate or governmental institution is, in all likelihood, tainted by material legacies which negate the stated tributes — however limited those tributes may be in the first place.

Higher education is not exempt from this. Its hypocrisy can be observed in centuries-old elite institutions like Harvard. In 2017, Harvard’s president admitted to the university’s complicity in slavery. Less than a year before this, Harvard’s administration also happened to be engaged in a labor dispute with the institution’s majority-black dining hall staff — who were striking for living wages in a lengthy struggle with its administration.

But the hypocrisy can also be seen, if not more covertly, in public higher education, such as in the SUNY system — including at our own Stony Brook University.

In the wake of the murder of George Floyd, SUNY Stony Brook opted for the easiest public-facing display of solidarity by participating in “#BLACKOUTTUESDAY,” a hashtag intended to show support for victims of police violence. Interim President Michael Bernstein and President-elect Maurie Mclnnes also sent out a campus-wide email expressing their heartbreak at the recent instances of police brutality and discrimination, including the “senseless murders” of Ahmaud Arbery and Breonna Taylor.

Towards the end of the email, the two call for the furtherance of social justice:

“We must stand up and speak out against injustice and ignorance. As a public institution of higher learning, we must use our power to address major societal problems. We want to reiterate and reinforce Stony Brook’s commitment to inclusion and acceptance of all who seek to work and study on our campus. We must actively work within our own communities to lead the change in our society we all want to see. By practicing inclusivity and celebrating the power and richness of diversity, we can stand together and remain unwavering in our embrace of the Stony Brook Community Pledge by promoting equality, civility, caring, responsibility, accountability, and respect.”

The statement, which restricts the scope of its commitment to the Stony Brook “community,” is telling, for Stony Brook University practices neither justice nor equality. This is evidenced by its continued business dealings with Corcraft, the brand name for the Division of Correctional Industries — otherwise known as New York State’s products of coerced prison labor.

Stony Brook, along with other SUNY Schools, government buildings and municipal institutions, contract with Corcraft, which has been granted “preferred source status” by New York State. This status exempts such vendors from competitive bidding laws, which allow them to sell their products to government institutions at an exceedingly low price, so long as they meet certain “form and function” requirements. This provision, as a 2017 Gothamist exposé pointed out, gives Corcraft monopoly-like power over the state’s institutions: Such institutions must purchase first from Corcraft if using state funds to procure items, namely furniture.

Most furniture at Stony Brook University, whether it be the couches in the commuter lounge, the beds in Tabler Quad or the desks in our classrooms, is very likely to have been made by prisoners — forced to work for an average of 65 cents an hour — for Corcraft, which makes upwards of $50 million a year for the state’s general fund.

If Stony Brook cares about social and racial justice, it should use its institutional power within New York State and refuse to contract with Corcraft — all SUNY schools should do the same.

The prison labor exploited by corporations like Corcraft has been made possible by the much-discussed Thirteenth Amendment of the U.S. Constitution, which prohibits involuntary servitude “except as a punishment for crime whereof the party shall have been duly convicted.” The clause is deeply implicated in the southern backlash to emancipation — it led to the rise of so-called Black Codes and the convict leasing system, which provided steady streams of forced labor through ludicrous expansions of criminal behavior, such as vagrancy laws. (The system has been explored by Ava DuVernary’s documentary “13th” as well as the PBS documentary “Slavery By Another Name.”) The courts acknowledged this prolongation of slave labor as such at the time. In the 1871 Virginia Supreme Court case Ruffin v. Commonwealth, the decision referred to prisoners as “slaves of the state.”

Inmates of the New York State prisons in which Corcraft operates, who are disproportionately black and latino, are prohibited from the rights usually afforded to workers — such as unionization, minimum wage laws, workers’ compensation for injuries and the right to vote. This has led to appalling conditions, which have been called slave labor by activists and those on the assembly lines themselves.

The clear exploitation of prison laborers is often justified — both morally and legally — as necessary rehabilitative work, preparing inmates with discipline and marketable skills for when they are released, and therefore not of a market-character and not “employment.” This, as academic research has shown, is a highly doubtful primary motive for such practices. In reality, prison labor regimes stress cost reduction (reducing the cost of mass-incarceration by generating revenue for a state’s general fund, as if mass-incarceration is a force of nature that must merely be dealt with and not a deliberate policy choice) and productivity. They also, as in the case of Corcraft, undercut private companies by their ability to offer goods at low prices due to the highly exploitative nature of their penal-labor dynamic and their procurement status.

As New York State’s funding for higher education continues to be less than it was in prior decades, universities such as Stony Brook look to pseudo-firms like Corcraft. Stony Brook and SUNY as a whole benefit from a coerced labor regime which pays paltry wages and provides no protection to its workers under the guise of “rehabilitation.” While state schools may be in a legal bind — compelled to buy from such vendors if they are to use state funds — this is hardly an excuse; SUNY Stony Brook is a highly influential institution with much agency.

This could take many forms. Campus administrators have no excuse if they are to be held to their own supposed standard of promoting racial and social justice; purchasing from a vendor that benefits from racist regimes of mass incarceration and convict labor is aiding those very regimes — whether they concede this or not.

SUNY Stony Brook and other schools could use their institutional muscle as clients of Corcraft to compel them to pay their inmates living wages and afford them the same rights as formal employees — they could do this by banding together to demand an amendment to New York State law, as activists have pursued in other states. Designating inmates as formal employees, and removing Corcraft from SUNY’s exemption list, would likely put Corcraft in violation of SUNY’s Anti-Sweatshop Policy, which requires contractors to adhere to fair labor standards. More tactfully, New York State finance law orders schools to purchase commodities from Corcraft as long as they fit a “form, function and utility” requirement; if this is not met, then schools can look to other preferred-status vendors down the line, such as the New York State Preferred Program for People who are Blind (NYSPSP) or New York State Industries For The Disabled (NYSID). Such “form, function, and utility” requirements are determined by the purchasing department, or procurement office, of each institution. If Stony Brook and other SUNY/CUNY campuses band together in refusing to approve Corcraft of meeting this requirement, this could certainly frustrate its near-monopoly status as a furniture vendor. This may be hard, but it’s not impossible — if corporate law firms and prison lobbying groups can get cute with their definitions of employment and rehabilitation, so too can schools with their specifications.

Schools can even skirt this altogether by using endowment funds for campus furniture instead of state funds — Stony Brook only receives 18% of its funding from the state anyway; it is increasingly dependent on the revenue streams from its foundations and has an endowment of $341 million — thereby avoiding the preferred source status. In cases where existing endowment gifts are earmarked for specific purposes, activists can mobilize public pressure in order to get donors to redirect their funds towards furniture, or pressure divestment from other areas such as fossil fuels.

There is no excuse for Stony Brook to aid and abet a system of unfair carceral labor that depends on the exploitation of people of color. If President Bernstein and President-elect Mclnnes really care about ending racial injustice, the burden of proof is on them to show they mean it. This means, among other things, refusing to engage with Corcraft as it currently operates. If Stony Brook expects us to sign a “community pledge” full of nonbinding bromides to inclusivity, we should return the favor tenfold: Stony Brook and all SUNY/CUNY schools should pledge to use their leverage to end such systems of exploitation. There has never been a better time to do so.

Throughout this article, there have been many references to instances of “hypocrisy.” But perhaps this is misguided. In reality, there is no such thing as belief without action. If there exists a contradiction between an administration’s stated commitments to ending racial injustice and its continued participation in a program and company that thrives off of said injustice, then it is not hypocrisy — it just means that they never actually believed it, at least not meaningfully so. This is a subtle distinction, but it is also crucial. Calling things “hypocritical” just muddies the waters. In calling for Stony Brook and other SUNY schools to challenge companies like Corcraft, we are not calling on them to not be hypocrites.

We are calling on them to believe in something. 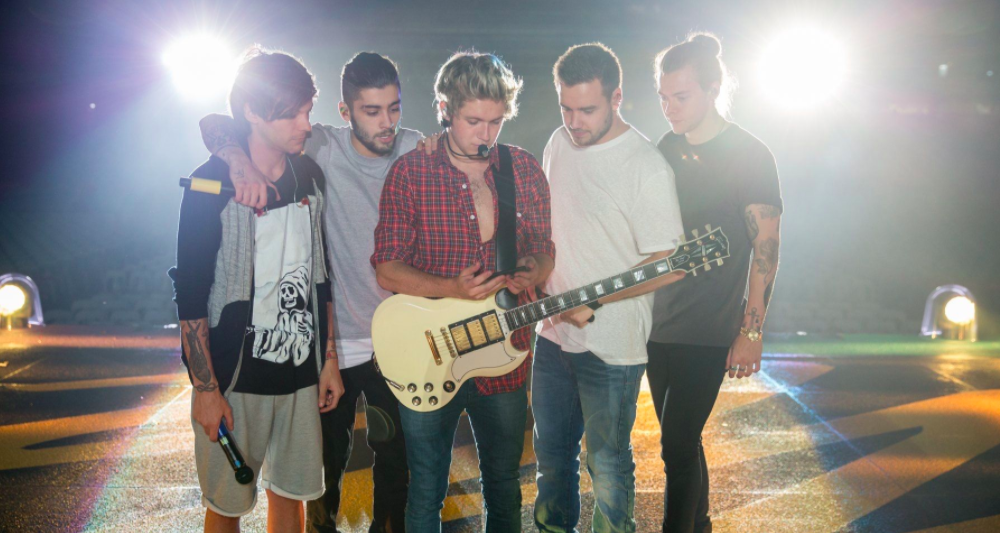 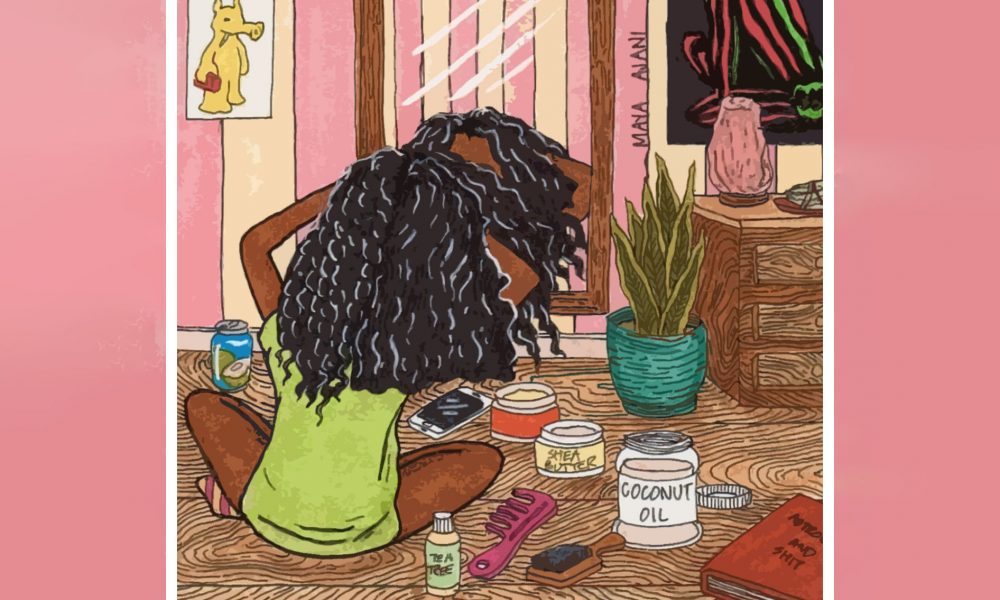