Being a younger kid between the late ‘90s and throughout most of the first decade of the 2000s, one of the things that’s stuck with me the most is the television. Yeah, the shows were great, but what I’m talking about in this case is what came between the shows and the commercials. What I’m talking about are the on-air promotions. The very thing that tells you what you’re watching. Sometimes they’re referred to as “bumpers” or “bumps”. You may recognize them as the text that comes on screen before the commercials with a voice-over that says “COMING UP NEXT…”

From their inception during the middle part of the 20th century, networks paid a decent amount of attention to the way that they presented themselves to the audience. The bumpers were seen as a way to get people in the mood for the entertainment they were about to watch. In a vague sense, they were like micro versions of a warm-up act at a live comedy event. This is something that would be kicked into overdrive in the 1980s, when networks such as Nickelodeon and Cartoon Network began crafting their promos to be more than just a promotional tool. They were used to create a persona around the network itself — to some extent, they even created a mini-universe.

One of the best examples would arise in 2004, when Cartoon Network came out with their “CN City” campaign. The concept was simple. Various characters from the networks past and present, rendered in 2D, would interact with one another in the backdrop of a CGI metropolis. These promos ranged from short and sweet to extended and humorous. Even beforehand, going back as far as 1999, Cartoon Network utilized programming blocks like Cartoon Cartoon Fridays to create a sense of fictional comradery amongst the cast of characters that they housed. Longer promotions also took form. A segment called “Toon Dating” featured Daphne from ‘Scooby-Doo’ and Johnny Bravo engaging in a “The Dating Game” parody. Another short would feature the “Scooby-Doo’ gang in an eerie ‘Blair Witch’ parody.

Near identical methods have been used by Nickelodeon. For example, in 2002, the channel premiered the “Nicktoons Summer Beach House,” a programming block where various Nickelodeon characters interacted with one another in a live-action Beach House in Encino, California.

Sometimes you didn’t even need to have characters or skits. Sometimes the more abstract, conceptual approach works, too. One of the places that did this best was Adult Swim. Recently, I came across a compilation of their old promotions that aired in 2002 and 2006. Though they change greatly in that four-year period, the general vibe is still there. For example, during the first two years of the programming block (2001-’03), the promos consisted of live-action stock footage of senior citizens swimming in an indoor public pool. Over this, an off-screen lifeguard would yell out what shows were coming up next, as well as yell corrections at the elderly inhabitants. As time went on, they began to focus more heavily on using still imaging with obscure or alternative music layered over it, primarily from artists like Flying Lotus or the late Japanese producer, Nujabes.

The role of these strange on-air promotions are best explained in a 2015 FADER article by Matthew Trammel, in which Adult Swim Head of Program Development Walter Newman explains:

‘“The bumps are the voice of the network, like your TV’s talking to you,” Walter explains. “We’re not pandering, like, ‘This is what young dudes like! Here’s the hot chick! Here’s the cool car!’ We’re just talking to them.” For example, when a dusting of snow rendered Atlanta traffic immobile this past February, a bump offered this first-hand account from the network’s ATL headquarters: “Some of us got stuck in traffic, had a 13-hour drive that ended in gridlock, left our car on the side of the highway, and immediately peed in the snow, capping the night off by writing Prince’s symbol in piss.” Cue the cut to the yellow-trailed snow.’

But the commercials for these channels shouldn’t be left out, as they did similar tactics as well. For example, in 2000, Nickelodeon and Cartoon Network did a cross-promotion in which Edd from “Ed, Edd, n’ Eddy” and Johnny Bravo infiltrate Nickelodeon to promote Cartoon Cartoon Fridays. The promo, written and produced by then Creative Director Steve Patrick, stylistically works in a similar method to the ways that their ads do.

Even aside from just entertaining, they served as a purpose to help promote smaller artists. Jason DeMarco is the Creative Director and Vice President of On-Air Content at Adult Swim. He’s also the Co-Creator and Co-Head Writer for Toonami, the anime-centric block that airs on Cartoon Network/Adult Swim. In a 2017 Pitchfork interview, DeMarco says:

“It was a way to go to an independent label that normally wouldn’t get this kind of exposure and money and offer them that in exchange for us being able to use their catalog on our air. Between that and me buying original music from people like Flying Lotus and Clams Casino, we developed our on-air feel.”

For a while, DeMarco’s twitter bio even exclaimed: “Send me your music here and when I have time, I will listen.” And that sentiment still remains to this day.

However, in 2019, a lot of this seems to have dissipated. Not just from Adult Swim, or Cartoon Network or Nickelodeon, but from networks in general. In a time where corporate advertising seems to be getting more and more sterile, this is to be expected. Since the 1970’s, corporate advertising has gotten progressively more and more standard and squeaky clean. The era of something like the famous “Whasssaaaap?!” Budweiser ad has been swapped with montage footage of ripped bros partying and sipping tallboys in slow-mo while something like Rev-Theory plays in the background. The creative spark of something like the famous Snowman-kid Campbell’s soup commercial has been swapped out in favor of disingenuous, pandering PSA’s from companies like Gillette and IBM. Why is this the case? Who knows. Some could argue it’s a matter of priorities and focus-group marketing morphing with the changing times. Others could argue that corporations have simply opted to choose a safer route to minimize any controversy. The safer and more algorithmically crafted, the better chance of someone being subconsciously hooked on said product.

Nevertheless, as a direct result of this dissipation of creativity, we get more standardized and more generic aesthetics amongst visual media. Things like this still live on the internet, and even then, you can find most of these aforementioned promos on sites like YouTube, but the creative potential is being squandered in real time. There used to be effort put into engaging with the audience and showing that the company itself gives a shit about those watching, and is willing to go the extra mile.

It’s things like this that have also gotten lost with a lot of the current wave of more standardized programming. Even going back to the music — how often do you watch a commercial where the music playing is the same pop tune or classic rock song that you’ve heard to death a thousand times over and under? At least with brands like Adult Swim — even to this day — they still try to maintain a certain artistic flair while also doing something to help the culture.

Eccentric television promos are something that helped you get in the mood for a show. They allowed you to get that ready-set-go feeling. They also helped you ease into the weirder programming. But they also created an interesting window into alternative art. They gave you something to look at. They maybe even helped turn you on to some new music. Maybe they even helped push someone’s creative ambition up a notch. It’s a shame that we don’t really see as much of this anymore. It’s a shame that eccentricity and creativity have been overshadowed by statistics and focus group testing. Hopefully, networks are able to get back to their roots someday. 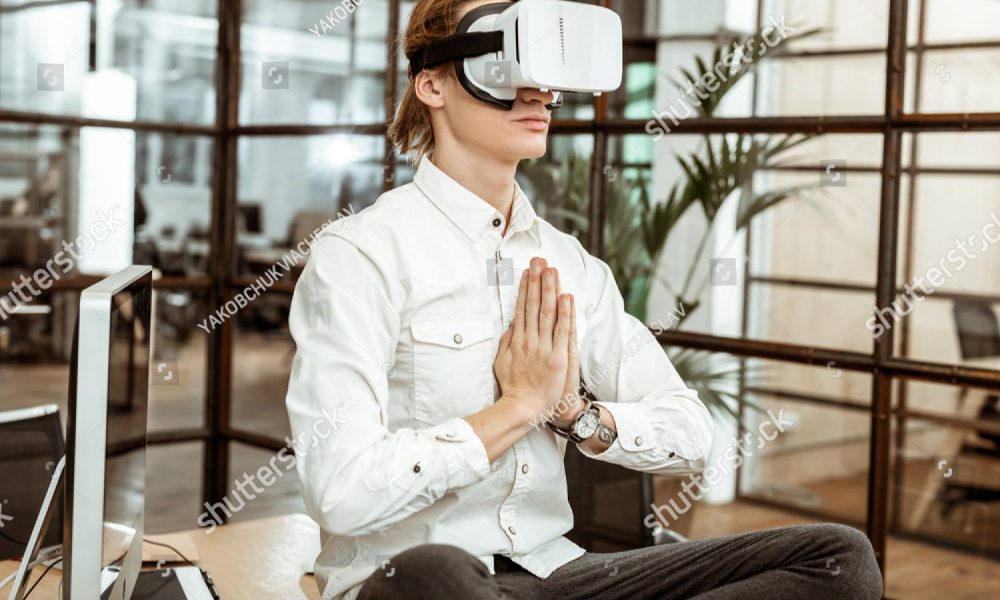 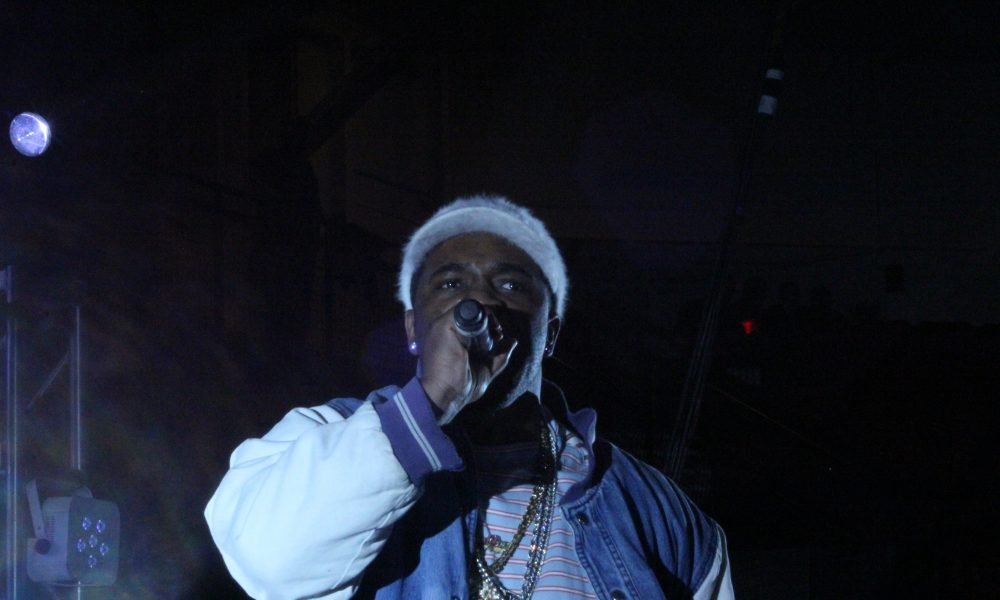