Sarah Azzara’s time was precious, but she was genial nonetheless.

She laughed as she held up a large folder thick with students’ work, work that would take her hours to correct. Her new office, where she plans to meet with students in one of her writing classes, is the first one she has had in several years of teaching.

She pulled up a spreadsheet with a group of highlighted names, saying, “I’m giving 30 minutes of help to each of these students.”

“Giving” would be an odd semantic choice for regular professors to use, but in the case of adjunct instructors like Azzara, the part-time nature of their work has them often performing, willingly, more than is technically required by their pay.

Adjuncts are part-time professors who work at the college level. They are non-tenured, have little to no job security, and get paid a couple thousand dollars per class taught. Their income, when calculated, equals a rather low-paying job or even one close to minimum wage. They are labeled differently depending on the academic subject and department. They are called adjuncts, associates and contingents. In essence, those words are semantics describing the same job.

But semantics rule the conversation around part-time professors. The word “contingent” is the best way to describe adjuncts, as their pay, the number and type of classes they teach, and even whether they will have work in the next semester is contingent on factors they can’t control.

Many adjuncts in the English Department were graduate students who turned to part-time teaching when their graduate stipends ran out. Some earned their Ph.D.’s but never managed to gain a full-time position and have stayed in the same department that granted their degree.

“Particularly in humanities, the job market is really, really, really tough,” said Jessica Curran, an adjunct professor in the English department. “There could be 700 applicants for one tenure-track position.”

Once a graduate student at Stony Brook, Curran was hired as an adjunct to cover the costs of her degree after her stipend for the graduate program ran out. She received her doctorate in 2012 and stayed on. While some of her classmates have left New York looking for jobs at other universities, Curran has stayed at Stony Brook for her own reasons. “I’m local,” she said. ‘My life has been here, and I’ve been here a long time.”

According to the American Association of University Professors, more than 50-percent of faculty in higher education hold part-time appointments. 70-percent of all appointments are of non-tenure track positions.

At Stony Brook, the gap between the number of full-time and part-time instructors has tightened. In 2002, Stony Brook employed 487 adjuncts who made up 36-percent of overall faculty. By 2013, that number had jumped to 712, comprising 41-percent of all faculty.

Douglas Silverman is the general manager of human resources at Nikon and teaches as an adjunct in the College of Business. Like other adjunct professors’ classes, base level classes taught by adjuncts for years have transformed into online classes. Silverman said he struggles to create a learning environment like that of a regular classroom.

“In a regular classroom, you can tell if they’re not getting it,” he said. “It’s much harder online. Sometimes, it’s like pulling teeth.”

Adjuncts are required to join United University Professions, the faculty union at Stony Brook. Many adjuncts laud the union’s success in providing one key piece of representation: Adjuncts who teach two or more classes receive health, dental and vision insurance.

Yet this victory occurred a while ago, or at least so long ago that the exact date of this deal’s signing has been lost to memory. Warren Randall, the part-time concerns officer at Stony Brook’s UUP chapter, said it could have been around 20 years ago.

“There isn’t a lot of leverage,” Shertzer said. “They are at-will employees.”

Shertzer blamed New York State and SUNYs for the lack of change on adjuncts’ position among New York colleges. “If the state would do what it’s supposed to do, if they were truly committed to an affordable and accessible SUNY, they would fund us at a sufficient level to care for patients and educate students,” he said. “It’s really that simple.”

Kevin Moriarity, the UUP chapter’s academic contingents executive, said that he has never seen a full-time adjunct come to the union office to speak about his or her problems, and he has yet to see the effects of any union campaigns for contingents’ rights.

“To be an adjunct only working at Stony Brook University, you could not sustain a lifestyle on Long Island,” he said.

While the administration establishes a minimum for how much adjuncts are paid, individual academic departments are in charge of hiring, paying and evaluating their adjuncts and giving out teaching assignments.

Not all adjuncts are created equal. Celia Marshik, chair of the English department, and other adjuncts quoted said that part-timers in English get $4,000 to $5,000 per class. Meanwhile, adjuncts in the College of Business reported earning $2,500 to $3,500 per class.

The discrepancy could reflect how many classes an adjunct teaches each semester. The College of Business website shows that its 35 adjuncts listed make up 40 per cent of the overall business faculty. Many work full-time at jobs in business and teach only one or two classes per semester. Kristina Lucenko, associate director of the Program of Writing and Rhetoric, said that the program has 20 adjuncts. Most are postdoctoral students. A few are advanced graduate students.

Some adjuncts teach at multiple colleges, and the differences between colleges can be striking. Speaking of campus officials at Suffolk County Community College, Matthew Miranda, an adjunct in writing at both Stony Brook and Suffolk, said, “You can run a meth lab in their classrooms and they wouldn’t even know it.” At Stony Brook, he said, there’s more personal attention to adjuncts’ work.

While departments use a variety of job titles to describe their adjuncts, some, such as the writing program and the English department, do not list their adjuncts on the department websites at all. Marshik said this isn’t a sign of disrespect. The problem is that the list of adjuncts changes semester to semester, and keeping the website current is difficult.

Other than the UUP, the other possible path toward change would be to bring concerns to the university’s administration via the University Senate, a faculty-run organization. Historically, and based on protocol, adjuncts can’t vote or run for office in the senate, and only full-time faculty and staff may participate at meetings.

Astronomy professor Frederick Walter was president of the University Senate from 2010 through 2014. While Walter said the senate does consider issues of interest to adjuncts, most adjunct issues are labor issues, which fall outside the senate’s purview. While expressing compassion for adjuncts’ difficulties, Walter said they are not part of the academic community. Tenured and tenure-track professors’ work includes not only teaching but also service, such as serving on academic committees, taking on responsibilities within their departments and research. Of adjuncts, Walter said, “You can’t ask them to engage in service. The University benefits from full-time professors, not only in the classroom.”

Semantics shape context. As more than a simple example, the word “university” shapes the conventions of the professors who work at such an institution. When instructors do not fit that mold created by that word, even if not by choice, they have less power. “We are not a teaching school,” Shertzer said. “At a research institution, research is an enormous component in evaluating and promoting faculty.”

“They say it is practically the only component,” he added.

Adjuncts have a harder time accomplishing the same level of college participation as a full-time professor. But for many adjuncts, that doesn’t stop them from trying. Curran has done writing workshops, taught yoga classes and held conferences with students. She lets students revise their papers, even though it means double the amount of work for a teacher already stretched for time.

Despite the seven years she spent getting her Ph.D., Curran said she still understands her situation is voluntary. “I knew it going in,” she said. Her spouse provides some security should she lose her job, but it is not necessarily the case with other adjuncts, and Curran knows this.

She doesn’t blame the departments. In fact, she believes the English Department is doing the best it can, but she has become disillusioned. Despite her strong standing, there is no guarantee that she will even have classes to teach next semester.

“You’re always leaning on something for support,” Curran said. “There’s no sense of security… The life of an adjunct is based on the idea that you simply don’t know.” 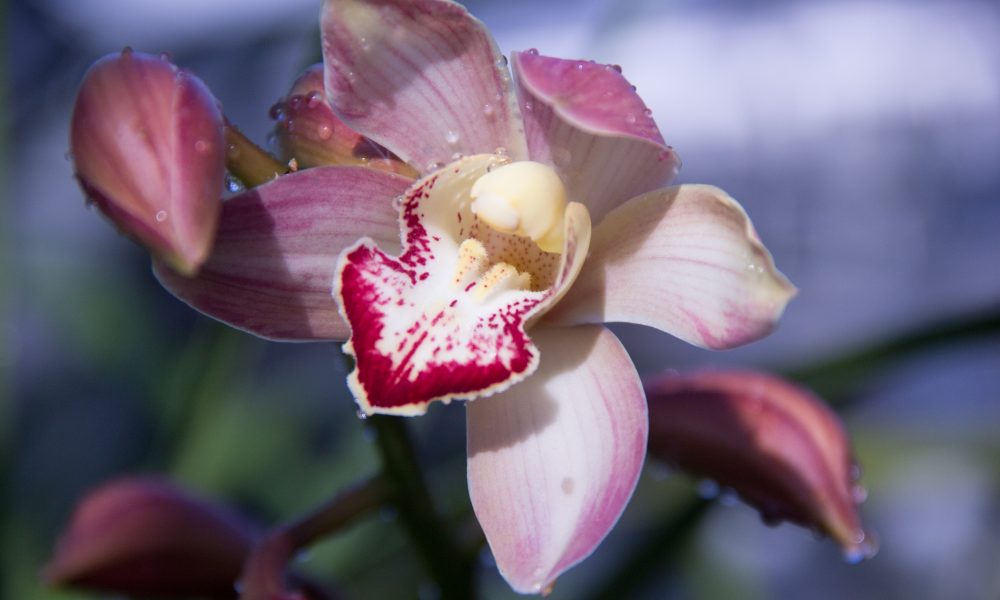 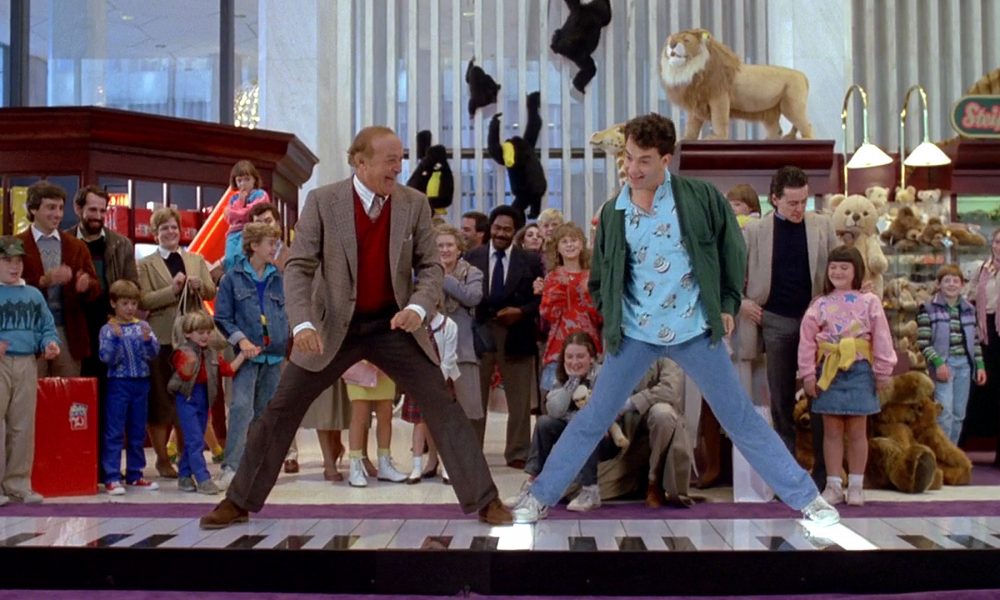