It’s hard to believe that next year marks They Might Be Giant’s thirtieth anniversary. Brooklyn’s premiere alternative rock weirdos have left their impact on nerd culture like no other band, and it’s reassuring for groupies like me that they haven’t slowed down. As you may know, TMBG’s fifteenth studio album, Join Us, released in July to decent reviews and sales. But that album is water under the bridge for They Might Be Giants, who have already released a new LP, the companion disc Album Raises New and Troubling Questions. It’s not necessarily a true album; it’s made up of tracks removed from Join Us and some quick pieces recorded during the tour. The band’s right: the album does make me question a lot of things. As always, the biggest question is: Is it any good? Well, that’s a harder question to answer than TMBG ever wanted.

Like all They Might Be Giants albums, ARNTQ is full of unusual lyrics and instrumentation backed by simplistic and catchy musical hooks. When an album begins with “O We,” a 48-second toy piano and accordion piece featuring nothing but a young woman saying “o we o” repeatedly, the tone of the whole thing is pretty much set. Other songs consist of a gravely-voiced list of objects like a banjolin and an Edna Ferber novel, an ode to internet celebrity Strong Bad, and the plight of a man frantically trying to learn the speed of light. If this seems too weird for you, you’re probably right. Unlike most They Might Be Giants albums, which manage to reach past their weirdness and embrace a lovable musical sense, ARNTQ never really manages to get there. Oh, there are quite a few good songs, like “Marty Beller Mask” and “How Now Dark Cloud?”, and a few fantastic re-issues of songs that were previously available elsewhere. Still, an equal amount of the songs are on the weaker side of the spectrum. If you, like me, love your daily dose of odd, this album is fun. But even I had some trouble getting through such tracks as “Mountain Flowers,” with its repetitive up-and-down rhythm, until several successive playthroughs.

The real problem is that Album Raises New and Troubling Questions is both only for the fans and not for the fans. Like many rarities compilations, it takes a true fanatic to fully appreciate the album’s oddities. But, as mentioned, the album’s greatest and most memorable tracks have already been made readily available for those of us who care. Such standouts as the brass covers of four 90’s TMBG classics, new rock piece “The Fellowship of Hell,” and the covers of Pixies’ “Havalina” and Chumbawumba’s “Tubthumping” are amazing, and I’d recommend them to anyone. However, they’ve been regularly featured on podcasts and free downloads over the past four years, so they’re not really “new album” material. It’s not normally a problem when a band does that on a compilation, but it’s difficult when that compilation is being targeted at people who definitely have those already.

But even with these tracks considered, if you’re not already obsessed with They Might Be Giants, do yourself a favor and don’t start here. But if you’re a big fan who’s eager for any new material, no matter how bizarre or unpolished, give Album Raises New and Troubling Questions a try. At the very least, you get some cool music videos and the instructions to make your own model monster truck hearse. And real They Might Be Giants fans will understand that.

The Suicide of the Movie Industry 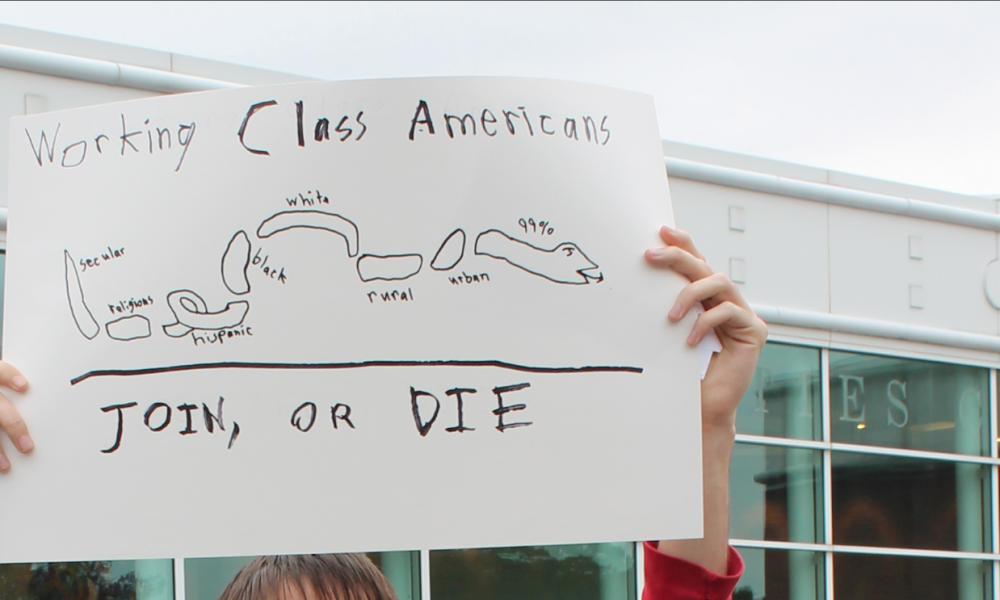